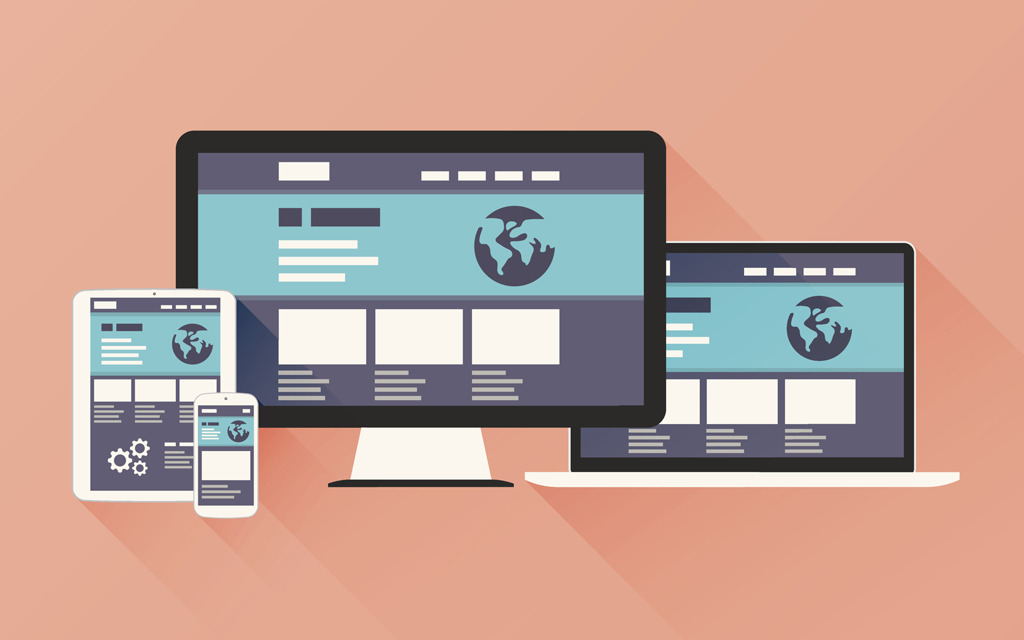 A crowded slate of Mac apps aim to make building a full-featured, modern website drag-and-drop simple. Many even support one of the most crucial new web trends: responsive design, which can automatically switch up your layout to look good on a widescreen monitor, a tiny smartphone, or anything in between.

While no single program currently offers all the power, flexibility, and simplicity I’d hoped for, I did find two particularly strong contenders that at least came within shouting distance of that ideal.

Even before you begin, Blocs has done the hard work for you, building snippets of sample code that you can mix, match, customize, and stack. Just pick a clearly color-coded section of your design—header, body, or footer—and choose a chunk of layout to add, whether it’s a fancy screen-filling photo, a few columns of text, or a swath of smaller icons or images. Once it’s in place, you can tweak the template to suit your needs. At every turn, Blocs tries to sweat the small stuff so you don’t have to, including a navigation menu that’ll automatically update as you add new pages to your site.

Spartan but clear thumbnails help you choose which chunk to add next, and accurately represent what you’re getting. While you’re limited largely to that ready-made collection, Blocs offers a wide enough selection of appealing elements to build an appealing site. And since all the code’s prebuilt, every site you make in Blocs has responsive design support baked in, without any extra effort on your part. The sample site I built looked great on big and small computer screens, good on my iPad, and decent enough on my iPhone 5S.

Blocs’ balance between a sparse selection and effective results also applies to its feature set, including a limited but appealing roster of fonts, and its extremely basic control over text styling and padding. That deliberate simplicity helps keep new users from getting overwhelmed, and further flattens out the already gentle learning curve.

Blocs’ stark, dark design departs from Mac conventions, and some aspects take a little time to learn. Instead of bringing up contextual menus, right-clicking brings up a palette of individual page elements you can add to the existing code. Placing objects on the page can occasionally feel a tad squirrely, though it’s easy to undo mistakes or move a misplaced item.

Blocs is a work in progress, and its creator’s laid out an ambitious, intriguing slate of potential upgrades. For now, Blocs sets modest goals, but carries them out impressively well.

Read the full review of Blocs

Top choice for everyone else: EverWeb

When creating a site, you can choose from an extensive slate of great-looking, up-to-date templates, or start from scratch. Like Pages, EverWeb lets you draw text and image boxes or other shapes directly onto your page, then position and style them as you wish. I liked the program’s clean design and well-crafted interface. It lacks a grid or guides to keep your page tidy, but EverWeb will automatically or manually align elements by their edges or centers. The layout engine sometimes had trouble accurately aligning full-width elements, but otherwise proved fun and responsive.

EverWeb offers more options for CSS styling than Blocs; it won’t give you precise control of every element, but it provides enough choices to make a nice-looking site. Top-notch prebuilt widgets, including image sliders, image galleries, navigation menus, and more, are easy to edit and customize, and they yield great results. I was particularly impressed with the PayPal widget, which lets you build a full-featured online store with minimal time and effort—an ability most rivals either don’t offer or charge extra for.

Rather than supporting responsive design, EverWeb provides mobile versions of many templates, and builds in an easy way to redirect mobile users to those pages from their desktop counterparts. That solution gobbles extra server space and bandwidth, but can also be less hassle than trying to reconfigure the same design to fit different-sized screens. Other clever workarounds let you expand EverWeb’s font roster with your own picks, a feature found in too few of its competitors.

The code EverWeb produced was somewhat messy in the version I tested, though by the time you read this, an update promising sleeker results may be available. Still, I enjoyed EverWeb’s terrific balance between friendly design and a robust feature set.

Read the full review of EverWeb

Macaw excels at its finer points. You can tweak nearly every CSS style attribute via well-designed palettes, and build custom style classes to apply to any element on your page. Smart scripting support lets you drag in existing variables and color swatches as you write your code. And only Macaw offers pixel-precise control over responsive design, letting you set breakpoints at multiple screen widths, then rearrange your design to best fit each one.

But while it gets the little things right, Macaw seems to struggle with the big ones. I found layout exasperating, as if the program were always fighting me. The help files are sometimes confusing and often incomplete—bad news for a program as dense as this one. You can only add to its limited list of fonts by paying for a subscription to Adobe Typekit. And rather than focusing on fixing these gaps in the existing version, Macaw’s creators seem instead to be working on its new sibling, Macaw Scarlet, which promises even more sophisticated features.

Read the full review of Macaw

RapidWeaver’s by far the best choice here for building a blog or a podcast, with excellent, easy support for adding new entries and episodes. But I didn’t like how it forced me to flip back and forth between the raw content on my pages and a full preview of how they’d look online.

If you want to branch out beyond its small slate of templates, keep your wallet handy. The app’s online market of powerful plugins offers tons of new capabilities and professionally designed themes. But their considerable cost could quickly add up to more than you paid for RapidWeaver itself.

Read the full review of RapidWeaver

The rest of the pack

Read the full review of Sandvox

Read the full review of Sparkle

Text editors are cheap or free, as are resources to teach yourself HTML, CSS, and jQuery—all more intuitive than they sound, even for non-geniuses. But that education demands dedication, time, and persistence, especially since today’s cutting-edge code quickly becomes tomorrow’s cobweb-covered embarrassment.

If you’d rather opt out of that Red Queen’s race, you’ll at least have a few good choices, whether you pick Blocs’ sleek simplicity or EverWeb’s user-friendly flexibility. I suspect Mac users will have even better, more complete options for building websites in a year or two. But for now, those two are the best of the bunch.