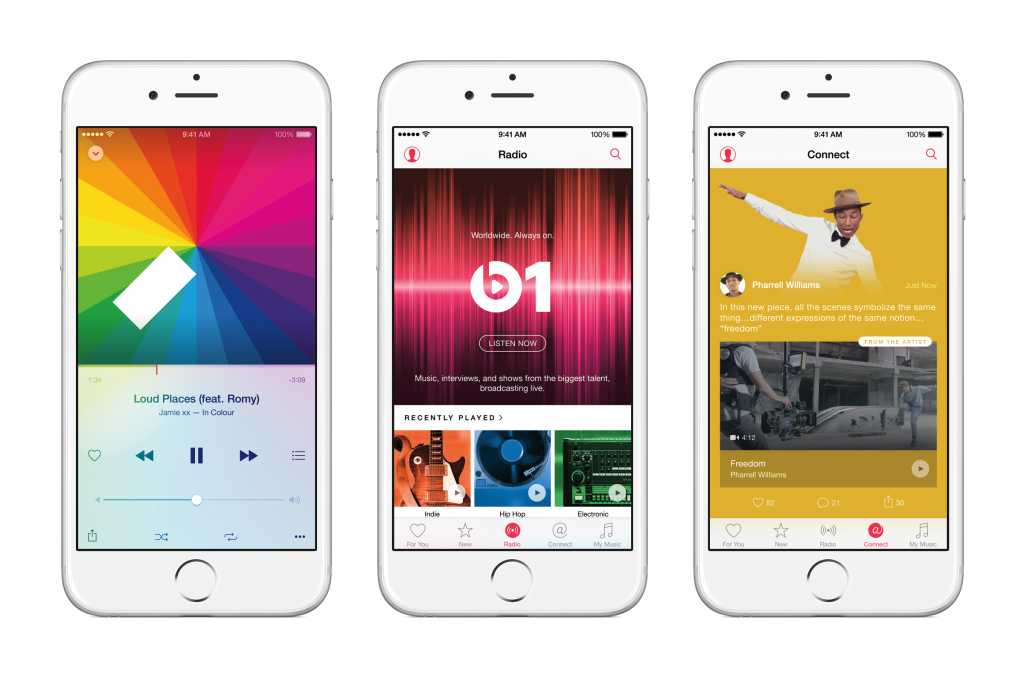 Apple Music’s free three-month trial, which began when the service launched on June 30, is winding down for those who signed up on day one. Now it’s time to decide whether Apple deserves your monthly payment, or if you should return to the streaming service you abandoned for the last three months with your head hung low in shame.

For some, the decision was made shortly after the trial began, when iCloud Music Library ran roughshod over carefully curated iTunes catalogs. For others, the marriage of purchased tracks with streaming ones is the ultimate music solution. There were some early bugs that have been mostly worked out, and three months in, it’s time to decide whether to pay up or split.

So, let’s break down the pros and cons of subscribing to Apple Music versus another streaming service.

How Apple Music stacks up to its rivals

There are several music-streaming apps on the market with a variety of features at different price points. You don’t get a whole lot for no money—and you’ll certainly get an ad-supported service in exchange for free listening—but some services have free tiers if your monthly budget is tight. Or if you want to go big, $19.99 per month will get you a high-fidelity audio subscription (and Prince albums) on Tidal.

Here’s a handy chart we created to show you where Apple lands in this ecosystem. (Just click it to enlarge.)

Siri integration: No other music-streaming app can compete with Apple on its home turf when it comes to service integration, at least not until Apple opens Siri up to third-party applications (and there’s no evidence that will happen anytime soon). And using a personal assistant to do the heavy lifting (or endless tapping) for you in Apple Music makes the app’s sometimes confusing user interface, like options buried in menus behind tabs, easier to bypass. Just tell Siri what you want to do and she can help. Here’s a complete list of how Siri can make navigating Apple Music a breeze.

Human-curated playlists: Apple Music’s precise playlists struck a chord with listeners because they’re created by real people. That means instead of algorithms detecting songs that mention the word “summer” for a beachy playlist, you get curated tunes that evoke the spirit of summer. There’s a playlist for every mood and activity, though Apple could make finding them a little easier.

Discovery: I don’t know about anyone else, but I’ve discovered more new music with Apple Music in the last three months than ever before due to two features: the For You tab and the live radio station Beats 1. For You recommends albums and playlists to me based on what I’ve listened to and liked in the past, and it’s often scary how on point those recommendations have been. I had no expectations for Beats 1, though Apple bet big on the station with three big hires from the radio world, and even if it’s not always my cup of tea, I usually hear songs I would’ve never found on my own and end up loving them. I first heard one of my favorite songs this summer, Jack Garratt’s “Weathered,” on Zane Lowe’s show in the station’s early days. Beats 1 is something no other service offers, and it’s a huge selling point (though you can also listen for free if you give up your subscription).

User interface needs work: Apple Music’s options can be a little confusing sometimes, though the app has definitely improved in iOS 9. Little bugs like needing to add a song to My Music before being able to add it to a playlist have largely gone away, in my experience, and now you can actually tap on an artist’s name when looking at an album or a song and navigate to the artist’s page. These are small tweaks, but meaningful ones that should’ve been in place from day one.

Apple isn’t good at cloud services: This is a refrain I’ve heard often since Apple Music launched, and the kerfuffle over iCloud Music Library and iTunes Match DRM wreaking havoc on some users’ libraries proved that Apple has some work to do. We won’t even get into the history of .Mac and MobileMe, but suffice it to say that the company has a long, tumultuous relationship with the cloud. And when iCloud services go down, as they sometimes do, there goes your ability to stream music.

Lacks a free tier: If you don’t have $9.99 a month, you can’t use the bulk of Apple Music’s features, not even if you agree to listen to ads. Apple is bypassing the freemium model that worked well for Spotify and Rdio, likely because record labels aren’t a fan of letting people listen to music for free even if ads are part of the deal. For some listeners, that’s a dealbreaker. You can still listen to Beats 1 and select ad-supported radio stations, and see content that artists share via Connect, but it’s not the on-demand with ads you’ve come to expect from other services (though that appears to be a dying model).

Pro for some, con for others

Apple Music sprang forth from iTunes, which means three things for you:

Some users prefer to keep their MP3s and their streaming libraries separate. Others like to live on the edge. And let’s not forget an entire generation of music lovers are growing up streaming, not buying, the tunes they love, and for whom mingling two libraries doesn’t matter.

The Macworld staff will share our decisions tomorrow, but we want to hear from you: Are you sticking with Apple Music, or picking a different service? Tell us why.