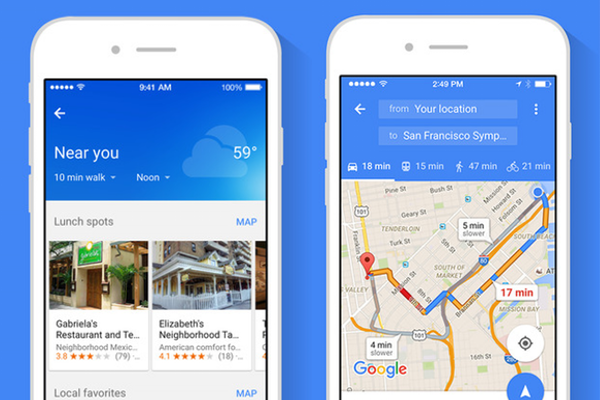 Google finally made a Maps app for Apple Watch, but it’s pretty lackluster, especially compared to Apple’s native Maps app for the watch.

I was waiting for Google Maps to arrive on my wrist for easily accessible public transit directions, but iOS 9 and watchOS 2 put Apple’s own transit directions on the watch. Now, comparing Google’s new Maps offering to Apple’s, it’s obvious Google didn’t put a whole lot of work into its watch app.

If you launch the app on the watch first, it’ll give you a quick option to route your way home or to work, if you have those destinations stored in the iPhone version of the app. If you map a route on your phone, you can view directions on your watch. There are no actual maps to see in this Maps app, though, unlike Apple’s native Maps app.

You also can’t start searches on the watch using voice search, like with Apple Maps, and Google’s app doesn’t yet make use of haptic feedback to guide you with various vibrations, like Apple’s does.

Google wants to show support for iOS, which is great news for iOS users who love Google’s apps, but it’s not developing anything amazing—and that’s a recurring theme. A news and weather app and a mapping app are both perfect use cases for the watch, and yet Google News & Weather and Google Maps are both completely lackluster. They get the job done, but there are plenty of other options that are just plain better. Apple can finally claim mapping dominance—on one device, at least.