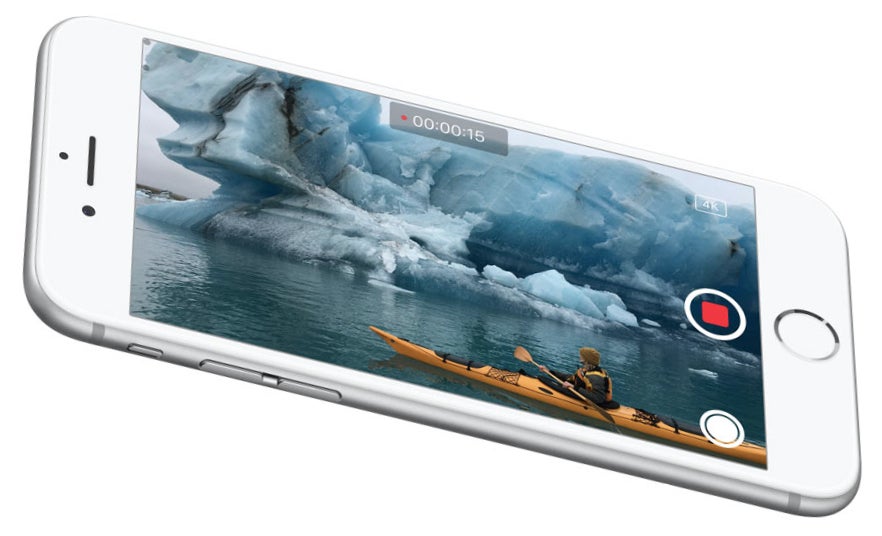 Now that there’s an iPhone that can shoot 4K video—yes, yes, Android users, we see that face you’re making—we thought it was time to put together a nice, simple guide to 4K video, explaining what it is, what it means, and how—and when—to use it.

Firstly, the “4K” that 4K refers to is the number of pixels across a video file’s horizontal dimension—which is around 4000. (Note that HD resolutions usually refer to the vertical dimension, just to keep you on your toes.) HD video, the previous standard, came in a few specific versions, but today most of us would understand it to mean 1080p, that is, a video resolution of 1920-by-1080 pixels. Compare those two horizontal measurements, 1920 and “around 4000,” and you’ll note that 4K video has more pixels. That is, all things being equal, 4K video contains more detail than HD video, in a similar way to how a Blu-ray’s image has more detail than a DVD’s, and so images look sharper and more lifelike. (There are lots of technical details about codecs and color spaces and frame-rate that can get in the way here, but let’s not get bogged down.)

Pedants will, with some justification, howl at this gross simplification, but here goes anyway: Basically, 4K video looks better than HD—so long as you’re watching it on a screen that has enough pixels to display all its detail.

The reason we’ve said that 4K is “around 4000” pixels across is that “4K” is a bit of a catch-all term that can mean a few different things. Remember when HD first appeared and we all got confused about how “HD” would be used to mean 720p, 1080i, Full HD, HD Ready, and so on? Yuk. Well, it’s all happening again with 4K. If you’d like to, you can familiarize yourself with the technical details of all the standards that get lumped together under the umbrella term “4K” on Wikipedia, but let’s keep things simple by sticking to the flavor of 4K you’ll be creating if you have an iPhone 6s or 6s Plus.

To shoot 4K videos on these devices, go to Settings > Photos & Camera > Record Video and tap the bottom setting: 4K at 30 fps.

This means, if a little counter-intuitively, that each pixel that an HD video would have shown is represented instead by four pixels in a 4K video.

“Fps” means frames per second, and refers to what you can think of as the “flickeriness” of the video. 30 fps is completely fine for most stuff, but having the option of 60 fps not only creates less flickery video, but also gives you the option of slowing the footage to half speed in an editing program without it looking crappy. You can’t, incidentally, at least on 6s-generation iPhones, shoot more extreme slow motion at 4K—you’re limited to 1080p at 120 fps or 720p at 240 fps.

When should I shoot in 4K?

There are reasons to choose to record in 4K other than “because it looks more detailed.” The first reason is that it’s buying you a modicum of future-proofing—since today’s 1080p videos will quickly start to look as quaint at the grainy QVGAs we used to squint at in the early days of QuickTime—but the second is that it gives you some more options when it comes to editing.

We all know how rubbish a low-res image looks when it’s scaled up too far, all blocky pixels and compression artifacts, and the same is obviously true of video as well. Because you have more detail there in the first place with 4K video, even if you’re slightly recomposing scenes which will ultimately be shown at 4K, you can push blowing up the source image a reasonable amount before you start to see it look bad. And if you’re outputting instead to HD rather than 4K, then oh my, do you have creative options. Consider the frame below. If you’d filmed it in HD, that’s pretty much all you could do with it, because in most contexts we expect HD-quality footage these days, and you can’t enlarge the frame much without it looking soft or, at the extremes, pixel-ey.

But if you’d shot it in 4K and intend your finished film to be shown at HD—at 1920-by-1080—then because HD res is a quarter the size of 4K, you can crop nice HD-sized chunks, cookie-cutter style, out of the middle of the 4K footage, so you have lots of creative options in post. You could, for example, “zoom in,” and if you go all the way to HD dimensions, you can zoom in pretty far—the white rectangle below shows the equivalent of an HD-sized chunk in the middle of a 4K capture.

So that when shown at HD, instead of…

Of course, you don’t have to cut a chunk out of the middle. You might decide to completely recompose your shot:

Or you could instead crop in and then pan across the scene for a completely different effect:

As it happens, even iMovie on the iPhone 6s, 6s Plus, and iPad Pro can edit 4K video, so you have that as an on-the-go option. Unless you’re quickly throwing together a few highlights of your holiday while sipping a piña colada by the pool to make your co-workers jealous, however, you will probably want to take your 4K footage onto your Mac for any serious editing, and of course heavyweight apps like Final Cut Pro and Premiere Pro can handle 4K with aplomb.

As of this writing, iMovie on the Mac doesn’t fully support it. You can import and edit 4K footage, but output options are limited to 1080p.

Sharing 4K footage directly from your iPhone can be sticky. If you use the standard share sheet from the Photos app, then the YouTube option, for example, will limit you to HD, but you can upload 4K from within the stand-alone YouTube app.

Some apps, sadly, just balk when you try to feed them 4K video from the standard camera picker, but that might change in the future as the apps update, or you can always sling clips into an empty timeline in iMovie on your iPhone and export as HD, and then pick that version in the app you want to use. And that’s probably not a bad idea as 4K at the moment is just a little overkill-ey for sharing on social media and the like even if you can, and woe betide your data usage if you’re on a capped service. (Plus, it will take a long time to upload.)

Still, if you’re lucky enough to have at least a 64GB iPhone 6s or 6s Plus, and/or you’re disciplined enough to copy footage off your phone regularly for editing or archiving, we’d cautiously suggest you do switch to 4K for shooting regular footage, unless you really like the look of 60 fps HD footage, if only because it gives you flexibility and a little insurance for projects and playback in the future. Yes, it sounds slightly mad, but look back at the shots you took with your first digital camera and you’ll curse their low resolution. Today, you have the opportunity to shoot at a higher resolution than you need right now, giving you some useful options later. Because who wouldn’t want to relive that time you fell over in the park at the highest possible quality?