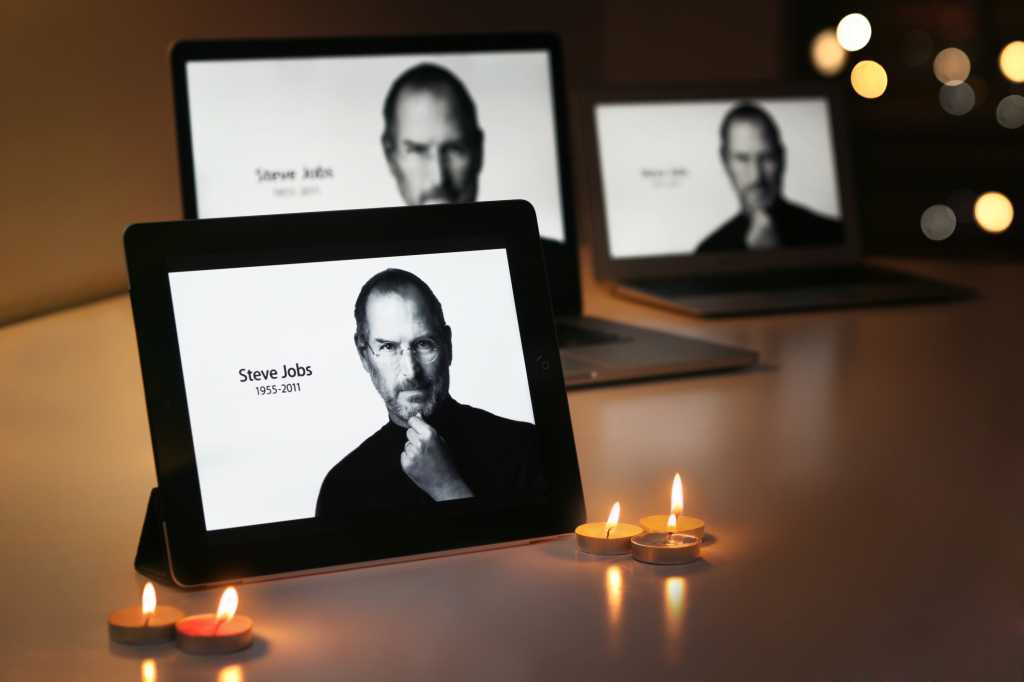 Monday, October 5, marks the fourth year anniversary of Steve Jobs’ death. He would’ve been 60 this year.

“He was unselfish in the face of his own mortality,” wrote Cook, recalling his last days with the iconic Apple co-founder. Cook shared how he had offered Jobs a portion of own liver for a donor liver transplant, but Jobs refused.

“Even when his outlook was bleak and he had every right to accept help, he refused, rather than put a friend’s health at risk,” Cook continued. “He put his compassion for me above his own needs, and I will never forget it.”

Below is Tim Cook’s essay in full, as first posted on BuzzFeed:

In February of 2009, Steve was on a leave of absence from Apple and spending his time at his home. I would drop by after work and discuss many things with him. He was waiting for a liver transplant and his health seemed to be rapidly deteriorating. One day in particular, he seemed especially ill and I left feeling so distraught that I threw up in his yard.

I was worried he would not live long enough to reach the top of the waiting list for a cadaver liver. After checking out my own health and researching donor liver transplants, I visited Steve again and told him I wanted to give him a portion of my liver. Despite his condition and the uncertainty of whether he would live long enough to be at the top of the waiting list, he adamantly refused to accept my offer for fear it would place my own health in jeopardy.

That was the kind of person he was. He was unselfish in the face of his own mortality. Even when his outlook was bleak and he had every right to accept help, he refused, rather than put a friend’s health at risk. He put his compassion for me above his own needs, and I will never forget it.

“He loved his family above all, he loved Apple, and he loved the people with whom he worked so closely and achieved so much.” – Tim Cook

Cook also sent a company-wide email to all employees on Monday, urging them to remember who Jobs was and what he stood for. The email read:

Today marks four years since Steve passed away. On that day, the world lost a visionary. We at Apple lost a leader, a mentor, and many of us lost a dear friend.

Steve was a brilliant person, and his priorities were very simple. He loved his family above all, he loved Apple, and he loved the people with whom he worked so closely and achieved so much.

Each year since his passing, I have reminded everyone in the Apple community that we share the privilege and responsibility of continuing the work Steve loved so much.

What is his legacy? I see it all around us: An incredible team that embodies his spirit of innovation and creativity. The greatest products on earth, beloved by customers and empowering hundreds of millions of people around the world. Soaring achievements in technology and architecture. Experiences of surprise and delight. A company that only he could have built. A company with an intense determination to change the world for the better.

And, of course, the joy he brought his loved ones.

He told me several times in his final years that he hoped to live long enough to see some of the milestones in his children’s lives. I was in his office over the summer with Laurene and their youngest daughter. Messages and drawings from his kids to their father are still there on Steve’s whiteboard.

If you never knew Steve, you probably work with someone who did or who was here when he led Apple. Please stop one of us today and ask what he was really like. Several of us have posted our personal remembrances on AppleWeb, and I encourage you to read them.

Thank you for honoring Steve by continuing the work he started, and for remembering both who he was and what he stood for.

The story behind the story: In the wake of several unflattering portrayals of Steve Jobs on the big screen, Apple’s top brass is hoping the Apple co-founder is remembered fondly.

Danny Boyle and Aaron Sorkin’s long-awaited Steve Jobs movie hits theaters this Friday, October 9 in a limited release (with a full release across the U.S. on October 23), and early reviews suggest that depictions of Jobs’ personal flaws were not left on the cutting room floor.

Movie critic for the New York Post Lou Lumenick wrote: “I came away with the feeling that the filmmakers were practically implying that [Jobs’] early death at 56 was some kind of karmic payback.” Ouch.

Even those who haven’t seen the film and knew Jobs personally expected this harsh treatment from Hollywood. Jobs’ widow Laurene Powell Jobs apparently lobbied to have the film killed, according to The Wall Street Journal. When late night TV host Stephen Colbert asked Tim Cook about the movie, Cook called it “opportunistic,” a criticism that screenwriter Sorkin strongly contested.

“If you’ve got a factory full of children in China assembling phones for 17 cents an hour, you’ve got a lot of nerve calling someone else opportunistic,” Sorkin told The Hollywood Reporter. The screenwriter has since apologized for his jarring response.