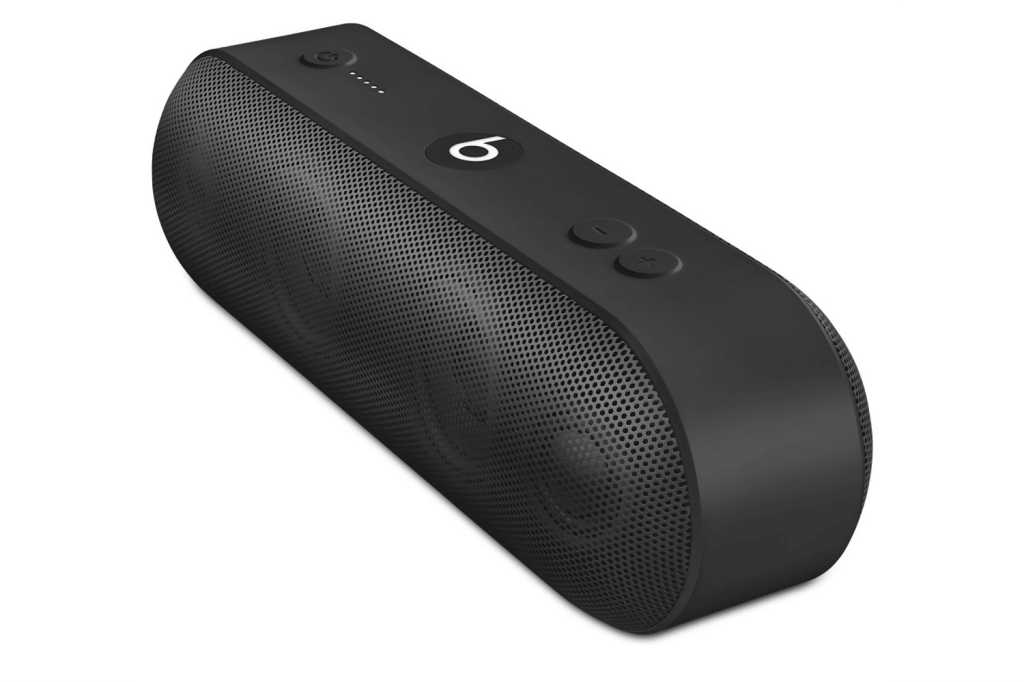 Apple’s influence on Beats hasn’t been seen in the audio company’s products since last summer’s acquisition, until now. Beats is getting ready to release a brand new Bluetooth speaker that has Apple written all over it (metaphorically, of course—the signature Beats logo still speaks loud and clear).

The Beats Pill+ is the first speaker produced under Apple, and it shows, according to The Verge. The $229 speaker still looks like a pill, but it comes in a simplified black or white, topped with four buttons and compatible with Apple’s Lightning chargers. The Verge notes that the Pill+ has a 12-hour battery life and will ship alongside a Pill+ app for iOS and Android that will let people sync their devices to the speaker or link one Pill+ to another.

The new speaker comes three years after Beats introduced the first Pill, and in those intervening years, a slew of other Bluetooth speakers launched. Many are better and cheaper than the Pill, and waterproof to boot. Apple had to recall one of its own Beats-branded speakers, the Pill XL, after reports that the monster speaker’s battery could pose a fire risk. Apple is now exerting its influence on Beats products, which means buyers can expect higher-quality speakers from now on—and our fingers are crossed that better Beats headphones are also on the way.

Why this matters: Speaker technology is improving by leaps and bounds, so if you bought an original Pill (or another Bluetooth speaker) a few years ago, you might be ready for an upgrade. According to Wired, the sound on the Pill+ is far clearer than the Pill, though no one has yet been able to fully test the new Beats speaker. It debuts in November, so stay tuned for the Macworld review of the Pill+ next month.

This article was written by Caitlin McGarry.