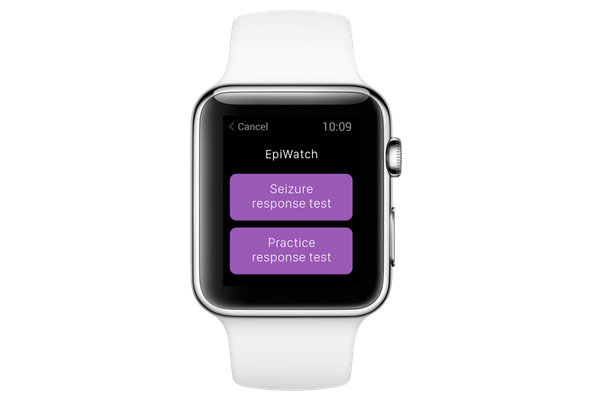 Apple made it really easy for doctors to study patients with the open-sourced ResearchKit framework, which lets researchers create health apps for the iPhone. Now researchers are taking advantage of the Apple Watch’s sensors to get even more data, starting with Johns Hopkins’s new Watch app for epilepsy patients.

EpiWatch is the appropriately named new app from the institute’s neurology researchers, which lets people living with epilepsy track their seizures in real time before, during, and after they hit. For patients who experience an aura before their seizures, launching EpiWatch from a complication on the watch face at the first sign of that warning signal will record movements, including falls, and heart rate using the watch’s sensors. The app will also ask patients to play a memory game during the seizure, if possible, to assess cognitive responsiveness.

This is the first ResearchKit app developed for Apple Watch. It’s unclear how many watches Apple has sold, and there’s no way to tell how many of those watch buyers also have epilepsy, but Johns Hopkins researcher Nathan Crone, an associate professor of neurology in the School of Medicine, said the EpiWatch app will reach “orders of magnitude above” the audience a typical epilepsy study would. Even if just a few thousand patients participated by tracking their seizures with the app, Johns Hopkins would have enough data to develop a seizure-tracking algorithm that could push out alerts when the watch senses an onset seizure. If the seizure is severe, the app could send notifications to caregivers or family members.

Data you can use

That technology is a year or two away, depending on how much data Johns Hopkins can collect from EpiWatch. But the app is still useful for the patients who are participating in the study. There’s a daily journaling feature so people can track their medication intake, seizure severity, triggers, and more. Doctors can take a look at that log and reassess medication dosages or make other recommendations.

“Right now when [patients] journal their seizures, they keep a scrap of paper with them and write it down,” Crone said. “That’s not quite as reliable or robust. Especially since patients are carrying around their phones all the time, and with the watch on the wrist, it’s much more convenient and immediate to log a seizure that way.”

More than 2.5 million Americans have epilepsy, and 40 percent see auras before their seizures. If a fraction of those patients use EpiWatch to track their seizures as they happen, everyone living with epilepsy stands to benefit from the findings that result. That’s exactly what Apple had in mind when it turned your iPhone—and now the Apple Watch—into a medical research tool.

“The ResearchKit framework really has facilitated the study, because it provides a framework for patients to provide consent to participate in the research study,” Crone said. “It makes it easier for us to do this kind of study. I think that’s kind of revolutionary.”