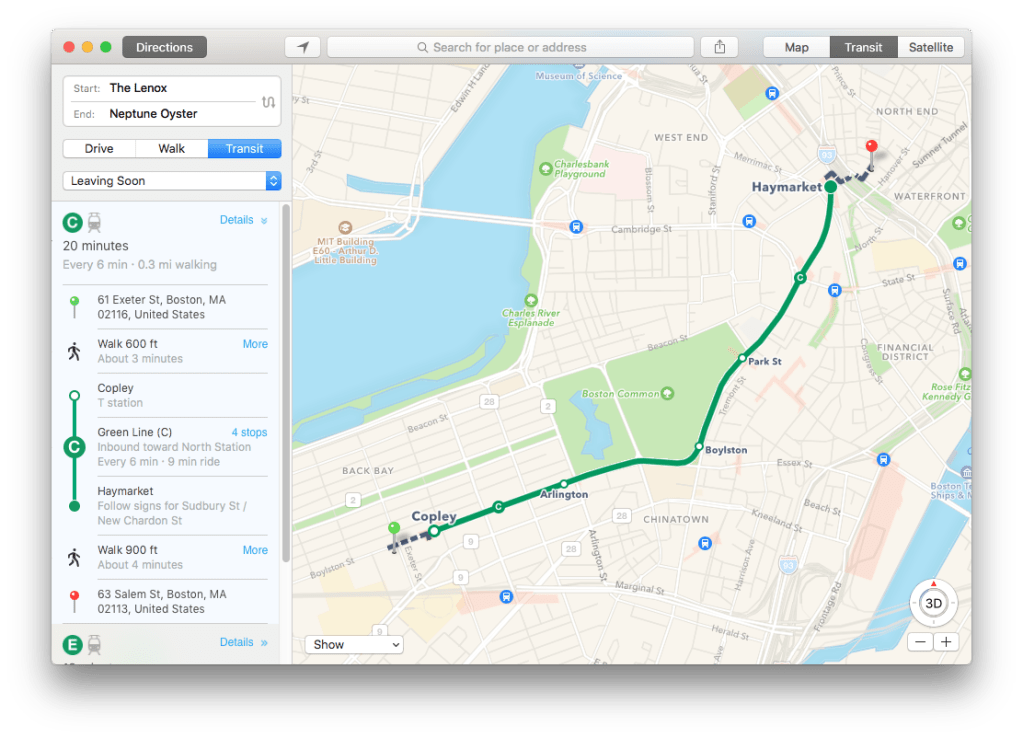 iOS 9 and El Capitan finally brought public transit directions to Apple Maps, but the number of available cities was pitifully small. Only commuters in New York, San Francisco, Chicago, Baltimore, Washington, D.C., and Philadelphia had access to public transportation information upon the feature’s launch in the U.S., making Apple Maps not all that useful for straphangers in other major metropolitan areas. Today, Bostonians can now use Maps to route their way on the T.

The Boston Globe first noticed the addition, and put Apple Maps to the test to see how it stacked up to Google Maps. Like Macworld staffers who tested Apple Maps in New York and San Francisco, the Globe found that both Maps apps offer similar directions—and that’s a good thing. Google Maps is always reliable, and if Apple is going to supplant Google’s iOS app with its own, it has to prove that its directions are just as good. One place where Apple Maps already beats Google’s directions: the Apple Watch.

Apple also quietly rolled out integration with Amtrak routes in the Northeastern states between cities where public transit directions have already been added, MacRumors noticed. That means if you’re taking the Acela Express from New York to D.C., you can map your way with Apple Maps. You won’t be able to find regional Amtrak routes outside of the Northeast Corrider in Apple Maps, at least not yet.