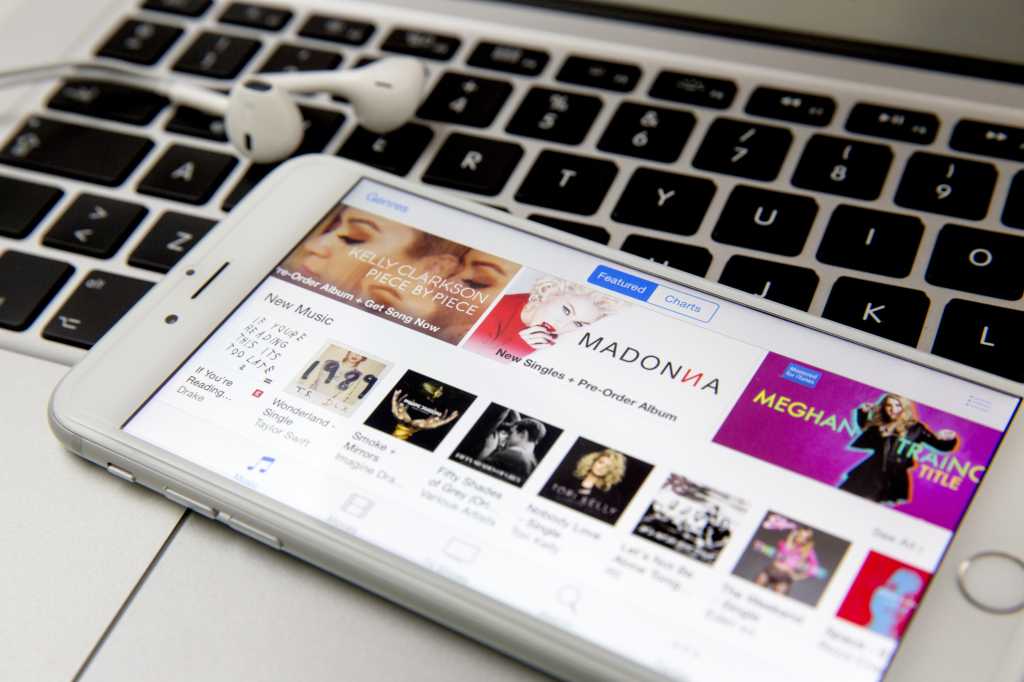 So yes, the App Store is still doing gangbusters business overall. But I’d also imagine that it’s the tentpole propping up the company’s services division, which also includes iCloud, Apple Pay, and AppleCare. And much as Apple is a company that focuses on developing and selling products, those services are becoming ever more critical: if iPhones, iPad, Macs, and so on are the bricks of Apple’s business, services are the mortar—the stuff that holds the ecosystem together.

During that same financial call, one analyst asked—in typical roundabout analyst fashion—about how Apple sees its position in services, especially compared to competitors like Facebook, Amazon, and Google, all of whom get a substantial boost from iOS users. Tim Cook’s response:

Well, the App Store is growing over 20 percent, it grew 25 percent last quarter. And so we feel very good about that. That’s become a sizable business. I would also point out that some of these upgrade programs that are in the market, they sort of begin to look more like a subscription business in terms the way they operate. And so we think that in the aggregate, that they may reduce upgrade cycles, and also the iPhone that has been sold to someone else hits a price point that we’re not hitting today, largely, which could help further fuel the services revenue, which we did quite well on last quarter.

Well, a roundabout question deserves a roundabout answer. Admittedly, it’s a call for financial analysts, so they’re going to focus on the balance sheet definition of services, rather than what consumers might think of as services.

But the analyst’s point remains. Apple’s biggest counterparts in the tech industry are benefiting tremendously from people’s use of iOS devices. That may not be directly to Apple’s detriment, but it does mean that maybe there are opportunities for Apple to improve its services and win over customers on merits rather than because those services are baked into its hardware and software. I think there are relatively few users who opt for iCloud over Gmail, for example—and I should know, because I’m one of them.

Apple’s only been ramping up its services efforts lately: we’ve got the App Store and iTunes Store, iCloud (including documents, mail, iCloud Photo Library, iCloud Music Library, etc.) and, most recently, Apple Music. And let’s not forget the persistent rumors that a subscription-based TV service may be waiting in the wings.

What worries me overall about Apple’s services is the “set it and forget it” attitude that seems to pervade so many of the company’s services. iCloud has seen probably the most improvements over time—to be fair, it was also the most in need of them, and it’s a very broad umbrella that comprises a number of different products. But some of the most egregious problems of Apple’s other services have gotten little attention.

As it is, Apple Music is fine—but it’s not really the great product we’ve come to expect.

That’s not shocking. Despite developers’ complaints about the App Store—the inability to respond to user reviews, the poor search results, the race-to-the-bottom pricing—I have to imagine that Apple isn’t in a rush to make changes when it’s raking in money on an upward trend. Unlike Apple’s hardware and software products, which the company seems to focus on iterating and improving, the services often seem to be rather staid.

Which makes me wonder about the future of services like Apple Music. It’s the newest of Apple’s services, and seems to be doing OK, based on numbers shared by company executives in recent weeks. But if it wants to grow such a service, it needs to be committed to making it something more than a streaming service that just appeals to some people and apply the same degree of care and thoughtfulness that it puts into the design of its hardware and software. As it is, Apple Music is fine—but it’s not really the great product we’ve come to expect: case in point, the wide number of opinion pieces about whether or not people are sticking with the service after the three-month trial is up.

Apple’s track record with services has always been on the spotty side, with underdeveloped and sometimes downright unreliable products. There’s only so much longer that trend can continue when services are set to be such a critical part of Apple’s ecosystem. And to the company’s credit, it’s clearly investing in the infrastructure, building data centers around the country. But it would be good to see the same level of dedication and attention given to the services themselves: I still have frequent iCloud mail syncing problems, iTunes Music Library service interruptions, and slow access to iCloud documents.

In the end, it’s hard to shake the feeling that Apple is a hardware and software company at its root, and that services simply aren’t its strong suit. Likewise, the Amazon Fire Phone felt untrue to what is at heart a retail company that has traditionally done pretty well in the services arena—and you saw how that panned out.

None of this is to say that Apple can’t do services and can’t do them well. For all the problems with the App Store and iTunes Store, they’ve had remarkable success at what they’ve done. But it’s no time to rest on those laurels, because if there’s one constant about services, it’s that there’s always more work to be done.