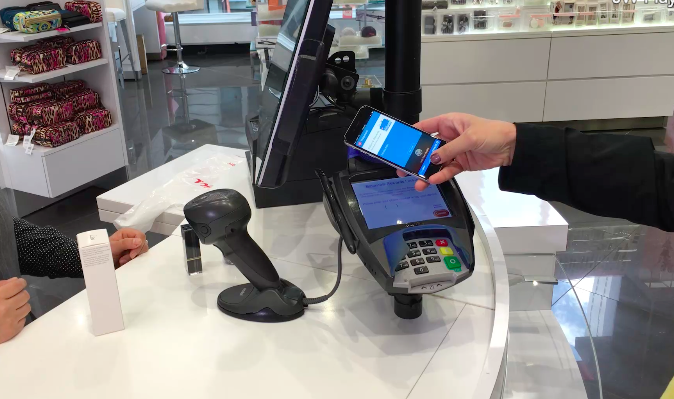 Apple Pay began to support store loyalty cards with the rollout of iOS 9 and Apple’s replacement for Passbook, called Wallet. But while you could theoretically use store cards when you tapped your phone or Apple Watch to pay, there were no chains yet on board until today. Walgreens said Thursday it was the first to integrate its loyalty program with Apple Pay, so you can rack up Balance Rewards points for drugstore purchases.

Adding your Walgreens card is as simple as adding any other card—just open the Wallet app and use your camera to scan in the number. If you want to manually enter the details, you’ll have to install the Walgreens app on your phone. When you go to pay, hold your phone or Apple Watch near the NFC terminal and tap on your Balance Rewards card to earn points when the screen awakens. (On the watch, you have to double-tap the side button to pull up Apple Pay cards.)

The only downside: You have to tap your phone once to process your store card, and then again to pay for the transaction. It doesn’t take long, and you’d have to slide an additional card or enter a phone number to manually pull up your rewards account even if you didn’t use Apple Pay.

More than 85 million people actively use the Walgreens store card when they check out. If you rack up enough points, you can redeem them for discounts, which is always a nice surprise. Friendly reminder: In New York City, Walgreens also owns the Duane Reade line of drugstores, and you can use Balance Rewards at either chain.

Why this matters: Apple is methodically working to make Apple Pay the best way to buy stuff more than a year after its launch, and supporting loyalty programs is another key facet of that strategy. Dunkin’ Donuts and Panera Bread are expected to follow Walgreens with their own rewards cards. Starbucks will finally accept Apple Pay in-store by early 2016, though it’s unclear if customers will still rack up stars and points if they pay via an Apple Pay terminal instead of with Starbucks’ legacy system. Apple Pay also now supports store credit cards—Kohl’s was the first on board with its store card in late October.