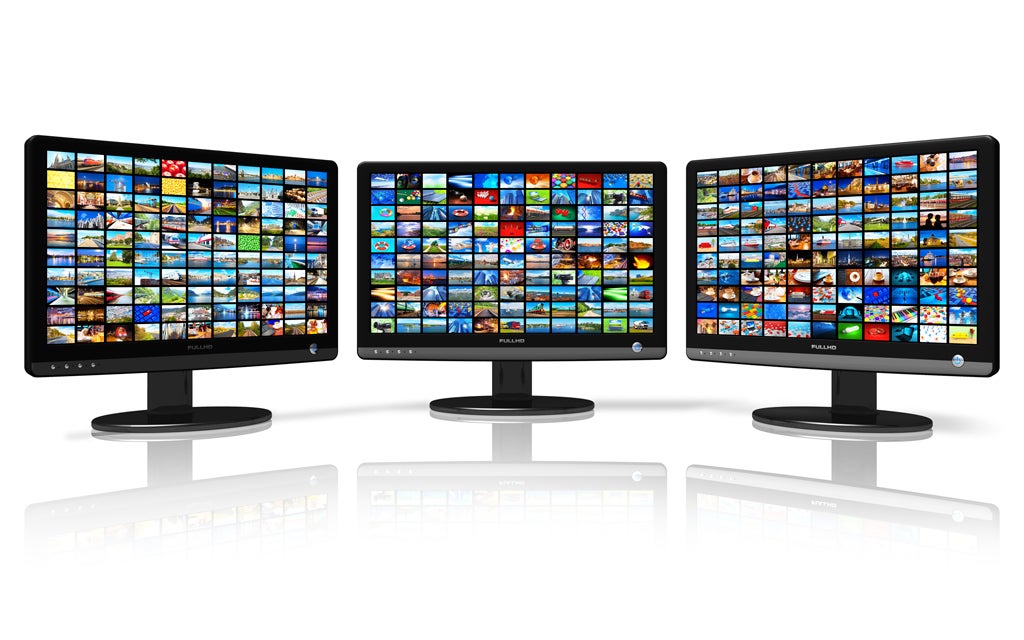 If you work with multiple applications on your Mac, you find yourself confronted with managing many windows. Most people use a single Mac and struggle to organize their windows, but some people use their Mac with a second (or even a third) display.

Macworld contributors Rob Griffiths and Kirk McElhearn have different approaches to wrangling all those windows. Rob uses two displays, and Kirk uses one, leveraging Spaces to keep his apps under control. Here’s how they each manage apps and windows.

Rob: I have always—well, for a really long time—used more than one display, because I like to be able to see as much as possible at all times. I like the flexibility that I get from having acres of screen real estate, as I tend to run a lot of apps at once. (At the moment, I have 15 open, with about 20 windows.) I can choose to create a huge window on one display, and yet still see important windows on the other display. I can have multiple Finder windows open, to ease moving and copying data between folders. I can see my calendar while reading an email that discusses possible meeting times and dates. I can refer to a web browser window while conversing in Messages. I can do all of these things at once, because I can see all of the windows at once.

Kirk: I have always used just one display, because it’s a lot simpler. Even before Apple added the Spaces window and desktop management feature to OS X, I used third-party utilities that offered similar functionality. When I work, I generally have ten or more apps open. This includes the app I write in, my web browser, a graphics editor for working on screenshots, along with Mail, Messages, my Twitter client, my calendar app, and others. Using Spaces, I can quickly and easily switch from one app to another, but also from one desktop to another. And my desk doesn’t have a second display taking up space.

Setting up multiple desktops in Spaces is simple: I explained how to use Spaces recently in this article. The advantage of using Spaces and multiple desktops is the ability to create desktops that show only selected apps, while other apps still run in the background, and can be activated by pressing Command-Tab. If I want to focus on a single app, I can do so by putting it in its own space, reducing distraction. Some spaces can hold full-screen apps, others multiple windows and multiple apps.

Rob: Using more than one display with nearly any Mac is brain-dead simple. Obviously, you’ll need a second display, something like this 20-inch ViewSonic for under $80. Once you have the display, connect it to your Mac; this may require a DisplayPort adapter, depending on the monitor and your Mac model. As soon as you connect the display, OS X will recognize it and put it to use.

OS X has two ways of using a second display: mirroring or extending. In mirroring mode, the extra display shows a copy of what’s on the Mac’s usual display. This is useful mainly for laptop users who want to leave their laptops closed. To use both displays at once (i.e. extending), make sure the Mirror Displays box isn’t checked on the Arrangement tab of System Preferences’ Display panel. While there, drag the screens around to reflect their real-world orientation:

Kirk: One reason I don’t like the idea of using multiple displays is because a second display would be distracting. I’ve seen Rob’s setup, and I have no desire to feel like I’m controlling a nuclear reactor when I’m working on my Mac. Every one of those extra windows can lead to my mind being subtly pulled away from the task I’m trying to focus on. A number in a widget changes, a Twitter feed scrolls, or other information alters the display, and my brain would react to the new data and glance at the other display.

Even with a single display, I’ve turned off most notifications. Those little banners that slide out from the top-right of my screen make me glance in that direction, interrupting my concentration. Having a second display would simply make things worse. I currently use a 27-inch iMac, and have actually considered downgrading to a 21-inch model the next time I change computers. The smaller display would let me focus even more, yet still have two windows visible when I need them, and of course as many desktops as I want using Spaces.

I naturally understand people who need two displays for their work. I think of video editors, or musicians recording in a home studio; that second display increases the amount of space available to control what they’re doing. But for standard productivity apps, the kind of work that most people do, it seems like overkill.

Rob: If I had a job that was single-tasked, I might appreciate a “single monitor with Spaces” approach to help me focus. But my job is really a mishmash of a lot of stuff. I hop between Mail and BusyCal and Messages and Twitter and Coda and Safari and Chrome and Finder and Acorn and any other number of apps all day long. I like having all those windows at hand, in one location. If they’re overlapping, it’s no big deal as a background window can easily be brought forward.

The majority of my content is static—an email arriving or Tweet flowing by is about the extent of the motion on my screen (unless I’m editing or watching video). I don’t find these momentary motions distracting; perhaps I’ve trained myself with years of multi-display use, but wherever I’m looking is where I’m focused.

With multiple displays and all windows close at hand, when it’s time to change focus, all I have to do is look elsewhere. No fumbling for the keyboard to switch Spaces, or to see the Spaces overview to figure out where everything is. It’s all right in front of me.

When I do need to focus on just one app, it’s easy enough to do by hiding the others—a quick Command-Option-H, and they all vanish. I can bring them back with a shortcut, too, as I added a Show All keyboard shortcut.

I thought about finishing with “Ignore everything Kirk wrote above, he’s clearly wrong.” But he’s not: different people have different ideas of how to be productive. If you prefer single windows in isolated environments, you’ll probably be happy with Spaces and a single display. If you app-hop a lot, though, you may find an added display is worth the investment.

Kirk: I was going to let Rob have the last word, but I just had to add one more thing. There’s no fumbling with Spaces; I never look at the Spaces overview to see where apps are. I simply switch to an app by pressing Command-Tab once or a few times, and that app displays, no matter which space it’s in.

There are valid reasons for either approach, and it’s worth trying each method if you work with a lot of apps.