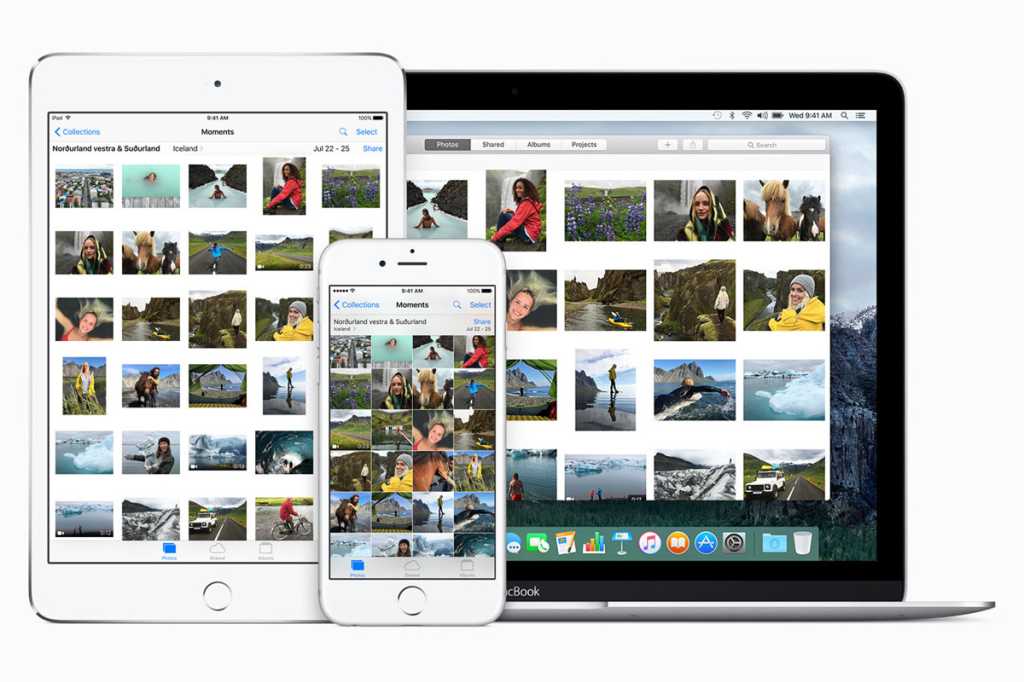 There will be a day when our iPads and MacBooks run the same operating system. Despite what Tim Cook wants us to believe, the crossover potential is simply too tantalizing for it not to happen; in fact, I’m willing to bet that somewhere deep inside Jony Ive’s laboratory there already exists a machine that merges the best of the mobile and desktop operating systems into a singular first-class experience.

But if the Surface and Pixel C have taught us anything, it’s that two worlds aren’t quite ready to meet. Even if Apple has dreamed up a technical solution to bring iOS and OS X together under one roof, there are a slew of little wrinkles that need to be ironed out before such a dream machine can even be considered for a keynote slot. The idea of Apple dropping a completely new device that pushes iOS onto a laptop or OS X onto a tablet seems illogical. Nothing about either operating system suggests an imminent convergence, and if anything, the iPad Pro proves just how far apart they are. Popping a keyboard onto a tablet doesn’t make it a laptop any more than adding wings to an automobile makes it an airplane.

Each of Apple’s devices has a different but overlapping method of input and navigation, but before there can be any kind of OS convergence, there needs to be some sort of input simpatico.

It doesn’t take a computer scientist to see that iOS isn’t built for a mouse and OS X isn’t made to be operated with our fingers. So, while a junction may be inevitable, it’s more likely to come after a continued, gradual shift rather than a sudden one. Any semblance of convergence needs to begin with a way to meld the disparate ways we interact with out devices. And I think that’s precisely what Apple is trying to do.

Of all the new things Apple released last year—-Apple Watch, Apple Music, a new MacBook, 3D Touch, to name a few—-the iPad Pro might be the most exciting. It could easily have been a ho-hum device, a giant media-first tablet with more pixels and less portability than the iPad Air that targets a very specific niche and barely moves the needle on sales. But instead of an iPad mini for large hands, the iPad Pro is a seminal device.

I haven’t spent a ton of time with one yet, but I’ve used it enough to know that it demands a new approach to tablet computing. It’s closer to a Mac than the iPad ever was, not just because of its size, but because of the way Apple wants us to use it. In many ways, it’s the first true post-PC device, one that makes the dream of a perfect OS, with Mac-like levels of proficiency operating in an effortless, lightweight package, a real possibility.

It’s not the interface that’s changed, it’s the input. A Surface-style touch keyboard was a given as soon as the iPad Pro was confirmed, but Apple did more than move the keys to a more comfortable position. Snapping a Smart Keyboard to the iPad Pro instantly creates a bridge between the desktop and mobile realms, not just with the quick keystrokes and onscreen shortcut bar, but also in how integral it is to the whole experience.

With the Air and the mini, Bluetooth keyboards are highly optional and occasional accessories that add little more than convenient typing, but the Smart Keyboard is absolutely necessary to the iPad Pro, so much so that I’m surprised Apple didn’t charge $200 extra and just include it in the box. It may be a baby step (and one borrowed from Microsoft, at that), but it’s an important one in the evolution of iOS.

Stuck in the middle

If there’s anything about the iPad Pro that’s frustrating, it’s that it’s too much of an iPad. The first time I used one with the keyboard attached, I instinctively felt for a trackpad (despite the obvious lack of a cursor), and I found the need to reach up and tap the screen to open apps or select menu items to be somewhat counterproductive.

Much like OS X, the idea of implementing iOS keyboard shortcuts was to increase productivity by eliminating the need to change the position of your hands, saving precious seconds with each action. With the multitasking features baked into iOS 9 and the Smart Keyboard, the Pro has gone a long way toward elevating the iPad in the hierarchy of iOS devices, inching ever closer to a full-fledged post-PC device. All those little taps add up to serious time-saving measures, but the iPad Pro is in a sort of efficiency limbo, with the bulk of the interactions still happening on the screen.

The very system that’s allowing the iPad to grow is the same one that’s holding it back. Despite the extra pixels, unlocking the iPad Pro reveals the same home screen with the same 20-icon grid. Clearly that was done by design—-one of the biggest issues with the original Surface was its complicated interface—-but the current incarnation of iOS can only bring the iPad Pro so far. But Apple is clearly building toward a way to replicate the perfect ergonomics of the laptop on a tablet, and it seems determined to figure it out, just like it did with the mouse all those years ago.

On the surface, the Apple Pencil doesn’t seem like a breakthrough device. Battery advancements aside, it’s essentially a powered stylus geared mainly for digital artists, wrapped in a pretty package and packed with the type of cutting-edge engineering you’d expect from Apple.

But Apple Pencil is more than a drawing tool. It’s a new kind of input device for Apple’s post-PC world, a smart stylus if you will, and I don’t think it’s going to stay tethered to the iPad Pro for very long. Whether it gives birth to the input device that brings everything together remains to be seen, but Apple Pencil represents a critical juncture in the post-PC revolution: Our fingers can only do so much.

And with it, Apple may have cleared the biggest stumbling block to convergence. It’s the reason why hybrids don’t work and convertibles haven’t caught on. With separate input methods for each device, there’s an inherent disconnect; it’s not just that iOS uses touch and OS X uses a mouse: the two OSes simply can’t be operated any other way. Putting a trackpad on the Smart Keyboard makes no sense, and no matter how powerful iOS gets, it never will, at least without a wholesale change to the interface, which seems unlikely. But Apple Pencil is the first iOS accessory that pushes iOS beyond the limitations of our fingers, and I think Apple will further expand its capabilities as a tool on all of its tablets, not just the Pro.

Each of Apple’s devices has a different but overlapping method of input and navigation—the Mac’s trackpad and Apple TV’s remote both use multitouch; Apple Watch and the iPhone use Force/3D Touch; Siri has varying degrees of power depending on the device you’re using—but before there can be any kind of OS convergence, there needs to be some sort of input simpatico. And while it might seem like the iPad Pro introduced yet another one, I think Apple Pencil is actually a step toward unity.

It’s not that Apple Pencil is going to become as ubiquitous as the mouse—though I can imagine adding a Siri button to the tip or allowing for motion control—but it shows that Apple is moving beyond standard multitouch as the sole input method on iOS devices. As the iPhone and iPad continue to evolve into devices more powerful than we ever imagined possible, Apple will continue to reimagine the role of touch. Maybe it’s motion, or voice, or something we haven’t dreamed of yet, but I’m sure Apple is already working on a way to bring everything together. If iOS and OS X are ever going to merge into a single system, there needs to be a unified way to run it, one that doesn’t require our fingers to constantly move from the keyboard to the screen.

Take Apple TV. The addition of Siri has transformed it into a next-generation device, and before long we’ll be able to simply tell it to watch a specific movie or a basketball game, and it’ll be smart enough to find it and instantly start playing. That’s the level of simplicity and cohesiveness Apple needs to converge iOS and OS X and bring the post-PC revolution to reality.

Then the question won’t be whether the iPad Pro can replace the MacBook. It’ll be how did we ever live any other way.