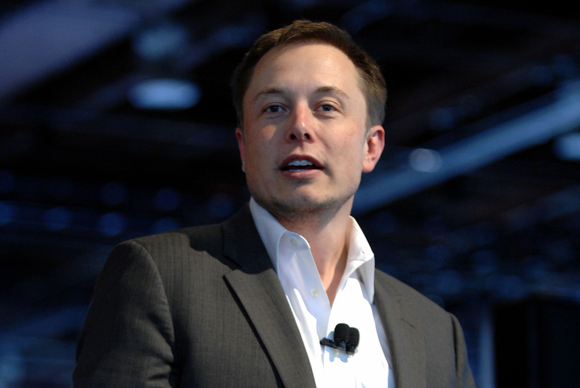 It’d be normal for car company execs to feel a tad threatened by the much-rumored Apple Car, but Tesla CEO Elon Musk is not one of those people. In fact he sounds happy to see Apple entering the electric car market.

“It will expand the industry,” Musk told the BBC this week, before reaffirming his own company’s goals. “Tesla will still aspire to make the most compelling electric vehicles, and that would be our goal, while at the same time helping other companies to make electric cars as well.”

Unlike the rest of us, Musk seems certain that Apple is, in fact, developing an electric car. In the interview, he called Project Titan an “open secret.”

“It’s pretty hard to hide something if you hire over a thousand engineers to do it.”

“It’s pretty hard to hide something if you hire over a thousand engineers to do it,” Musk said.

The Apple hiring spree for Project Titan kicked off back in February. Even the early hires suggested back then that Apple was interested in more than just powering the CarPlay dashboard software. Throughout 2015, Apple brought on executives and experts from Tesla, Chrysler, Nvidia, and advanced battery-maker A123 Systems (currently suing Apple for poaching employees).

Just last week, Apple registered several domain names—including apple.car and apple.auto—fueling the rumors that we’ll get to see Apple’s electric vehicle by 2019, when the Apple Car is reportedly set to hit the roads.

Why this matters: Even though Musk sounds cool-as-a-cucumber when confirming the Apple Car, he might have reason to worry. According to several panelists at a recent C3 Connected Mobility Summit in San Francisco, Apple has a big advantage entering the auto industry as an outsider.

“The advantage of a new entrant comes into play when you think about meeting regulations, minimizing the risk for stakeholders, and satisfying your existing customers.”

“The advantage of a new entrant comes into play when you think about meeting regulations, minimizing the risk for stakeholders, and satisfying your existing customers,” said Sarah Pilewski, a principal at data platform Quid, when talking about the current big car companies. “You are beholden to them, and that slows you down. That environment is not ripe for innovation.”

Pilewski said this was the reason why tech startups have been able to succeed as new entrants to big established industries.

“When you think of services like Uber and Airbnb, they ignore regulations right off the bat until they are forced to comply,” she said. “The car companies don’t have that luxury, for better or for worse.”