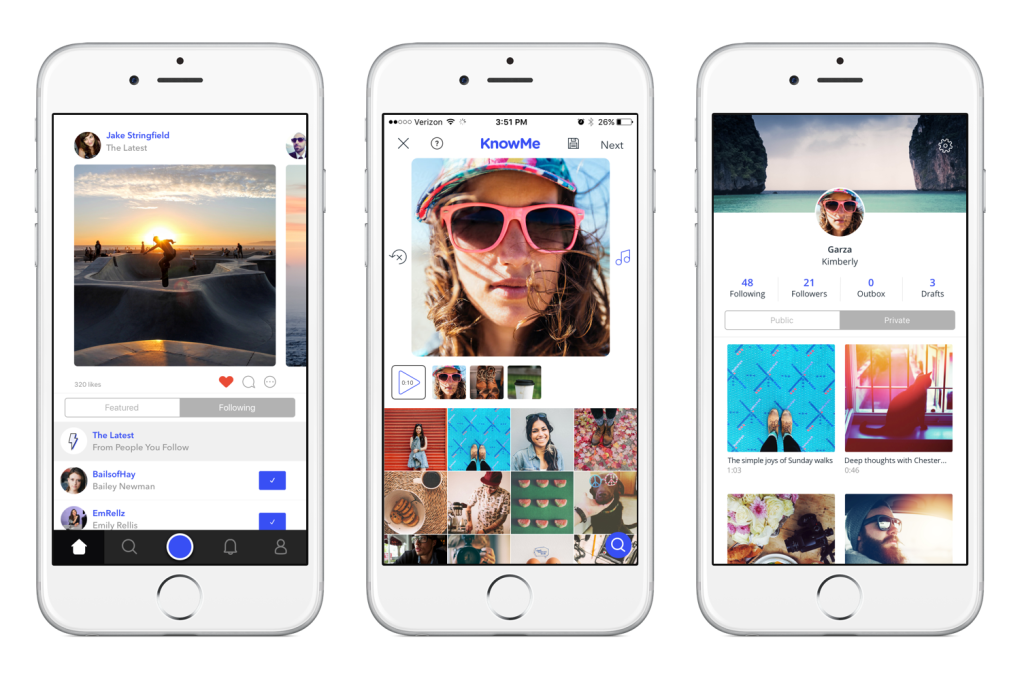 Andrew Jarecki is best known as the filmmaker who elicited a confession from killer Robert Durst in the finale of the HBO docu-series “The Jinx.” What does a person do after that? Jarecki’s latest project isn’t another spine-tingling documentary—it’s an iPhone app that lets you construct your own narrative.

Jarecki interviewed some 100 people while filming “The Jinx,” and told me these interviews inspired the idea for KnowMe, an app that brings lightweight film editing tools to iOS.

“I was struck by how strongly they wanted to tell their story, and this basic internal need people have to do that,” Jarecki said during an interview this week in New York. “There is this drive to be known—and not necessarily to be known and be famous, but also to be understood. In a weird way the Bob Durst thing was him saying, ‘I want you to ask me questions so I can explain to you who I really am.’ This is a guy was actually a murderer and was still feeling not understood.”

Unlike Snapchat and Instagram, which bury their video-editing tools within a larger app, KnowMe puts everything you need on the main screen. You can shoot from your front- and rear-facing cameras, choose photos and video clips from your Camera Roll, and import music, all the while adding voiceover to create a visual story without ever leaving the creation screen. One of KnowMe’s most unique features lets you easily switch between audio you record to narrate a clip and the clip’s existing audio. And, of course, you can share out your videos publicly to your social networks or privately via text message.

In a weird way the Bob Durst thing was him saying, ‘I want you to ask me questions so I can explain to you who I really am.’ This is a guy was actually a murderer and was still feeling not understood.

Jarecki has done this before—created a tech-based solution to what he saw as a human need. Back in 1989, he helped found Moviefone, which made finding movie times as easy as dialing the now-familiar 777-FILM phone number. (It’s hard to remember a time when you had to comb through newspapers to find movie theater listings, but it was real and it was hard.) For Jarecki, KnowMe is similar: It simplifies video editing, finding the editorial middle ground between Vine/Instagram/Snapchat and iMovie/Final Cut Pro.

KnowMe has been in beta for about a year, with a few hundred testers using the app to create all kinds of mini-videos, which are capped at three minutes. The app features interesting riffs from celebrities like Mike Myers and Sean Hayes, and some Vine-like comedy videos that are pretty hilarious, but there are also really earnest videos. Jarecki showed me one created by a teenager from Switzerland reacting to news of Freddie Gray’s death in Baltimore, complete with Google maps tracing the police van’s circuitous route to the police station. Like Vine, Instagram, and even YouTube, the creative potential for KnowMe is as big as its user base. Here’s a silly example.

KnowMe is far from the first video-editing app in the App Store, but Jarecki thinks those apps emphasize technology, like time limits and filters, over creativity. Building KnowMe into the next great video app, one that has more editorial sensibilities than the rest, is his full-time job.

“I already had a business and sold it. I’m not trying to make money. I’m trying to make a dent. I’m trying to make things easier for people…to give the tools available to me as a filmmaker to people who don’t have these resources,” Jarecki told me. “If we strike a cord here it’ll be because we figured out a way to balance the storytelling and technology in a way that’s accessible to people.”