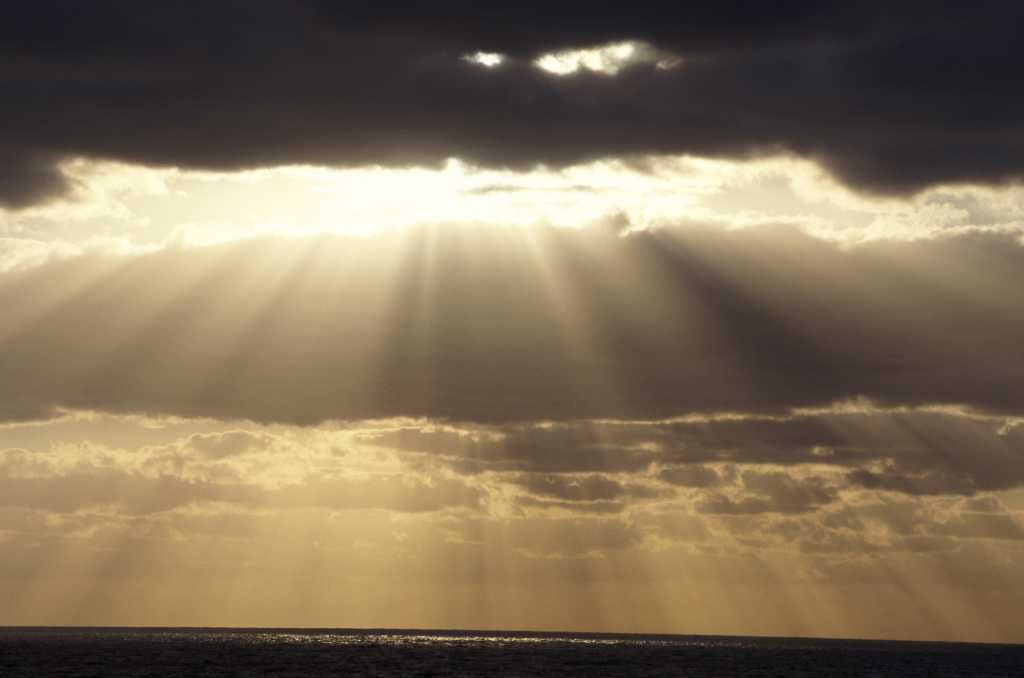 In 1998, Steve Jobs bet Apple’s future on a cable. At a time when the best PCs were still being built with serial and SCSI ports, Apple opted to fit the iMac with a pair of newfangled USB ports, which offered the kind of clutter-free simplicity Apple craved.

The only problem? USB wasn’t exactly universal at the time. Not only was it struggling to take off with Wintel users, there were exactly zero peripherals for the Mac that utilized USB when the iMac made its debut. Still, Jobs went all-in on a bet that Apple’s Bondi Blue all-in-one was so desirable people would buy it in droves and subsequently force the industry to change.

Of course, we all know how that bet paid off. The iMac was every bit the success Steve knew it would be, and USB didn’t just change Macs; it became the communication standard in virtually every device we use. And now it looks like Apple is moving toward the adoption of yet another nascent technology that has the potential to transform the landscape just like USB did: Li-Fi.

The speed of light

Recently an eagle-eyed jailbreaker spotted a phrase buried in the iOS 9.1 library cache files that most of us would have overlooked as a spelling error. Sandwiched between lines and lines of innocuous coding declarations lies the phrase “Li-Fi capability,” which likely signals Apple’s budding interest in light fidelity, a breakthrough communication technology that’s even less common as USB was in 1998.

Until rumor sites picked up on it, most of us had never even heard of Li-Fi. Still very much in the experimental phase, the technology will allow our devices to harness the power of the LED bulbs around them to receive data at a theoretical rate of 224 gigabits per second. That might sound far-fetched, but a recent trial conducted by Li-Fi startup Velmenni in Estonia actually achieved real-world data transmission of 1Gbps, a far cry from 200-plus but still blitzing the speeds delivered by the average broadband provider.

Along with those blazing speeds, Li-Fi offers security benefits beyond strong passwords and AES encryption. Because it uses visible light to transmit data, it can’t pass through walls, making it practically as secure as sharing files with an external Thunderbolt drive. Furthermore, since light waves don’t interfere with other radio signals like Wi-Fi does, it could even be used safely on planes, in hospitals, and in other areas where interference is an issue.

How it actually works is simpler than you may think. In its current incarnation, access points are able to harness the light emitted by normal household LEDs by flickering at speeds imperceptible to the human eye. The signal created is beamed to a transmitter that then delivers the signal to a device via USB. It’s not exactly elegant, but it does work, and with a little Apple ingenuity, it could transform how our devices interact with each other.

Despite its insanely fast data speeds and lock-tight security, adding Li-Fi capability to the iPhone isn’t about replacing Wi-Fi. It’s more of a companion communications medium, picking up Wi-Fi’s slack and helping it out with heavy lifting, all while maintaining a seamless system.

Li-Fi on the iPhone—that is, a transmitter built into the handset that can receive the LED-emitted signal—would add a powerful network source to draw from. Just like our iPhones switch from LTE to Wi-Fi to take advantage of the speed boost and save on data costs, an available Li-Fi network in your home or office could offer even faster downloads and smoother streams.

It also could represent the next generation of iBeacon. At the end of 2014, Philips conducted a trial at the Museum Boerhaave in The Netherlands, using its Hue smartbulbs to beam information to patrons using a special Li-Fi-enabled tablet. Instead of pressing buttons at the various exhibits, users received information as they wandered about the floors, creating a more personalized, individually interactive experience.

But while iBeacon transmissions are relatively limited by their delivery range and interaction abilities, with Li-Fi, the possibilities are nearly limitless. Take the Apple Store. As it stands, the iBeacon system delivers simple notifications that merely act as shortcuts to the Apple Store app. With Li-Fi, Apple could directly stream HD videos or photo galleries of iMacs or Apple Watches directly to customers’ iPhones, melding the physical store with the online one like never before and creating a whole new shopping experience.

The iPhone may be the center of Apple’s universe, but Apple TV is the hub in our homes. And since Apple TV is one of the few products designed to be stationary, it just might be the perfect candidate for Li-Fi.

Once Apple convinces the major networks of its vision for the future of television and starts selling channels alongside apps, Apple TV will go from the third HDMI input to the first, overtaking the cable DVR as the primary component in our home theaters. With all that downloading and streaming, Apple TV could certainly benefit from Li-Fi’s ultra-fast speeds, delivering live programming and on-demand content even before the lights go out.

But it’s not just its video capabilities that can benefit from Li-Fi; with HomeKit, Handoff, Siri, and AirPlay, Apple’s set-top box is well on its way to becoming an essential part of Apple’s ecosystem. Imagining an always-on box that acts as the centerpiece of your home isn’t hard to do, but all of that capability will require a whole lot of bandwidth. Li-Fi would take much of the pressure off of your Wi-Fi network while allowing it to talk to your devices as soon as they enter the house. Built-in Li-Fi could allow Apple to create a sort of super network of devices that act as one, downloading HD movies in seconds, seamlessly beaming the Apple Music song that’s playing in your headphones to your stereo, and allowing our iPhones to send information quickly and securely.

Li-Fi isn’t anywhere near as ready as USB was when the iMac made its debut, so I wouldn’t hold my breath for it to be built into the iPhone 7. But technology moves pretty fast, so by the iPhone 8 and certainly by version 9, that “Li-Fi capability” line of code could very well become a key feature.

And there’s something else that might be making its debut at or around the same time: the Apple Car. Navigation systems already use Bluetooth and specialized Wi-Fi or cellular networks to bridge the gap between our pockets and our dashboard, but if Apple could create Li-Fi networks inside our cars, it could be a game-changer for in-vehicle entertainment and connectivity. Linked Li-Fi attocells have already expanded the technology beyond strict line-of-sight, and there’s little doubt that it will grow even further, especially if Apple’s engineers are already playing around with it.

So while it may seem like that iPhone is running out of tricks, Apple may be teaching it a new one that delivers the speed, security, and simplicity we crave. And while it might not be as risky of a bet as USB was with the iMac, it could prove to be even more transformative.