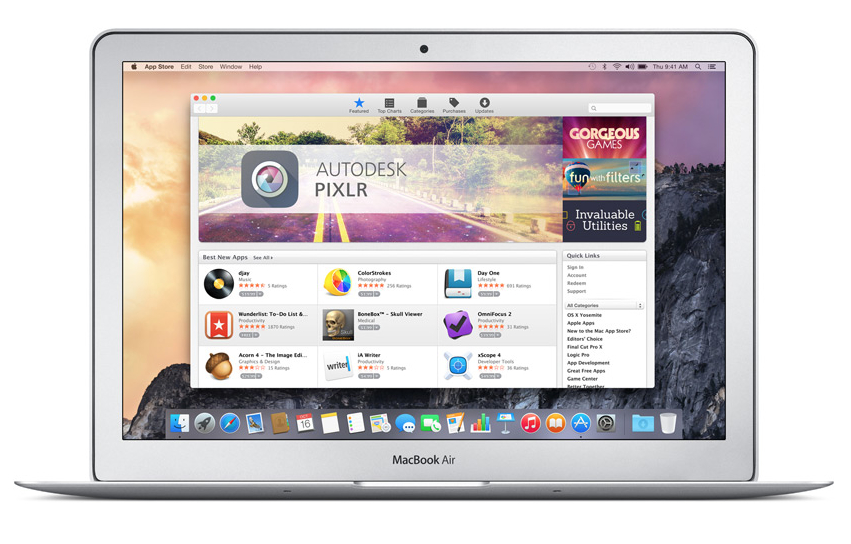 When the iOS App Store debuted, there was a gold rush. Stories abounded of individual software developers making large amounts of money from their apps. There was the distinct sense that the App Store was ushering in a new era, where thousands of programmers could quit their jobs and write apps for a living–and we’d all benefit from their personal visions and expertise.

It hasn’t worked out like that. The App Store has been a success, but a huge amount of the money being transacted in the App Store on a given day is for purchases inside of games. There is no gold rush for independent app developers. Writing an app for the App Store is a challenging task, and there’s no guarantee of success.

Last week, iMore editor Rene Ritchie likened this change to the victory of plastic toys over handmade wooden ones. Or to put it another way, the App Store–like the iTunes Store, out of which it was built–is designed to sell pop music to a broad audience, not edgy indie rock to a niche.

So if the iOS App Store is a difficult market if you’re not selling game consumables, and the Mac App Store is a bit of a wasteland, then what’s the future of software that helps us get our jobs done?

Mac developers: The few, the proud

The Mac is, in terms of sales, doing better than ever. And yet the Mac software market seems stagnant, especially when you compare it to the thriving iOS App Store. But I suspect that this is about to change.

Given how difficult it is to get noticed in the iOS App Store, and given the extremely low price of most iOS apps, I wouldn’t be surprised if Apple-fluent developers begin returning en masse to Mac development. Apple could help ease the transition if it would make more of the skills of iOS developers directly applicable on the Mac. Developer Steve Troughton-Smith–in a blog post in which he calls the Mac a “dead platform”–suggests bringing iOS’s UIKit framework, the building block of most iOS apps, to the Mac.

You can’t flip a switch and bring iOS apps to the Mac, but Apple could grease the skids here in a big way. I use numerous apps on iOS every day that I’d love to have on the Mac, but most of their developers can’t afford to make the major investment to move them over. Apple can make this easier.

Because you can absolutely charge more for Mac apps than for iOS apps–it’s a smaller market, but one willing to spend money for better tools–the Mac is also a place where small independent developers can thrive. As Brent Simmons wrote in response to Rene Ritchie, “The Mac has for a long time been overlooked–first because Windows was so huge, and then web apps, and now iOS… But my experience since then tells me that writing Mac apps is the best economic bet for indies.”

But independent developers will still be out there making iOS apps, and I do believe that a lot of them will be successful. (They might have to work hard and not get rich doing it, but that’s true for most of us, right?) I found independent Mac developer Daniel Jalkut’s blog post on the subject to be quite inspiring.

Jalkut takes Ritchie’s toy metaphor, accepts it, and then turns it right around, imploring independent developers: “Although the market is dominated by cheap plastic, there is real money for thoughtful, careful developers in the market that favors charming, slightly overpriced throwbacks to another era. Make wooden toys.”

Just because hand-crafted independent apps won’t rise to the top of the charts or make their developers rich and famous doesn’t mean that there won’t be demand for them. Plenty of indie musicians make a living without ever coming within a couple of orders of magnitude of Coldplay’s album sales. There’s room out there for great stuff to reach an audience that will appreciate it. You don’t have to be a hit to be a success.

Brands with a plan

But while I love independent apps (and I know a whole lot of great independent app developers), it’s hard not to think that the modern software game is probably best played by larger organizations.

At a conference this week I was talking to the employee of a midsize Mac and iOS software firm. It’s not a couple of people in a garage, nor is it Microsoft–it’s firmly in between. That company is able to charge sustainable prices for its apps and employ a team large enough to span its offerings across Mac, iOS, and even web services.

A few weeks ago, I was talking to a friend of mine who’s a professional writer. He described the painful but necessary process of dropping a beloved Mac app because its developer had been unable to ship an iOS version. He absolutely required access to his stuff across platforms, so he switched to a different app.

Today’s world is complicated. Building one app with love and precision can still work, but it’s a harder path than it’s ever been. Users expect to switch among platforms and devices and sync with cloud services, and some independent developers won’t be able to keep up.

But I believe in the talent of the people who are developing for the Mac and iOS, and I believe in the end, all of us who use Apple stuff will benefit from their work–whether they end up working with larger teams or shifting back to the Mac from iOS.