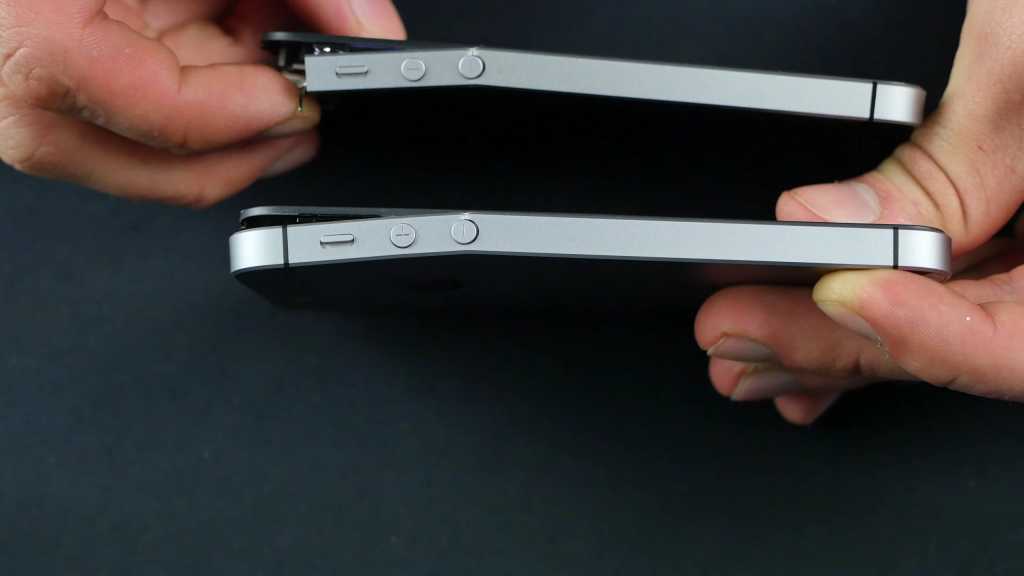 The iPhone SE is getting rave reviews, but it can’t always handle the pressure.

As far as SquareTrade’s drop test, the 6s and 6s Plus faced only “minor cosmetic damage” after 10 drops. The iPhone SE, on the other hand, started to crack across the screen after the fifth corner drop, and by the tenth drop, the 4-inch phone had completely split along its side. Apple’s decision to not use 7000-series aluminum on the SE actually made a big difference when it comes to device durability.

No iPhone is perfect, however, and SquareTrade found that none of three devices could survive a facedown drop. All three iPhones shattered after just one six-foot facedown drop, even the 6s and 6s Plus with their strengthened glass. You can watch some of SquareTrade’s torture tests below, if you can handle it.

Why this matters: SquareTrade’s lab tests were designed to be extremely brutal to the iPhones to see exactly how much they could sustain, and it’s unlikely that we’ll be subjecting our phones to such calculated torture on a regular basis. However, the new iPhone SE has already been put through more-routine bend tests, and it hasn’t received the highest scores. This is what happened to one Twitter user who had his iPhone SE in his back pocket.

Welll… I guess it is time to get a new iPhone SE? #bendgate pic.twitter.com/JKwlnLI8u8

The folks at EverythingApplePro showed that you could actually bend an iPhone SE with just your bare hands—that video is below. It’s understandable that a cheaper device would be less durable. A new teardown estimates that it costs Apple about $160 to make an iPhone SE. But by not using 7000-series aluminum, Apple may have another #bendgate on its hands.