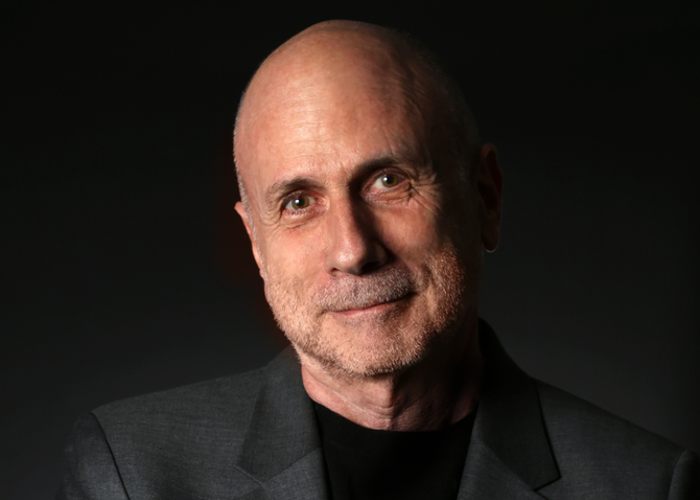 As creative director of advertising agency TWBA/Chiat/Day, Ken Segall crafted ads for NeXT Computer and then Apple. He helped create the iconic “Think Different” campaign upon Steve Jobs’s return to Apple and gave the iMac its name when Jobs preferred a pretty terrible alternative. Segall spent 12 years working alongside Jobs, in the process picking up enough tips on running a successful business that he wrote two books behind Apple’s guiding principle: simplicity above all else.

Segall’s first book, Insanely Simple, was about how Jobs simplified Apple across the board, from products to operations, and turned his floundering computer business from a sinking ship into the most profitable company in the world. The second, Think Simple, hits shelves on Tuesday and picks up where Insanely Simple left off. Segall found business leaders, including Ben & Jerry’s co-founder Jerry Greenfield and Whole Foods co-CEO Walter Robb, who are simplifying their operations and products to become the Apple of their respective industries.

Segall made headlines earlier this month with a piece in The Guardian about whether Apple is abandoning simplicity and losing its way in the Tim Cook era (spoiler alert: no). He chatted with Macworld before the release of Think Simple about the book, that Guardian piece, Apple’s latest products (both real and rumored), and the time Jobs raked him over the coals.

Macworld: Your book is all about taking Apple’s principles of simplicity and applying them to other companies. But people have criticized Apple for growing too complex in recent years. Is that the case?

Segall: It’s more complex, but part of that is by necessity. The company has grown so much bigger and its audience has matured, and they need to keep up with that. The bigger iPhone is a perfect example of that. Apple resisted making that extra iPhone for way too long, actually, and a lot of customers were going to other phone makers as a result. You don’t want to lose customers because you’re trying to stay so simple. Although some people complain that the product line is getting too complex, it’s far from complicated when you look at the big picture. Apple still makes so few products compared to other companies.

Which Apple product could use some simplification?

The big one is Apple Music, which has been widely attacked for its needless complexity. I’m a relatively smart person and I like this stuff, and I was a bit perplexed by Apple Music as well.

There’s some of that stuff going on in product naming as well. If you look at the three iPhones, the 6s, 6s Plus, and SE, that right there is more complicated than it needs to be. I think they need a bit of quality control when it comes to naming schemes or whatever might impact their customers’ perception of simplicity.

Speaking of product names, what was your role in naming the iMac?

I think Steve always wanted every little detail to be absolutely perfect, especially when they’re brand new revolutionary products. That very first product, the iMac, was obviously important to Steve because it was the first product he would launch after his return to the company.

It was unlike all the other beige and boring computers at the time. It had that interesting shape, it had translucent blue around it so you could see the innards of the computer.

He said he had a great name that he was ready to go with, but he wanted to see if we could beat it. The name he had fallen in love with was MacMan. When he told that to us at the agency, we were a bit taken aback. It was up to us to come up with something better, but he didn’t like any of them. We showed him some new names, including iMac, and he didn’t like those either. He didn’t hate it, but he didn’t like it. He gave us two days to come up with something better. During those two days, he decided to put the name iMac on a model and show it around Apple. There was no moment of glory or anything, but it was suddenly the iMac. We saved the world from MacMan.

Is the little ‘i’ era for Apple product names over?

The ‘i’ is on its way out. It’s a sad moment, isn’t it? The little ‘i’ has served us so well. It’s become too legally challenging because the ‘i’ became such a big thing inside and outside of Apple, it’s basically impossible to come up with any ‘i’ name that won’t get them in hot water.

The ‘i’ is a middle man if you think about it. It doesn’t directly brand Apple products other than the fact that Apple has used it so long. It actually makes more sense just to use the brand name. It’s simpler, more directly ties to Apple, and eliminates the issue of legal problems with new names. I’m in support of it.

In 2006, at the opening of the Apple Store on Fifth Avenue [in Manhattan], I was there before the opening to the public and Steve was there, too. We were standing next to the iBooks on display and he said then that the ‘i’ had run its course. It was a given that they’d be going away from that one day. The problem at the time, and continues to be, that he didn’t know what to do with iMac. You couldn’t change iMac to Mac because every computer Apple makes is a Mac. It’s 10 years later and still there, but clearly on its way out.

In the book, you talk about how Steve Jobs would never dilute Apple’s premium brand with low-priced products. How do the iPhone 5c and now the iPhone SE jibe with that philosophy?

When the 5c came out, there was all this expectation that Apple would create this cheap iPhone. At the time, I said it might be more affordable but it will never be cheap. They presented that model in the most positive way they could—it was a very different kind of plastic, high quality, great design, etc. It was consistent with the Apple brand.

What they did this time around is what they should’ve done the first time. The SE is the same exact quality as a real iPhone—the heft, the quality. It really feels and works like a real iPhone, it just happens to be smaller and cheaper. It’s not a cheap iPhone, it’s a more affordable iPhone. It gives people a cheaper way to get into it. I don’t think Apple will ever make the $100 iPhone for parts of the world where they’re buying phones for that price now. They’ll never compete on that level.

The book details a time when Steve Jobs interviewed Stephen Sonnenfeld, who was then overseeing advertising for JPMorgan Chase, for an internal marketing VP position. The story made me cringe.

Jobs inquired about Sonnenfeld’s current job, running the JPMorgan Chase advertising account for a hot upstart agency. Sonnenfeld was proud of the work, but Jobs made it clear that he didn’t hold banks, as institutions, in very high regard. When Sonnenfeld explained how the bank was helping communities, Jobs said, “Anyone can throw money at things. What are they doing that’s really good for the world?” That opening volley put Sonnenfeld in defense mode. Then, as he recalls, Jobs zeroed in on the 10 years he’d spent working the IBM and Intel accounts. “For Steve, seeing those experiences on my résumé was like a shark circling his bloody prey. He said, ‘You haven’t really been associated with any great work during your career.’”

Sonnenfeld told you he learned from the experience. Did you ever experience a similar situation working with Jobs?

The thing with Steve is he loved to have passionate debate about most anything. He respected people who had an opinion and were passionate about defending it, but in the midst of that debate, he could make you feel like a fool.

There were two times in my entire relationship with Steve over 12 years that I got raked over the coals. I remember both of them distinctly. It’s kind of like remembering where you were when some famous person died.

One was the introduction of the first iMac. Back in those days, the Internet wasn’t quite as widespread, so we did spreads in newsweeklies and magazines. We had a 16-page spread that was going to be in Time and Newsweek. We were ready to print and I sent Steve the pre-version of it. There was this blue color on the iMac, it was on the computer and the keyboard. He thought the blue on the keyboard in this one shot was inaccurate, that it wasn’t the right color blue. When I got the two photos together, no one on earth would have ever seen the difference. We were using the photo provided to us by Apple, but Steve thought we were ruining the launch of the computer because one photo on one page had a slightly wrong blue. He was crazy over it. He was red-faced angry. It’s a perfect example of him becoming angry due to his passion for perfection.

The funny ending: Once we got over that, we changed the photo, and a couple weeks later I got a phone call from him, a very quiet version of Steve complimenting me and the agency because he had seen the insert that was in the magazine, and he saw the billboards, and he saw the TV commercial, and it was all so beautiful he thought it was the best launch in the history of Apple and the history of computers. In the back of my head I could hear him screaming at me because we had ruined the launch of the computer.

He was a passionate man, and these stories out of context make him seem crazy, but it was very exciting. These things were the seeds of the modern Apple, and just to be part of that was a remarkable experience and certainly the greatest experience of my marketing career.

When you hear rumors about products like an Apple Car, does that seem out of character for the company? Would a car be an example of Apple losing its way?

I have to confess that when I first heard the rumor, I had a similar reaction. But it’s very much like Apple going into the phone category or the music player category. Apple had never made anything but computers before, so iPod was a big shock when it happened.

Every time they come up with a new product, I wonder if there’s anything left to disrupt. Cars are very much like phones. Other than Tesla, no one is really blowing people away in terms of design and usability. The concern I have is the timing of it. If it’s not gonna happen for four more years, Tesla will have that much time to get better. The competition in the category will be stiffer than it was when Apple entered music players or phones. But I do think it’s a cool idea and I would be very eager to see what kind of car Apple would build using the philosophy that’s been at the core of every product they’ve made.