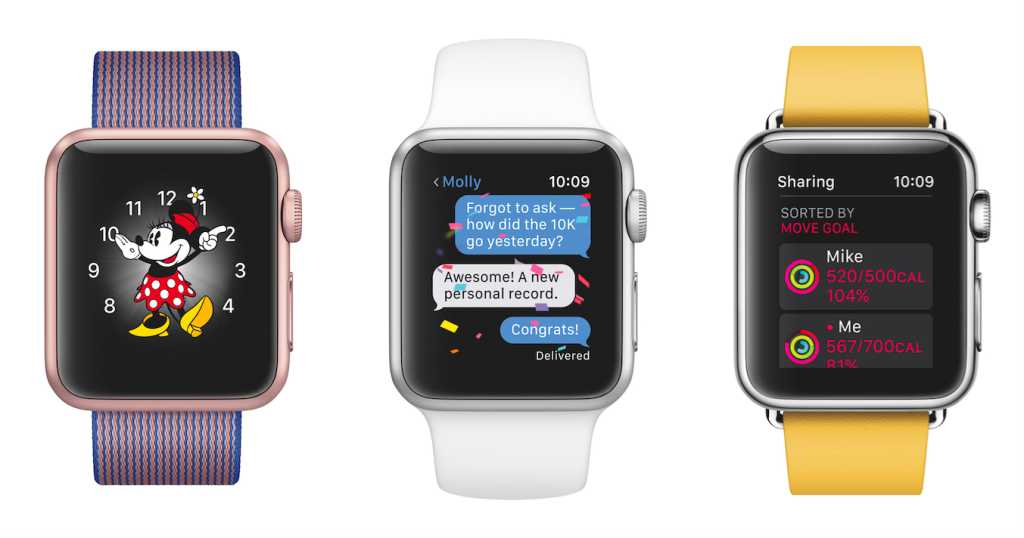 Ever since it made its debut alongside the iPhone 6, Apple Watch has been fighting for respect. Branded a failure from virtually the day it was released, Apple’s first wearable has faced more scrutiny and criticism than any other new product in its history. Even more than the iPod Hi-Fi, price and unrealistic expectations overshadowed the things it did particularly well, and many weren’t willing or able to give it the room it needed to grow.

As it turns out, it didn’t need it. Barely a year into the product’s existence, Apple is rebooting watchOS, dumping key features, reimagining others and dramatically changing the way we implement and interact with it. On its website, Apple says it “Feels like a whole new watch,” and it’s hard to argue that point.

Of course, some will conclude that watchOS 3 is a major mea culpa, a Maps-sized admission that the first iteration was off-base and that Apple got it all wrong. That may be true, but I don’t think Apple ever expected to get it completely right. At its introduction, Tim Cook called Apple Watch the company’s most personal product, but I think its connection goes deeper than the physical relationship. Apple is allowing watchOS to grow within the community that uses it, and our experiences with it will directly impact its evolution.

Compared to iOS 10 and macOS, watchOS didn’t get as much stage time at the keynote, but its 19 minutes were more transformative than anything else unveiled on the stage. It’s not just that apps now open instantly–watchOS 3 is a complete rewrite of everything we knew about Apple Watch. I can’t remember a time when an Apple product was so significantly transformed without a new hardware release. Even iOS 7 kept the general concept intact.

Take the side button. Previously it led directly to the friends ring, where you could quickly call or message one of the 12 people closest to you. In watchOS 3, that button launches a dock that contains your favorite apps, a logical action that more closely mirrors our expectations from iOS.

When designing the watch, a friends button probably seemed like a smart shortcut. Most people use their iPhone to contact the same five or six people multiple times a day, so making it easy to message them right from their watch isn’t a horrible idea. The only problem is, most people rarely initiate a conversation with their watch, and it’s not something worthy of a dedicated button.

But I never expected it to change, at least not until Apple designed a watch without a button. Generally Apple takes its time with major changes–it took until version 10 to be able to hide the stock iOS apps we never use–and it certainly doesn’t let public sentiment dictate the direction of its products. But that’s what Apple Watch so special; it’s so personal, so intimate that Apple doesn’t want to deliver a one-size-fits-all experience that simply piles features on top of a static platform. And it’s paying attention to how we use it.

When watching the watchOS 3 demo, it became clear that Apple has altered its central watch strategy. Where the first incarnation embraced its active capabilities–contacting friends, launching apps through Glances, spending time fiddling with watch faces–the new version drastically cuts down on the amount of time we need to spend with it.

Glances have been incorporated into apps, watch faces can be saved and quickly changed by swiping, and messaging is more about replying to conversations than starting them. Basically, it’s taking the way most early adopters use their watches and applying it to the broader system. It’s not so much an indictment of the former method, but rather a willingness to adapt to users’ experiences.

It’s not just the addition of a requested feature here or there. watchOS 3 is Apple’s first truly crowd-sourced product, a direct response to its consumers’ real-world usage; feedback from users revealed that the watch is much more of a passive device than Apple envisioned. Where Apple’s products have always been made to fit into people’s lives, they also require a fair amount of change from the user. With the watch, it needs to be a frictionless, effortless experience, and to achieve that the OS needs to adapt to how it’s being used.

With watchOS 3, there will be both learning and unlearning curves, but neither will be as steep as watchOS 1. There’s an overall intuition to the controls and features that may seem obvious in retrospect, but they are changes made possible by observing the millions of users who worked the watch into their daily routines. With watchOS 3, the integration will be much smoother.

Still, though, it’s surprising to see Apple so willing to bend. With previous products that may have been misunderstood (iPod Hi-Fi, G4 Cube), Steve Jobs opted to quickly put them on ice rather than seek out ways to make them more palatable. In fact, there’s been a common refrain among Apple watchers in the years since the untimely passing of Apple’s charismatic CEO and co-founder: Steve wouldn’t have allowed this. It’s been used to conflate the company’s perceived missteps, mindset shifts and buggy software updates into a narrative built around a singular theory: Apple has lost its way.

No one will know if Jobs would have ever released a product like Apple Watch, but only Tim Cook’s Apple would allow its users to influence the experience so directly. It’s a phenomenon that can clearly be seen in the last few versions of iOS and OS X, but watchOS 3 takes it to a new level.

Jason Snell wrote yesterday about Apple embracing Not Apple by opening up things like Siri and iCloud, allowing developers unprecedented access to the lock screen and Notification Center. WatchOS 3 might be the ultimate example of Not Apple, a platform so in touch with its users that it allows their experiences to influence it.