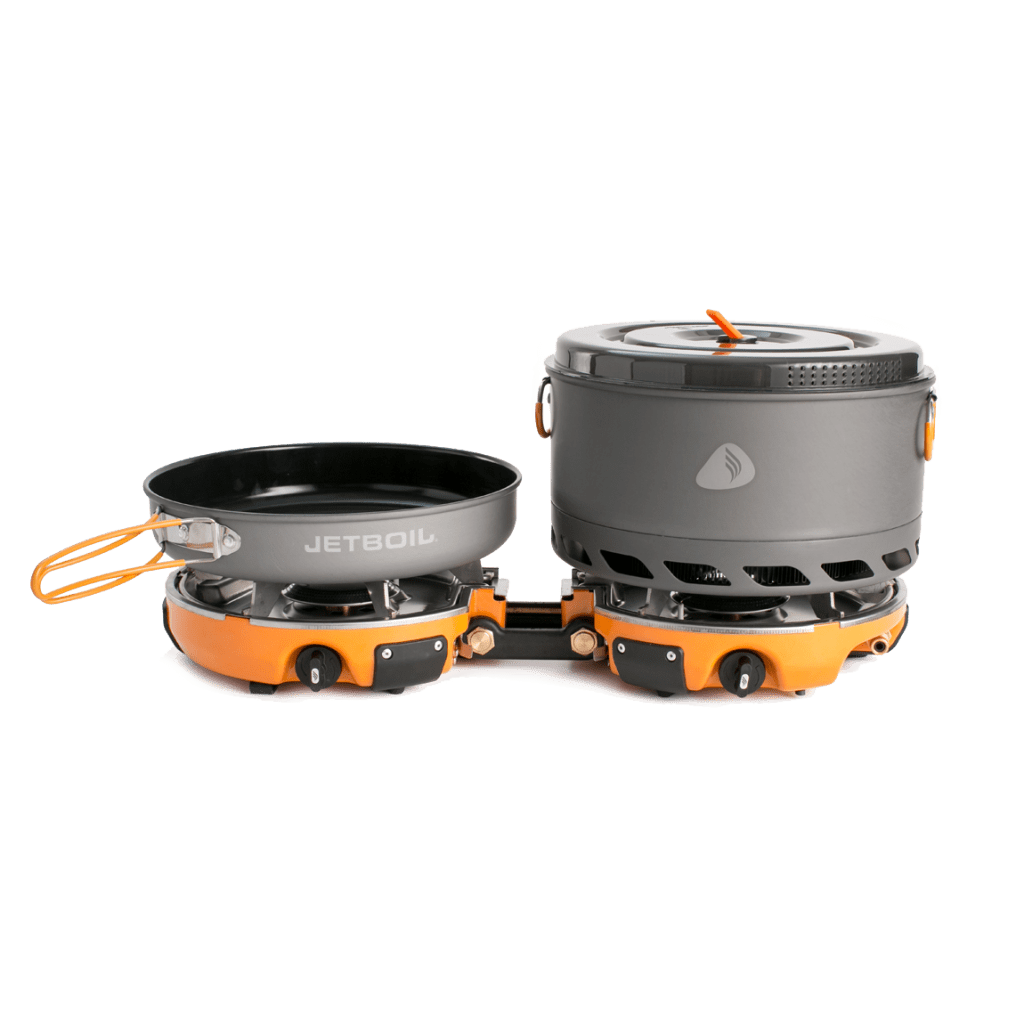 Last year, my partner and I took a camping trip to Port Renfrew: A gorgeous, tree, mist and beauty-packed locale located on Vancouver Island, Canada.  It was our first trip to the coast in months. We were stoked.

So, of course, it stormed the whole time we were there. On the first night, the weather was so fierce that we ended up sleeping in the back of our car. Unable to light a fire to cook over in the driving rain, taking shelter under a tarp, I attempted to make a meal of sausages for us over a backpacking stove that I’d brought along.

Hunched over, I swore as ice cold water poured off the tarp and down my butt-crack, while fighting to keep the stove standing upright as I turned our sausages in their pan to keep them from burning over a high, difficult-to-regulate flame. The misery of it all brought me back to my childhood, where my parents would argue almost to the point of murder as they fought to cook a meal on a Coleman kerosene stove that made everything I shoveled into my mouth smell like a tire fire.

What I’m getting at here is that being able to easily cook a hot, delicious meal when you’re camping is a game changer. It can make a miserable night a little more comfortable and replace hostility with contentment. It’s taken me some time, but having discovered Jetboil’s Genesis Base Camp System, my quest to find the perfect car camping stove has come to an end.

Designed to be an all-in-one cooking system, the Genesis Base Camp System consists of a number of components that nest together like a set of culinary babushka dolls. The Base Camp System’s rugged nylon carry case hugs the contours of the system’s 5-liter pot, which in turn contains a fuel regulator, a 10-inch ceramic-coated frypan, a strainer lid that fits both the pot and the fry pan, a dual burner Genesis camp stove, and a flexible plastic windscreen.

Stowed away in its carrying case, the Genesis Base Camp System measures 8.5 inches tall by 10.75 inches wide—making it small enough to be tucked under an economy airline seat. Its total weight is around 10 pounds. That’s more weight than you’d want to deal with if you and your friends are planning an overnight backpacking trip (we’ll talk about cooking gear suited to that another time.) But compared to the Coleman stove—plus pots and pans that many people still use on car camping trips—the Genesis Base Camp System is a light-weight, compact dream.

When you’re ready to cook, setting the stove up is a breeze. Simply unzip the bag, remove the fry pan and lid from the top of the pot, and lift out the stove. Then, after removing a pair of rubber stays, unfold the stove, screw on the fuel regulator, attach your fuel to said regulator and you’re in business. I was able to have the Genesis stove unpacked and ready to cook in under five minutes.

Unlike many modern camp stoves, which can run off of multiple fuel sources, the Genesis is a propane-only affair. The Base Camp System’s fuel regulator is designed to be attached to a 1-pound propane canister—the same sort that’s used with a portable gas grill. That said, for $20, it’s also possible to pick up an adaptor that’ll let you pair the stove with a 20-pound tank. Chances are, however, that you won’t need it. With a fresh 1-pound tank, I found that I was able to cook three square meals a day for a whole weekend, and still had enough propane left over to barbecue a number of meals on my grill once I got home.

Lighting the stove was just as easy as unpacking it is. For each burner, turn the gas to high and push its lever igniter. Boom, you’re in business. Regulating the amount of heat put out by the burners on most of the camp stoves I’ve used in the past has traditionally proved to be a challenge: You either cook over a high flame, or adjust the flow of fuel with the same care as you would use to dismantle a bomb for fear of accidentally extinguishing your burner.

This wasn’t the case with the Genesis. The stove’s burner control knobs provided me with a wide range of flame control, making the stove a pleasure to cook on. For one of the meals I cooked on the stove—corn on the cob with ham steaks—I found that with the Genesis’ burners on high, I was able to boil three liters of water in less than eight minutes. Meanwhile, the ham browned up beautifully in the non-stick ceramic fry pan.

Cleaning up after the dinner was easy, too. Despite having used no butter or oil, the pan was a cinch to wash. While most people will find that the Genesis Base Camp System provides all of the basics they’ll need to cook away from home, through the use of an adapter, it’s possible to connect one of Jetboil’s Luna Satellite burners or even a second Genesis stove, making for a culinary setup that can go toe-to-toe with your kitchen at home.

Sadly, all this outdoor cooking awesome doesn’t come cheap. A Genesis Base Camp System will set you back $350, or if you prefer to buy the stove without the pan, pot and carry bag, $240. (The stove is currently available for $191.96 on Amazon.) In either case, if you’re an avid car camper, love taking road trips, or even just dig cooking in your backyard on a regular basis, I think you’ll find that your purchase will quickly pay you back dividends with how much pleasure it brings.

Next Time: We’ll explore rugged, compact external drives that’ll let you backup your MacBook, iPad and iPhone, no matter where you go.