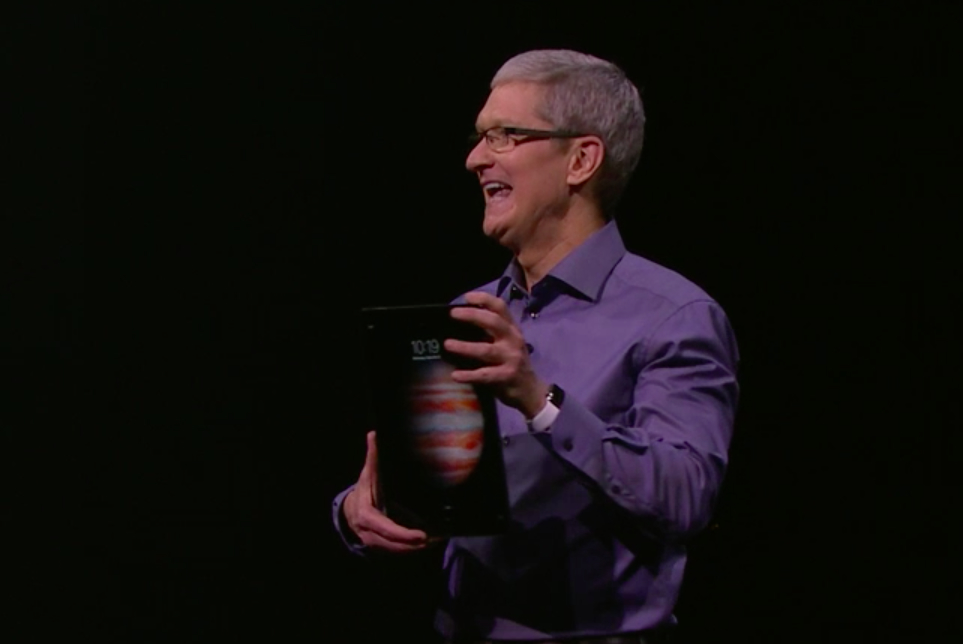 Another quarter brings with it Apple financial results–nearly $8 billion in profit this time, despite a whole lot of tough year-over-year sales and revenue comparisons. But as a part of the results we also get the chance to hear directly from Apple’s executives, in the quarterly ritual of the conference call with analysts. There’s always good stuff to be gleaned from this call, and this quarter was no exception. Here’s what we learned.

Optimism about the iPhone buying cycle

Combine the changes to the way people buy smartphones (especially in the United States) with the sales fall-off from the iPhone 6 to the iPhone 6s, and a lot of people are worried that the buying cycle of the iPhone is going to be elongated. In other words, while your average smartphone buyer might have purchased a new phone every two years in the past, maybe that person will now stick with their old phone for three or four years. If that’s true, that’s going to result in reduced sales for Apple–and that will have a huge impact on Apple’s botom line.

Ever the optimist, Apple CEO Tim Cook says he doesn’t think that’s going to happen. He cited the new trend toward plans that supply customers with a new phone after a certain amount of time–including Apple’s own, which provides a new iPhone every year. “Other have an 18-month clock, some have a 24-month clock, and there are even some that have a 30-month clock,” Cook said. “We’ll see more of those this coming fall.”

But Cook had to admit that for some users, the fact that the cost of smartphone hardware is no longer hidden inside a customer’s phone bill might lead them not to upgrade. “Some of that can be a shock for people who are used to paying $199 for their smartphone–they come back in and they pay less for their service but more for their smartphone.”

Overall, for Apple, Cook says he’s “very optimistic.” On this point, I think he’s got it right: Some people will no doubt change from a two-year cycle to one that’s longer in duration. But other people will opt for new plans that give them a new phone every year, and others will stick with the familiar every-other-year cycle. While there might be a major change in phone replacement rates, it seems most likely that things will remain pretty close to what they are today.

Apple’s high on AI and AR

For Apple today, AI means Siri–but it also means a technology that keeps people attached to their iPhones. “As the phone becomes more and more your assistant, you’re not going to leave without it,” Cook said.

Apple has a lot of competition in this space, most notably Google, which is well known for its prowess in cloud-based services. But I suspect Cook was taking a shot at Google when he said, “The deployment of AI technology is something we will excel at because of our focus on user experience.” In other words, Google will tell you a lot about its machine learning, but Apple will give you AI that you’ll actually want to use.

No comment on whether that’s realistic or not–these days I’m inclined to say that Apple’s abilities on this front are actually underestimated–but it’s interesting to see the confidence there.

On to augmented reality. Analyst Gene Munster asked Tim Cook about the success of Pokémon Go, which uses a light sprinkling of AR (the app uses your phone’s camera to place the titular monsters in the real world around you). Cook managed to call them “Pokey mans,” earning the ire of poké-pedants everywhere, but his statements about AR were fascinating.

“AR can be really great, and we have been and continue to invest a lot in this,” Cook said. “We are high on AR for the long run, we think there’s great things for customers and a great commercial opportunity…. it will be huge.” There have been reports about Apple doing research into virtual-reality stuff, but this is an admission of investment into the augmented-reality space by Apple. That’s an interesting tidbit for a category in which Microsoft has made most of the noise up to now with the HoloLens project.

Apple’s investing a lot in R&D

You can look at the numbers and see it. It’s right there. Apple is spending a whole lot on research and development, and that number keeps growing. This is famously not a company that throws money at pie-in-the-sky research products, so we have to expect that this is money going to things like VR or AR, as well as Project Titan, the rumored Apple car.

“We do continue to invest significantly in R&D,” Cook said. “The growth rates are still large on a year over year basis…. The products that are in R&D, there is quite a bit of investment in there for products and services that are not currently shipping or derivations of what is currently shipping. So I don’t want to talk about the exact split of it, but you can look at the growth rate and conclude that there’s a lot of stuff that we’re doing beyond the current products.”

In other words, Apple’s spending a lot of money on entirely new products.

The iPhone SE is still a hit

As was suggested during last quarter’s call, the iPhone SE is the Little Smartphone That Could. Apple doesn’t break out sales by individual model, but it’s clear that the iPhone SE continues to sell well.

“I really like what I’ve seen with the iPhone SE, and the fact that it’s opening the door to customers that we weren’t reaching before, and likely convincing some people to upgrade that wanted a smaller form factor,” Cook said.

Or, as Apple CFO Luca Maestri put it: “The iPhone SE is doing exactly what it was intended… [bringing] a higher rate of new-to-iPhone customers… and we see a higher rate of previous iPhone owners that really prefer the four-inch form factor. We have not seen clear evidence of cannibalization from iPhone 6s or 6s Plus.”

Some people just want to buy a smaller phone. This is actually a big advantage Apple has right now in the phone market, because most Android phones skew quite large. People in the market for a good, small phone will look carefully at the iPhone SE.

The iPad may have turned the corner?

The decline in iPad unit sales that’s been going on for a couple of years has slowed for the third straight quarter. The average selling price of the iPad actually went up, leading to the first year-over-year growth in iPad revenue in 10 quarters. That’s no doubt thanks to the introduction of the 9.7-inch iPad Pro, which is more expensive than the iPad Air 2. Cook said that half of iPad Pro purchases are being made “for work.”

The question is, where does the iPad go from here? The 9.7-inch iPad Pro is the new flagship of the iPad line, and its introduction only slightly changed iPad sales figures. Then again, when you look back to the iPad’s largest quarter–the one coinciding with the 2013 holidays–you realize that those iPads are all nearly three years old. When will they be upgrading?

It’s hard to guess where the iPad is going. The numbers aren’t strong, but they’re headed in a better direction than they’ve been in ages. Maybe it’s something to build on.