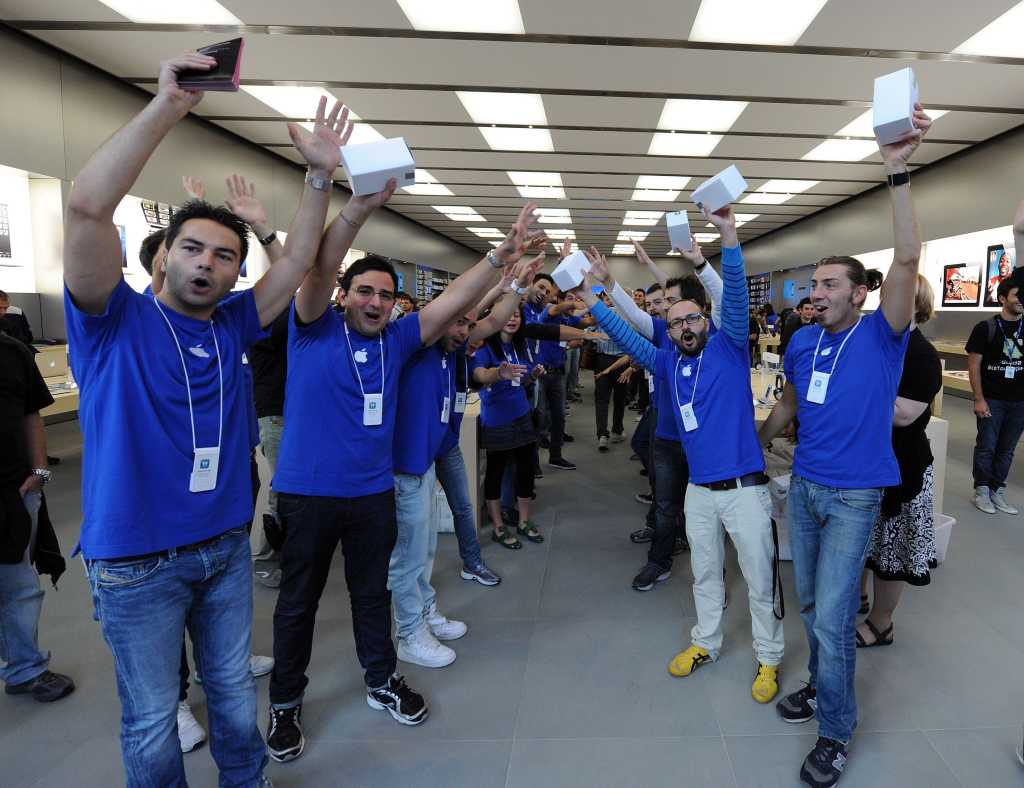 Been to your local Apple Store lately? You probably noticed that it’s much more than a place that sells stuff. There are Geniuses there to help you with your tech problems, and in the bigger stores, there are training sessions and youth programs. Mostly, people never buy a thing and just hang out, using the iPads, Macs, and the free internet access. Some people stay there all day, and that’s fine with Apple, as long as you don’t stink up the joint.

The Apple Store is much more than a store, and that’s probably why Apple decided to drop the “Store” from the name, according to a report by MacRumors. Now it’s just “Apple,” plus the name of the location to differentiate each store. For example, in Orlando, Florida, the two Apple stores are known as Apple Florida Mall and Apple Millenia.

MacRumors said that the company issued a memo to its retail employees, stating that the name change is a gradual one and starts with new stores, though you’ll notice that the Apple Retail Store List has already implemented the change.

The name change seems to have been initiated with the opening of the Apple Union Square store in San Francisco in May 2016. That store—referred to as “Apple Union Square” throughout a press release that doesn’t use the “Apple Store” terminology—features new store sections such as The Forum, where training programs and presentations are held, and The Plaza, an outdoor public area that’s always open, equipped with free Wi-Fi, and features musical performances.

Why this matters: To you, the consumer, it doesn’t matter. If you’ve always referred to the store as “Apple,” you’ll still call it that. And if you called it the “Apple Store,” it’s now just the “Apple store.”

To get pedantic, however, there is a difference between “Apple” and “Apple Store,” especially to tech journalists. “Apple” refers to the corporation; it conjures up images of the Apple campus in Cupertino (or even in Austin). “Apple Store” refers specifically to the store, obviously. But the change has been made, and eventually, I’ll break my habit of holding down the Shift key when typing “store.”