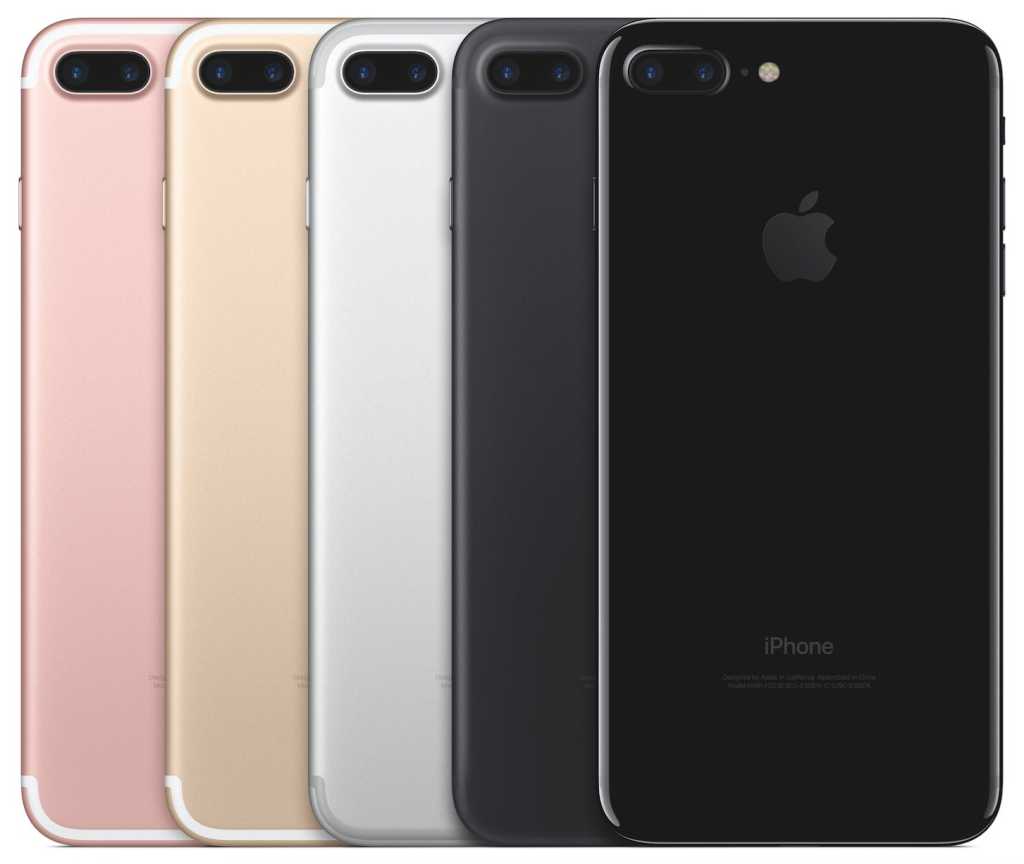 Apple’s annual iPhone event was jam-packed with information, but between the lingering look at the new jet black finish and all the business about AirPods, you may have missed some important details about the iPhone 7 and 7 Plus.

But we’ve got you covered. Here’s everything you may have missed during Apple marketing VP Phil Schiller’s presentation, plus some facts he didn’t mention, in case you’re thinking of upgrading to a 7 but can’t quite decide. For more information, take a look at our iPhone 7 hands-on.

When can I get the new iPhones?

In India, the iPhone 7 and 7 Plus will be available Friday, Oct. 7.

How much do the new phones cost?

Apple’s iPhone Upgrade Program, available to buyers in the U.S., U.K., and China, gives you the option to buy an unlocked iPhone 7 or 7 Plus with AppleCare+ through your carrier of choice for $32 a month and up. (Prices vary based on country, iPhone model, and storage size.) The upgrade program also lets you trade in your iPhone next year for the latest model.

Which carriers are offering the iPhone 7 and 7 Plus?

You can buy phones directly from AT&T, Verizon, T-Mobile, and Sprint in the U.S., or you can buy an unlocked phone from Apple to use on any network you’d like through the iPhone Upgrade Program.

What colors can I buy?

What’s the difference? One is an anodized matte finish, while the jet version is a high-gloss, inky black. Apple showed off the jet black model’s engineering process in a Jony Ive-narrated video during the Sept. 7 iPhone launch event. The new finish was crafted from bead-blasted aluminum (or, as Ive charmingly puts it, “aluminium”) that then goes through a nine-step anodization and polishing process. The finished product is so glossy that you can’t tell the difference between the glass display and the aluminum body. The down side: The jet black is also more prone to fingerprint smudges and scratches, so you might want to snag a case for that model.

Yes. The audio jack, a staple of consumer electronics devices for decades, is no more—at least when it comes to iPhones. Apple sacrificed the port to free up space for a larger camera system, bigger battery, and Taptic Engine for providing feedback in response to the redesigned Force Touch Home button.

So how will I listen to music, videos, and podcasts on my iPhone?

Apple is including a pair of Lightning EarPods with every new iPhone, so you can still plug into an iPhone port for private listening sessions—just not the port you were used to. You won’t be able to listen to the new Lightning EarPods and charge your phone with a Lightning cable simultaneously, if that’s a problem you run into regularly. Third-party adapters will appear to fill the gap—Belkin just announced a $40 Lightning Audio + Charge RockStar that splits the iPhone’s Lightning port into two, one for charging and one for your Lightning EarPods.

Apple must have anticipated outraged responses to the eliminated audio jack, because it’s also bundling a Lightning-to-headphone jack adapter with every iPhone. (You can buy an adapter separately for the low, low cost of $9.) Your expensive wired headphones will still work, now you’ll just need an extra dongle.

Lightning EarPods and adapters are just interim solutions, though. Apple envisions a world in which all audio is enjoyed wirelessly, which is why the company created a new set of Bluetooth headphones called AirPods. Those will retail for $159 when they debut in October. (We tried them out. They are very, very cool.)

Do the new phones have better cameras?

Every year, Apple makes the iPhone’s camera a little bit better. This year, both iPhone models are getting a huge camera overhaul. The A10 Fusion chip built into both the iPhone 7 and 7 Plus features a new image signal processor that uses machine learning to make your photos look amazing. Here’s what you need to know:

Both new iPhones have 12-megapixel rear-facing iSight cameras and 7-megapixel front-facing FaceTime HD cameras (a bump up from the 5-megapixel FaceTime camera in the 6s models). The 4.7-inch model gains optical image stabilization, a huge improvement over the digital image stabilization in the 6s. Last year, only the 6s Plus offered OIS. The new sensor corrects any shakiness and reduces blur for up to three times longer exposure from the 6s.

Both the 7 and 7 Plus have an ƒ/1.8 aperture that allows up to 50 percent more light than the 6s, and a six-element lens that will shoot better low light images. A quad-LED True Tone flash is 50 percent brighter than the 6s, and a new sensor compensates for flickering lights. Both the front-facing and iSight cameras use wide color capture for brighter, more detailed shots.

Doesn’t the iPhone 7 Plus have two cameras?

It does. The 5.5-inch model has the same wide-angle lens that the 4.7-inch phone does, but right next to it is a 12-megapixel telephoto lens with ƒ/2.8 aperture that can capture zoomed-in details without losing image quality. The telephoto lens gives you 2x optical zoom, and 10x digital zoom for photos (6x for video).

In a software update coming later this year, the 7 Plus will gain a depth-of-field feature called Portrait, which uses both cameras to sharpen the subject of your image while softening the background (an effect called bokeh). The new feature will be accessible in the iOS Camera app—just tap the new Portrait option—and you can see the effect as a live preview in the app before you start shooting.

So is the iPhone finally waterproof?

Not waterproof, exactly, but water-resistant. That’s partly why Apple took out the headphone jack—and to make room for things like the supersized camera system, the stereo speaker on the bottom, and the new Taptic Engine, which I’ll get to in a minute.

The iPhone 7 is rated IP67, which means it can withstand about 1 meter of water for up to 30 minutes. That means an accidental bath in the toilet or swimming pool no longer requires an emergency time-out in a bag of rice (oh, come on, you know you’ve tried it). It’s also resistant to dust, which should please desert-dwellers and outdoorsy types.

Tell me more about that new speaker.

You know when you’re watching a video in landscape mode but sound is only coming from one side of your phone? Apple fixed that. Now you’ll get a stereo effect thanks to speakers at the bottom and top of the phone. Apple says the sound experience is 2x louder than the iPhone 6s, with an increased dynamic range.

Did Apple bring Force Touch to the iPhone?

The iPhone 7 Home button redesign may turn out to be the new model’s sleeper hit feature. Why? It’s now a solid state, pressure-sensitive button instead of a mechanical one. That could mean fewer Home button failures, which means fewer repairs.

The Home button belies an internal feature, the new Taptic Engine, which responds with physical feedback—vibration at varying levels of intensity that you can customize—when you perform a function on your phone. Apple is opening up the Taptic Engine to developers with an API, so imagine what the possibilities could be for games and other apps.

OK that’s all great, but what about battery life?

One of the benefits is removing the headphone jack was a bigger battery (we’re not yet sure how big, but we’re sure our pals at iFixIt will find out soon enough). Apple says the iPhone 7 lasts up to two hours longer than the 6s and the 7 Plus lasts up to one more longer than the 6s Plus. Not too shabby. Some of the gains could be from the more efficient four-core A10 Fusion processor rather than just a higher-capacity battery, but as long as we can squeeze out more time between charges, that’s what really matters.

Nope, sorry. The 7 Plus’s dual lenses make 6s Plus cases incompatible. And while the 4.7-inch iPhone 7 is the same size as last year’s 6s, the camera is much larger, so the chances of your old case fitting this phone aren’t great. It’s possible a bumper-style case would fit, but for the most part you’ll want a new case for your new iPhone 7.