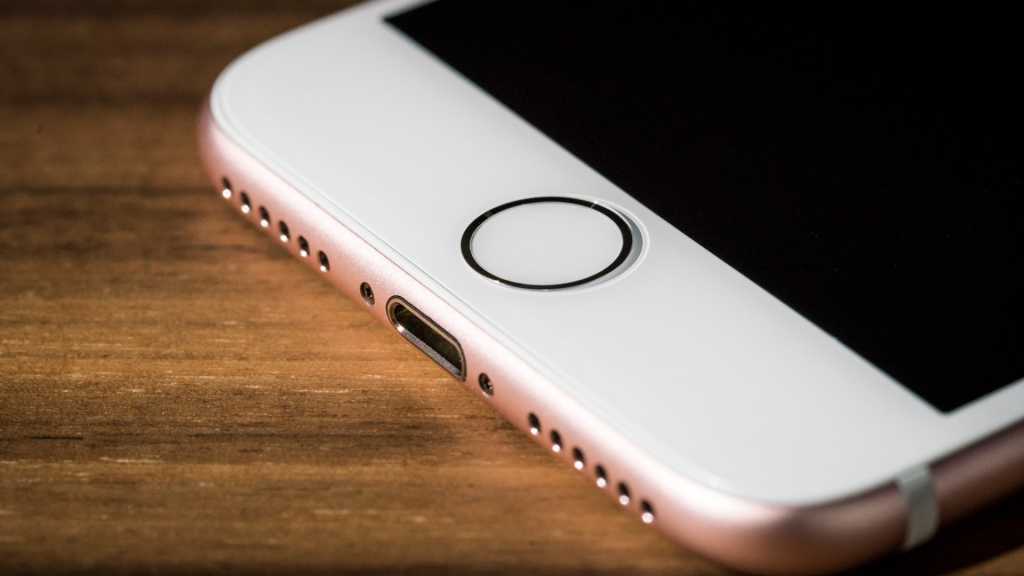 Keep it simple. That’s been Apple’s design philosophy for ages. Whether it’s buttons or ports, the history of modern Apple design makes it clear that Apple is a company that looks at every product and asks, “Could there be less stuff on this thing?”

When Steve Jobs announced the original Apple Remote, he displayed a slide comparing it to two typical TV remotes—one with 43 buttons and the other with 45. In contrast, the Apple Remote had six. The third-generation iPod Shuffle was designed with no buttons at all, an extreme decision that led to a rare flip-flop on Apple’s part—the next generation of the Shuffle reverted to the previous design, which offered playback controls.

The most recent examples of Apple’s minimalist philosophy—it’s become a running joke to call this Apple’s war on buttons—are the MacBook and the iPhone 7. The MacBook, introduced in 2015, offered a single USB-C port and a headphone jack, and that was it. And of course, the iPhone 7 lacks a headphone jack, making it simpler still.

The trend is clear and consistent: Those familiar things you’ve got on the outside of your Apple products are coming off. Or at least, some of them are, if Apple can figure out a way to do it with minimal fuss and loss of functionality. With the headphone jack cleared away, then, it’s worth considering what’s left—and what’s next to go.

iPhone Home button: You can already see this one fading away. On the iPhone 7, it’s present but doesn’t actually depress. The problem with eliminating the home button completely is that Apple would need to replace it with a gesture or special area of the iPhone interface that would replace the functionality lost if the home button were to disappear. It’s not an easy problem—Android devotes a semi-permanent strip on screen to its Home button equivalent—but it’s one that Apple will need to solve if it wants to completely abolish the home button. In addition, if the home button vanishes, the Touch ID sensor will need a new home. Many Android phones feature a fingerprint sensor on their back side. It sounds weird, but in my experience it’s a natural place to put a touch sensor—when I grip the Nexus 5X, my index finger rests right on the fingerprint sensor.

iPhone Ring/Silent switch: It’s already gone from the iPad, and this is specific hardware designed for a single feature. To be honest, I’m surprised Apple didn’t remove the ring/silent switch from the iPhone years ago. Yes, there are many of us who have grown accustomed to flipping that switch back and forth to verify that our phones have been silenced. And you do need a piece of hardware to rely on to ensure that your phone won’t make noise at the movies—but that could easily just be the volume-down button, which could mute your phone when you hold it down for a second and even vibrate the Taptic Engine to give you confirmation.

iPhone Lightning port: It’s hard to seal your device off from all ways to make a data connection. Plugging in a cable is always a useful fallback when your device is well and truly borked. (This is why it’s somewhat dangerous to run beta software on an Apple Watch, for example—if it crashes hard there’s no place to plug it in and load a fresh copy of watchOS.) And of course, the single Lightning port is a gateway to a large number of different accessories. Even if Apple adds some sort of wireless charging feature to the iPhone in the future, it’s likely that the Lightning port will stick around for a while.

Ethernet on iMacs: I use ethernet on my iMac every day, but how many iMacs need ethernet? And wouldn’t those Macs be just fine connecting via a USB-C-to-ethernet adapter or a Thunderbolt 3 hub? (Admission: My iMac is connected to ethernet via a Thunderbolt hub, not its onboard ethernet port.) I could see Apple jettisoning ethernet on the iMac in the very near future.

Headphone Jacks on Macs: They’re versatile, used for external speakers and for high-quality, latency-free audio when editing audio and video and playing games. Those are all good reasons to keep a headphone jack on every Mac that Apple sells, but there were plenty of good arguments for keeping the headphone jack on the iPhone, and here we are! My gut feeling is that Apple will keep the headphone jack around on most Macs for quite a while, but some models—the MacBook, for example—might drop it sooner than we expect.

Light switches and keys: The growth of HomeKit and its continued integration into iOS via the new Home app in iOS 10 makes me suspect that Apple will soon start trying to remove buttons from our houses, not just our devices. If all your lights are controllable via HomeKit, do you need light switches? If you’ve got a smart lock and smart garage door, do you need keys? The answer right now (for me, anyway) is yes—but for how long?

Our wallets: Apple would really like the iPhone to replace our wallets, so we can use Apple Pay to buy anything we want, anywhere, no cards or cash required. This, too, is a dream that’s going to take some time for the company to accomplish—even now, two years after the launch of Apple Pay, it’s still unavailable in many of the stores I shop at.

I don’t think I’ll be giving up my keys or wallet anytime soon, but as for classic USB on Macs and the home button and ring/silent switch on iPhones? I’m not going to get too attached. This is the lesson Apple has taught us all. Buttons aren’t forever.