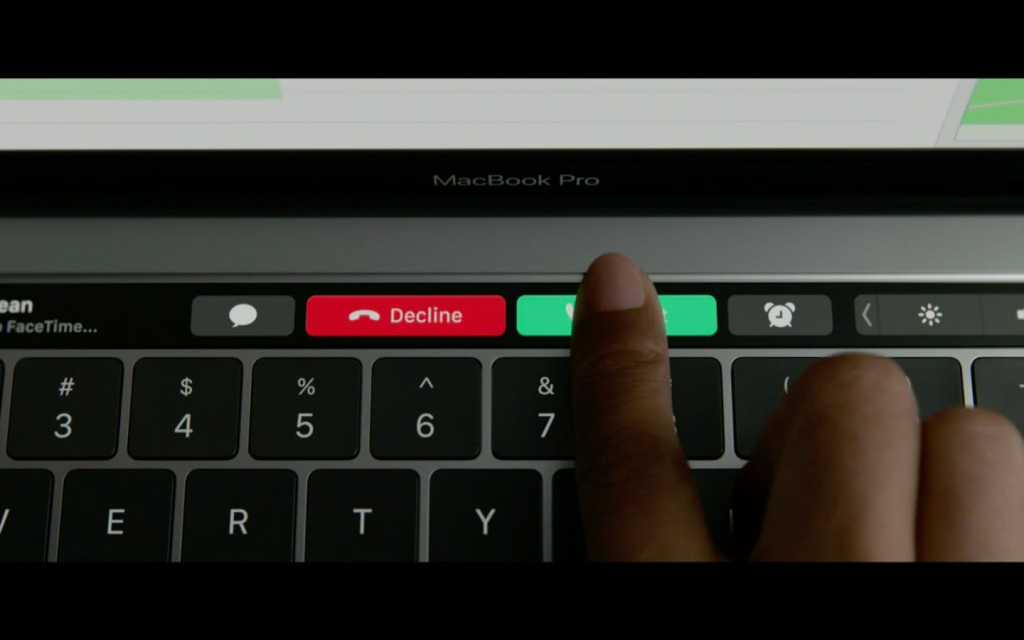 PC makers have fully embraced touchscreen laptops and desktops, but don’t expect Apple to head down that road.

Last week, the company introduced two MacBook Pros that feature slim OLED displays to replace the keyboard’s function keys. Apple launched its latest products just one day after Microsoft unveiled its massive Surface Studio desktop designed for creative professionals, a demographic once solidly in Apple territory. Why didn’t Apple go fully touchscreen with its new MacBooks? Is the Touch Bar an interim step, a sign that Apple is unsure of its footing?

No. Jony Ive, Apple’s chief design officer, told Cnet that Apple had decided “many, many years ago” that touchscreen Macs were not the right approach.

Why? Well, Ive didn’t really get into specifics (of course):

“When we were exploring multitouch many, many years ago, we were trying to understand the appropriate application and opportunities for [it]. We just didn’t feel that [the Mac] was the right place for that. It wasn’t particularly useful or an appropriate application of multitouch. It’s difficult to talk without going into a lot of details that puts me starting to talk about things that we are working on. I don’t really want to talk much more about it.”

Ive said the company develops prototypes that employees then live with for awhile to see if the approach is a good one. Two years ago, Apple began developing larger trackpads with haptic input, then decided to combine a touch display with a mechanical keyboard.

Ive used incredibly vague terms to avoid hinting at where Apple will take the Mac, but the Wall Street Journal reported earlier this month that the company is planning to swap out the mechanical keyboard for a Kindle-esque e-ink display. That huge change would come courtesy of e-ink keyboard creator Sonder Design, an Australian startup backed by Apple supplier Foxconn.

According to the WSJ, that new keyboard won’t make its way to the MacBook until 2018. And as for why Apple is more interested in putting touch in its MacBook keyboards than its MacBook screens, well, it’s unclear. We’re planning to take the MacBook Pro’s Touch Bar for a spin (and put it through some rigorous testing) to see what it’s good for, so stay tuned.