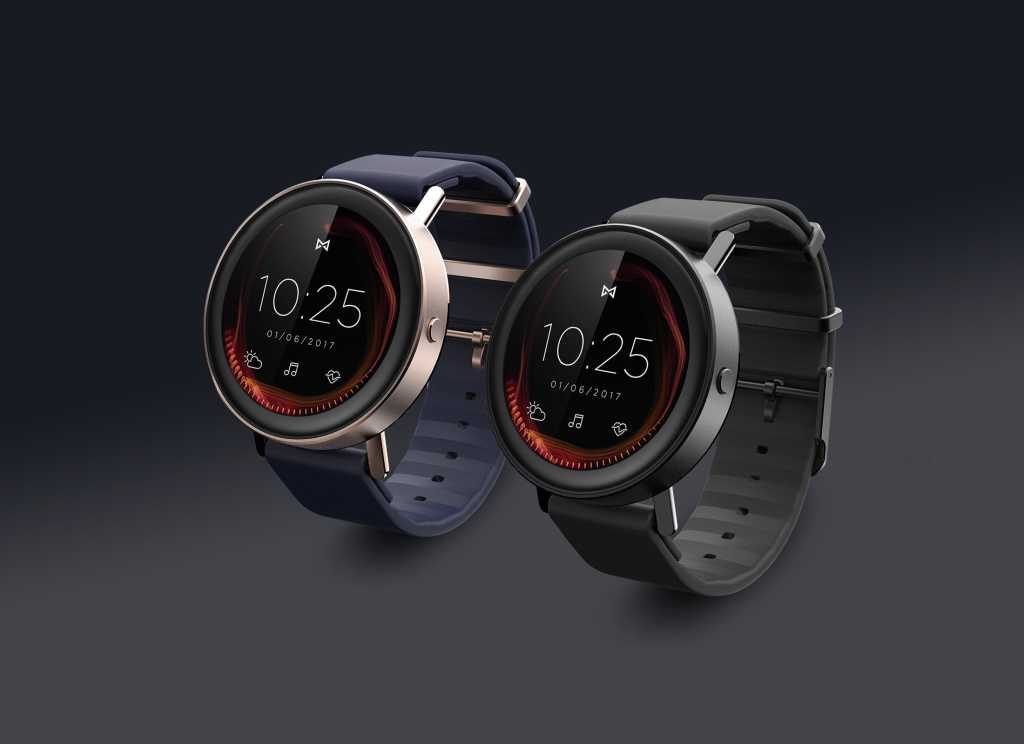 Misfit is best known for its simple, affordable fitness trackers, many of which resemble pieces of jewelry. But the Fossil-owned company is braving new territory—at least for itself—with its first touchscreen model, a round 44mm watch called Vapor.

People aren’t exactly clamoring to buy smartwatches right now, but Misfit thinks packing a heart rate monitor, 4GB of on-board music storage, Wi-Fi, Bluetooth, and fitness-tracking sensors including an accelerometer, altimeter, and gyroscope into one supersized, waterproof package under $200 will appeal to people who think smartwatches just aren’t that useful.

Misfit put every single feature it could think of in the Vapor, and all of those features are definitely appealing. The stainless steel case comes in black and rose gold with silicone straps that can be swapped out for leather options. The company showed me a pre-release demo version of the watch on Wednesday before CES kicked off, and the Vapor’s round AMOLED display looks high-end for its $199 price point. Misfit says when the watch ships later this year, it’ll run two days on a single charge even with an ambient watch face.

Vapor is a clear shot at Apple, but also at Fitbit, whose Blaze smartwatch failed to impress after launching at CES last year. The Apple Watch lasts about a day on a charge and its display remains dark until you raise your wrist to check the time. It also has just 2GB of on-board music storage, compared to the Vapor’s 4GB. It’s also about $150 more expensive.

But Misfit’s new smartwatch uses a new gesture—you scroll your fingertip around the edge of the watch face to navigate through apps, which can be confusing at first. As you move your fingertip over the app icons that ring the watch face, live previews of the app will appear in the center. You tap the preview to jump into the app. Vapor’s watch face has the time, of course, but also three app shortcut icons that you can customize (like Apple Watch’s complications).

Misfit Vapor is a radical departure for the Fossil-owned company, which only recently began to expand beyond ultra-basic fitness trackers. The Misfit Phase, released late last year, took a page from Fossil’s book by putting fitness-tracking features in an analog-style watch. The Vapor is something totally different, and it’s a good sign that the company is packing it full of features people really want. But will the final package be as impressive as its specs sound on paper? Stay tuned for a full review.