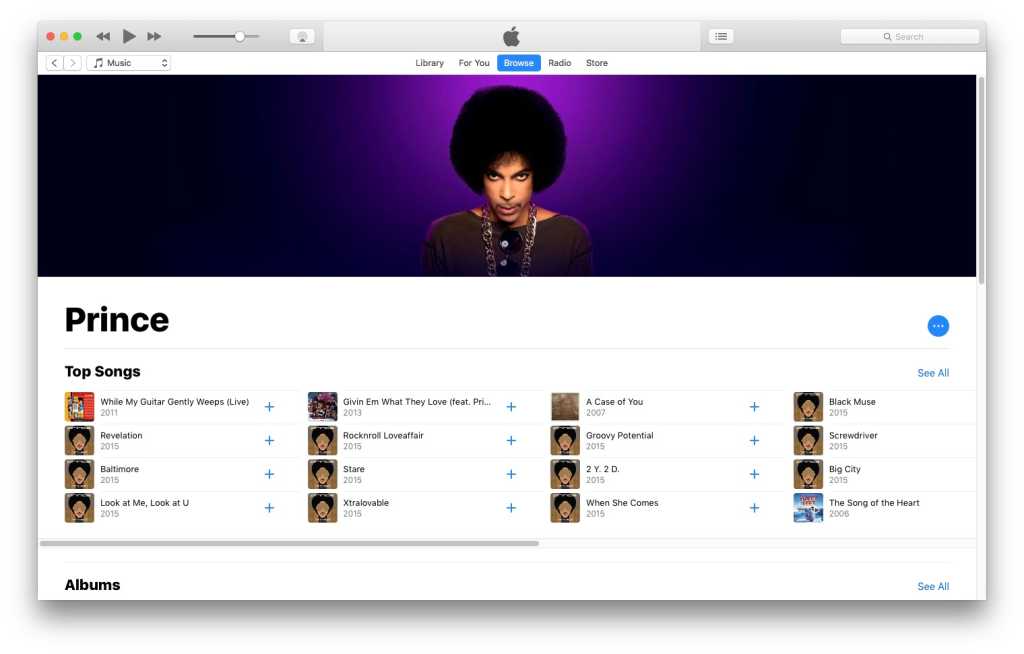 Prince had a tricky relationship with the internet. Toward the end of his life, Prince famously pulled his music from all streaming services but Tidal, the artist-owned, Jay Z-led app for audiophiles. But now Prince’s hits are finally streaming far and wide.

Spotify and Napster first confirmed to TechCrunch that Prince’s catalog would launch on their services Sunday February 12, the night of the Grammys. A previous rumor in the New York Post claimed Prince would come to Apple Music too—and that turned out to be true.

Lauching Prince’s Warner Music Group records for streaming on the night of the Grammys is fitting, considering that the award show’s organizers honored Prince with a musical tribute that night.

The arrival of Prince tunes on streaming services might have been a complete surprise had Spotify not taken out purple subway ads in New York City. The ads make no reference to Prince, but his signature color was sign enough for die-hard fans, who instantly pieced it together.

So dearly beloved, if you need help getting through this thing called life, the Purple One is here for you again.