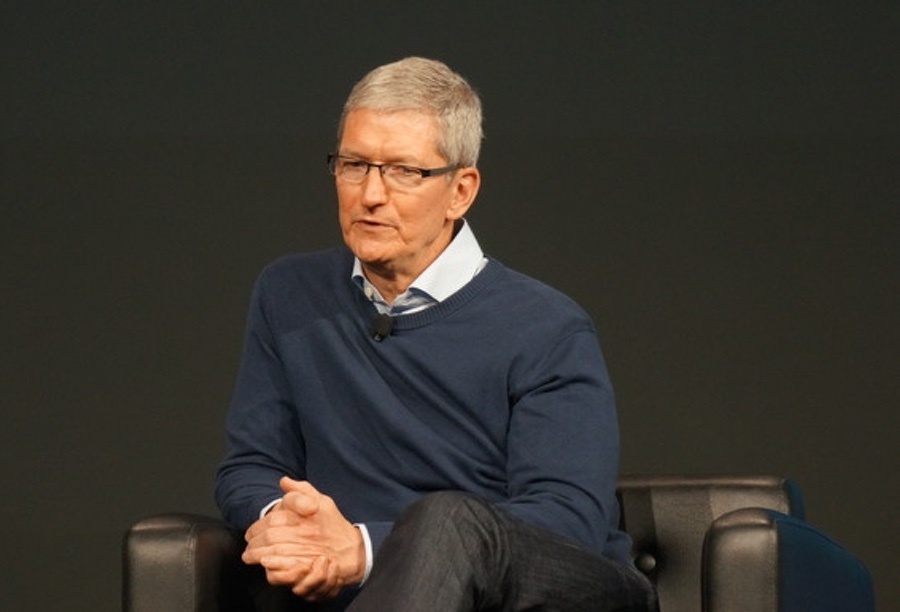 While Apple CEO Tim Cook is looking forward to his company’s next big idea, which sounds like it’s going to be augmented reality-related, he’s also stunned by the tech industry’s inability to stem the tide of fake news.

In between tours of schools and meetings with developers in a trip to Britain, Cook spoke excitedly about the potential of AR in Apple devices to The Independent, and was equally impassioned about the scourge of fake news in comments to The Telegraph.

The problem with fake news

The term “fake news” has basically lost all meaning at this point, but Cook pointed to false stories that spread like wildfire across the internet as a “big problem in a lot of the world.” Tech companies have a responsibility to intervene, he told the Telegraph.

“All of us technology companies need to create some tools that help diminish the volume of fake news,” he added. “We must try to squeeze this without stepping on freedom of speech and of the press, but we must also help the reader. Too many of us are just in the complain category right now and haven’t figured out what to do.”

Apple is one of the companies that has spoken out against the Trump Administration’s ban on refugees and immigrants from seven predominantly Muslim countries. The company joined rivals Microsoft, Google, Amazon, and other tech industry giants to legally challenge the ban, which was blocked by the 9th U.S. Circuit Court of Appeals last week.

Augmented reality is the future

Cook is never one to give away Apple’s top-secret product plans, but for the last year or so, he’s been hinting at the company’s pet project: augmented reality.

“I regard it as a big idea like the smartphone,” he said in an interview with The Independent. “The smartphone is for everyone, we don’t have to think the iPhone is about a certain demographic, or country or vertical market: it’s for everyone. I think AR is that big, it’s huge.”

Cook said that AR isn’t a stand-alone product, but rather a “core technology” built into other devices.

“There are things to discover before that technology is good enough for the mainstream,” he added.

Cook has spoken about augmented reality before, and we know from job postings that the company has staffed up to develop AR-related projects (though of course we don’t know what those will look like when they’re done).

Cook made the remarks toward the end of his European tour, during which he visited France, Germany, and Scotland to accept an honorary doctorate from Glasgow University.