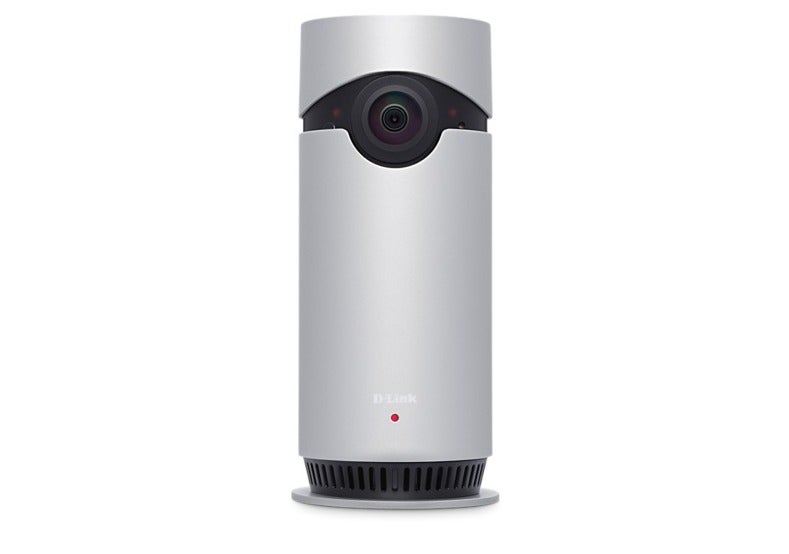 The first HomeKit-compatible security camera is officially available to order through Apple.

D-Link’s $200 Omna 180 Cam HD, first announced at CES in January, has a list of specs comparable to competing products: a 180-degree wide-angle lens, night vision up to 16 feet, two-way audio, high-definition 1080p resolution, and a microSD slot so you can record video to play back later.

Those are pretty standard features for a securtiy camera, but where D-Link’s Omna shines is HomeKit integration. The camera can play an integral role in your iOS Home scenes, like turning on the lights in your home when the Omna detects movement. You can also control the camera using Siri, though it’s hard to imagine a situation where that would be useful. You can also watch a feed of outdoor activity on the Home app for Apple TV, which is another feature we can’t really imagine using that much.

One really neat feature that does sound useful is a rich notification on your iPhone lock screen when the camera detects movement. That notification will show you a live feed from the camera, which is an example of the ease that exemplifies Apple’s ecosystem. This is how they lock you in.

HomeKit could use more products, but the market is growing. D-Link’s security camera is a solid addition. Stay tuned for a full review of the camera.