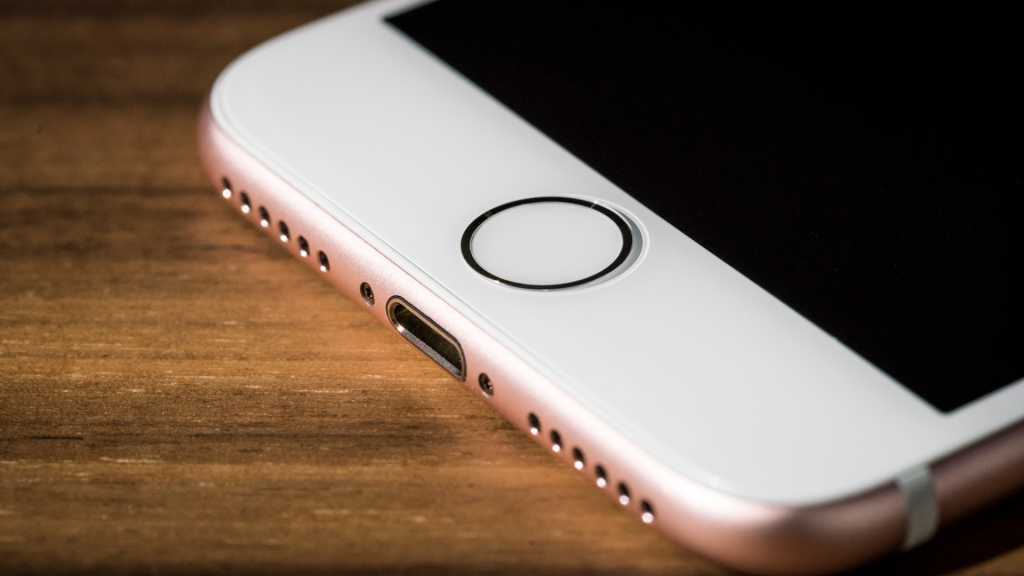 It’s never too early to start speculating about the next iPhone—even if it’s not due out for more than six months. We’ve got the usual “edge-to-edge display” and “virtual Home button” rumors that seem to circulate about every iPhone, but I’ve also noticed reports congregating in another area lately: biometric security.

The iPhone has, of course, offered biometric security in the form of Touch ID since the iPhone 5s was released in 2013. That technology expanded to the iPad and, more recently, to the MacBook Pro.

But in the last few weeks I’ve seen a few suggestions that new technologies might supplement—or replace!—Touch ID in the upcoming iPhone. Is that likely, or merely wishful thinking?

It’s a staple of science-fiction: you put your eye up to a camera, which scans it and compares it to the pattern of your iris that’s on file. Futuristic sounding, sure, but iris-scanning is actually an established biometric technology. It’s actually akin to Touch ID, in the sense that the system takes an image of your iris and then converts it into a mathematical model that it stores. Then, when you try to use the system, it compares that model with what it’s seeing.

Unlike its close cousin, retinal scanning, iris scanning can be done with technology that’s easy to build into a phone—in fact, a few smartphones already feature iris-scanning capability using near-infrared LEDs, including the Lumia 950XL and the doomed Galaxy Note7. The technology allows users to unlock a device simply by looking at it. It can even work seamlessly with glasses, contact lenses, and some sunglasses.

So it’s absolutely plausible that Apple could integrate a similar feature into a new iPhone. There are some challenges to overcome: for example, few iris scanning technologies currently on the market do any sort of live-tissue verification, meaning that it’s possible they could be defeated using high-quality images or videos. And given the ubiquity of high-resolution cameras in smartphones and elsewhere, pictures of your eyes are arguably much easier to acquire than your fingerprints.

In theory, facial recognition is even easier to implement than iris scanning, since all it requires is a traditional camera and your face. However, the method Apple is rumored to be implementing is said to be “3D laser scanning” hardware. That technology encompasses a variety of different approaches, none of which seem to currently be available in consumer products.

This report was buoyed in particular by the fact that earlier this year Apple snapped up Israeli firm RealFace, which specializes in facial recognition. (Remember, though, that it was a year and change between Apple buying fingerprint scanner firm AuthenTec and the appearance of Touch ID in the iPhone 5s, and that there are other non-security applications for this technology.)

Several smartphones and apps offer facial recognition via a standard camera. The problem with those solutions is that they’re often not particularly difficult to defeat, especially using video—and video of people’s faces is absurdly easy to acquire.

The rumor suggests that this laser-scanning technology could be used for augmented reality applications, but to me it all seems a bit thin. A facial recognition system could be more robust under conditions in which Touch ID doesn’t work all that well—anybody who’s ever gotten the sensor wet knows what we’re talking about—but given the time and money that Apple has invested in promulgating Touch ID, it seems less likely that the company would ditch it in favor of a new, untested technology.

Apple rumors—especially about the iPhone—tend to follow a pattern. Many start out expecting or pushing something huge and revolutionary, but the reality, when it appears, ends up being more pedestrian. Or, as the common refrain goes, “In hindsight, that should have been obvious.”

So I’m skeptic about rumors of new biometric features. It’s possible that Apple will roll out these new technologies, but I’d guess that they’re farther away than the rumors suggest. Plus, adding infrared LEDs and laser scanners would increase the iPhone’s power consumption and add to its cost.

That said, there are some compelling arguments for more biometric security. Iris scanning or facial recognition, especially if integrated alongside fingerprint recognition, could provide additional options to those who don’t want to, or more importantly, can’t use Touch ID, due to personal preference or accessibility challenges.

But hopefully the smoke of these rumors points to some sort of fire that Apple is at least interested in pushing the bounds of security technology. Our devices are the gateway to much our personal and private information, and protecting them is of the utmost importance.