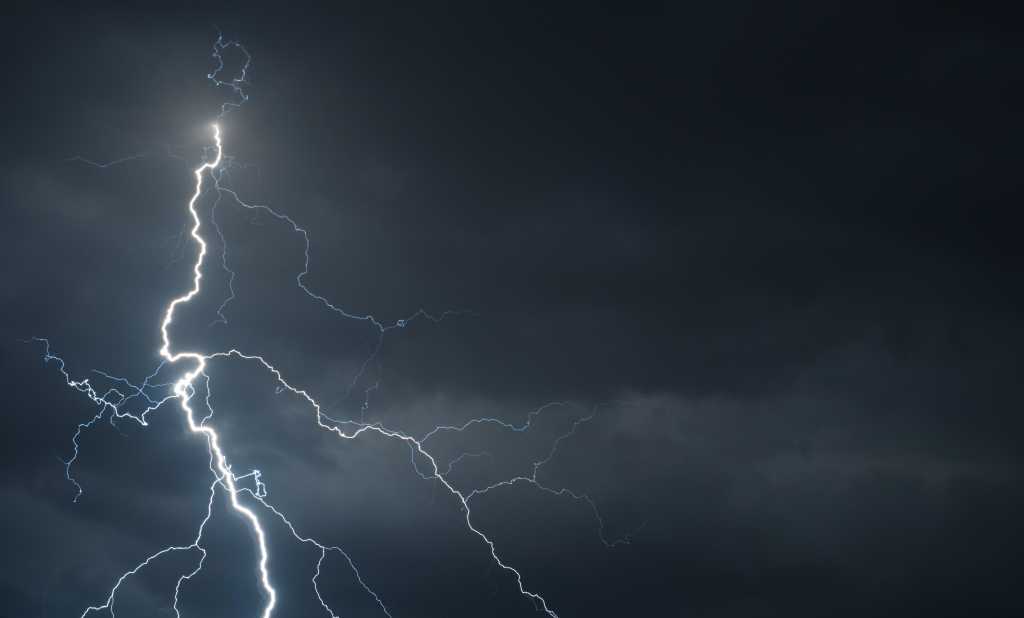 On Tuesday a Wall Street Journal report reinforced rumors that there’s a very new iPhone coming this fall, with a flexible OLED screen. But along with that expected bit of information came an unexpected one:

Apple [will] introduce other updates including a USB-C port for the power cord and other peripheral devices, instead of the company’s original Lightning connector. The models would also do away with a physical home button.

As John Gruber noted at Daring Fireball, “this is a terribly written paragraph.” It adds a layer of parsing that is utterly unnecessary if the writer was clear on what was actually being planned–though it might be a bit more understandable if the information available to the Journal reporter was spotty and unclear and therefore required similarly unclear language. (I would argue that if that was the case, it would be better to not report on something than relay your uncertainty on to your readers. But I am not the Wall Street Journal.)

The second sentence, which suggests Apple will do away with something it has already done away with (in the iPhone 7), probably means that Apple is intending on eliminating the visible circle of the home button, but that depends on how your define “physical home button.” This is consistent with rumors of an edge-to-edge screen that would leave no dead space for a home button or Touch ID circle. (My gut feeling is that Apple won’t abandon Touch ID, and I find the touch sensors on the back of some Android phones to be perfectly fine alternatives if Apple can’t figure out how to embed a touch sensor in a screen.)

But the Lightning paragraph–that’s the really puzzling one. At first parsing, it comes across as a flat-out statement that Apple is going to ditch Lightning for the USB-C connector currently found on the MacBook and MacBook Pro. But a second read highlights some of the details–power cord and other peripheral devices?–that make you wonder if this might be a misreading of a decision to replace the USB-A-based cords and power adapters that come in the iPhone box with USB-C models. (I’m also a bit baffled by how the Lightning connector is “original,” unless it means it’s like a Netflix Original.)

Still, the Wall Street Journal would appear to be a more visible and reputable source than an analyst or blog with some sources in Apple’s supply chain. It’s generally considered to be one of the places where Apple has itself tactically leaked information in the past. So let’s take a moment and consider this rumor seriously. What would drive Apple to kill the Lightning connector, and why would it keep it around?

The case for Lightning

Let’s start with the case to keep the status quo. It begins with control: For the life of iOS, all iOS devices have connected via a proprietary, Apple-designed plug. For nine years it was the Dock Connector (introduced on the third-generation iPod in 2003), and for the last five years it’s been Lightning. Because Apple designed the plug, Apple controls it: Legally you can’t create a Lightning accessory unless you agree to Apple’s licensing program.

If Apple embraced USB-C on iOS, it would still be able to offer its “Made for iPhone” certification program, but creators of devices wouldn’t need Apple to bless their designs for iPhone or iPad accessories. It would be a different sort of world.

Apple’s creation of Lightning isn’t just about control over third parties, either—it’s about controlling functionality, too. Lightning is exactly the plug that Apple wants, or at least, was exactly the plug Apple thought it wanted when it rolled it out in 2012. Lightning was designed with Apple’s needs for iOS devices in mind, not the needs of a broad consortium of tech companies and a desire to connect phones, tablets, computers, printers, and many other device types.

The design of the USB-C cable shows many of the same priorities Apple had in creating Lightning: It’s reversible and very small. But it’s worth noting that the Lightning port is thinner and smaller than USB-C. And with Apple, every millimeter matters.

Finally, there are transition costs. iOS users just went through a plug transition, buying new cables and adapters and peripherals in order to move from the Dock Connector to Lightning. There are still clock radios with Dock Connectors in hotels all over the world. After only five years, why put users and third-party hardware companies and hotels through that again? AirPods charge with a Lightning plug. Keyboards, mice, and trackpads charge with Lightning. It seems like Lightning has momentum.

Think about it: Last fall Apple removed the headphone jack from the iPhone 7, and built adapters and new headphones based on Lightning. Why put all the focus on the Lightning port and then swerve a year later to an entirely different connection type?

Get out your knives–it’s time to end Lightning and put it in the ground. Here’s why Apple might decide to make the switch.

First consider the simplicity of an Apple product line that’s entirely focused on a single connector type: USB-C. The Mac has already made the switch, with Thunderbolt and USB ports both replaced with the single USB-C connector. (On the MacBook Pro, the USB-C port doubles as a Thunderbolt 3 port.) In a year or two, imagine if every single product Apple makes has a single connector type. The same video adapter or card reader or hard drive could work on iOS and Mac devices. Instead of maintaining two sets of adapters for two platforms, Apple could get it down to one.

Then there’s the fact that USB-C provides all the features that Apple required when it designed Lightning. Lightning was meant to be a small, versatile port appropriate for mobile devices, with a reversible plug so you never had to worry about which way was up. USB-C does all of that. Yes, Lightning was there first, but USB-C has arrived, and with broad industry support. Apple’s embraced USB-C for the Mac, indicating that the company feels that the connector is the real deal. Why wouldn’t it go all in?

What’s worse, the Lightning and USB-C connectors are so similar it’s laughable–and worse, it’s confusing. I have sets of USB-C adapters and cables, and sets of Lightning adapters and cables. For a while, I was keeping them in the same drawer, and I was endlessly pulling out one cable when I thought I was pulling out the other. Yes, if you look closely you can see that USB-C is larger and Lightning keeps its pins on the outside–but people don’t always look closely. After a little bit of time with both plugs, I know what I’d do if I had a Lightning-to-USB-C cable in my house. I’d be endlessly trying to plug the wrong end in.

The solution to this problem? Get rid of Lightning entirely.

When Apple embraced USB with the original iMac, it was mutually beneficial for both the USB specification and Apple. For USB, the iMac was a huge shot in the arm, prompting hardware manufacturers to build devices that worked via USB at a time when the PC industry was hesitant to do so. For Apple, it meant that companies reluctant to design products limited to the Apple-only serial, ADB, and SCSI plug formats would no longer have to do so–a single USB product could work on both Macs and PCs.

So here we are again. Embracing USB-C on iOS gives Apple’s devices access to a larger market of USB-C peripherals, including ones that might have been designed for Android phones or even for PCs. It also opens the door to the use of traditional computer peripherals with iOS devices. If the iPad Pro can truly do the work of a laptop, wouldn’t it be good if the iPad Pro had access to powerful USB-C peripherals instead of a more limited group of Lightning ones? (I’m unclear on what the maximum data transfer rate is over the Lightning plug, but USB-C and Thunderbolt 3 are pretty spectacular on that front, so I’m going to guess that USB-C has more headroom for future advancement, too.)

Of course, since USB-C is not Apple’s baby, that also means that it’s not Apple’s problem. With Lightning, Apple clearly feels a need to provide a base level of cables and adapters for its products. I’m sure some of that would continue if iOS were to embrace USB-C, but at the same time, it would take Apple off the hook. Someone, anyone else could make adapters and cables and docks to serve particular needs, and Apple wouldn’t need to be involved. Consider what happened when the MacBook came out in 2015: It was obvious that the one-port device needed an optional dock with multiple ports, but Apple didn’t bother to design one. It left that to accessory companies, and walked away.

Finally, consider what the Lightning jack represents to the vast majority of iOS users: It’s a method of charging and, if you’re using an iPhone 7, the place you plug in your headphones. Most iOS users don’t buy a raft of peripherals and adapters, they just charge their devices. Presumably any iOS device to ship with a USB-C port would include its own USB-C charger and cables, and any iPhone would presumably ship with a set of USB-C headphones. So what’s the big deal?

Yes, those of us who do buy adapters and cables and the like would be forced to buy them again. Does that sound familiar? This is the argument we all made last year when debating if Apple would eliminate the headphone jack from the iPhone 7. It’s not that requiring users to buy a new set of adapters and cables wouldn’t cause some legitimate pain and cost–it’s just that Apple has shown, time and again (and as recently as last fall) that it doesn’t really care about that. If Apple thinks moving to USB-C is the right approach, it won’t hesitate because it will require another adapter transition.

As I wrote this article, I kept thinking that the case for Apple to replace Lightning with USB-C is stronger than the case for maintaining the status quo. Maybe the recent removal of the headphone jack has reminded me that this is what Apple does, again and again, and arguments for consistency and conservatism never win over arguments for better features and stronger technologies. If today’s Apple is the same one that ditched the headphone jack last year, I’d expect Lightning to start going by the wayside beginning this fall. But it’s a close thing–I wouldn’t put money on it. Not yet, anyway.