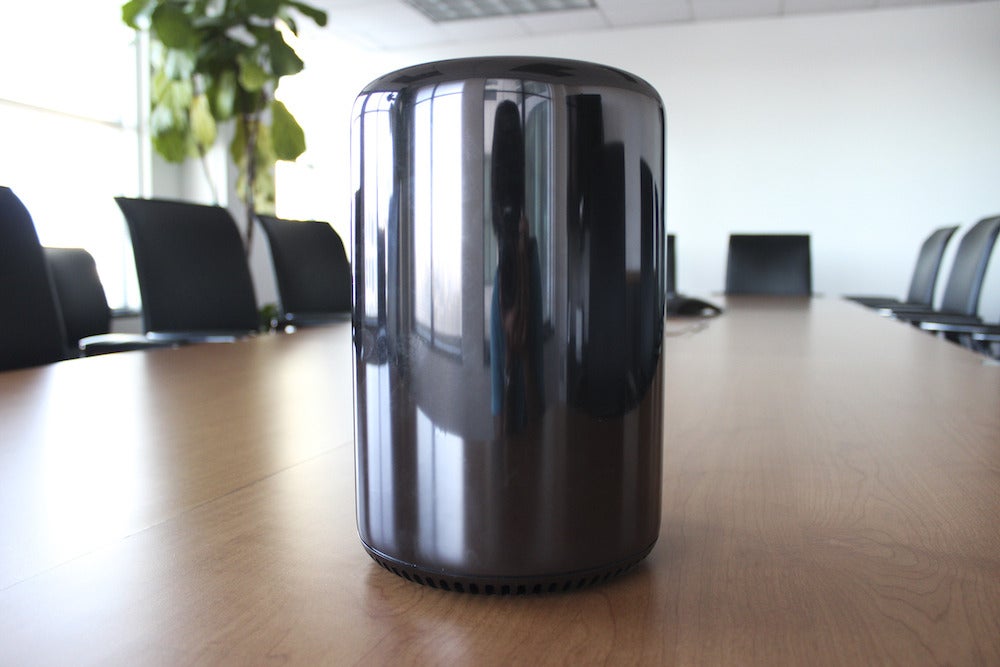 There are lots of things that Apple needs to fix, but one of the most glaring right now is the product line. Sure, we’re on the usual annual cycle of iPhone upgrades. We’ve seen new iPads in recent memory. But what about the Mac? The venerable computer that used to be Apple’s core product is now just an afterthought.

To be fair, the much-ballyhooed MacBook Pro with Touch Bar saw the light only a few months ago, but it’s pricey, underpowered, and connector-challenged.

What about the desktop? Where are new Macs? The iMac hasn’t been refreshed in 521 days. The Mac mini hasn’t seen any changes in 883 days. And the Mac Pro? Apple should be embarrassed selling a computer that hasn’t been changed in 1,184 days at the same price as when it was launched. That top-of-the-line Mac features three-year old technology at three-year old prices. (Thanks to MacRumors whose Buyer’s Guide keeps track of release dates.)

This is the most prestigious computer company in the world, and their top-of-the-line computer is more than three years old. How can the top management at Apple think this is normal? Perhaps they all use iPads, and they expect us all to switch to that platform, but it’s obvious that there are still millions of people who use computers.

The Mac is a $22 billion business; many companies would love to generate that much income from a limited product line. Tim Cook recently said that Apple has “great desktops on our roadmap,” but I remember when he said the Mac Pro would be updated in 2013. It was, just a few days before the end of that year, and only in limited quantities.

The lack of new Macs is a big deal. If you depend on a Mac for your work, you may be waiting to upgrade an older computer, and, given how long it’s been, you may have no choice but to settle on a model that you’ll use with regrets. Or, if a new Mac is released soon, and supply is “constrained” as it often is—that word means that Apple either can’t plan manufacturing resources, or misjudged how popular a device is—you may need a new Mac and not even be able to buy one.

I own three Macs: a 2014 5K Retina iMac, a 2015 MacBook, and a 2011 Mac mini. The iMac is my main computer; I need it to run my business. It has AppleCare for another six months, and, after that, I’d be a lot more comfortable with a Mac that has a guarantee in case something goes wrong.

I use the Mac mini as a server, mainly to house my Plex video library. It doesn’t need to be the latest model, but mine is old enough that it doesn’t have USB 3, and I would like to upgrade. At more than five years old, it’s getting long in the tooth. But there’s no way I’m going to buy one now; it’s been so long since the last upgrade that the current models are out of date and overpriced.

The biggest problem facing Apple now is that businesses can’t depend on the availability of new, improved Macs any more. If you are in the traditional creative industries, and you’ve used Macs, you may start thinking about Windows PCs, which can run Photoshop, Lightroom, and other software you depend on. Waiting for Apple to upgrade Macs, when you need new computers, is just too uncertain. And small business users need the security that the computing platform they’ve committed to will be able to grow with them.

But the worst thing about the lack of new Macs is the hit that Apple’s reputation is taking. “Can’t innovate any more, my ass!” said Apple VP Phil Schiller in 2013, giving a preview of the Mac Pro.

It’s been 1,184 days since Apple last released an innovation for the desktop.