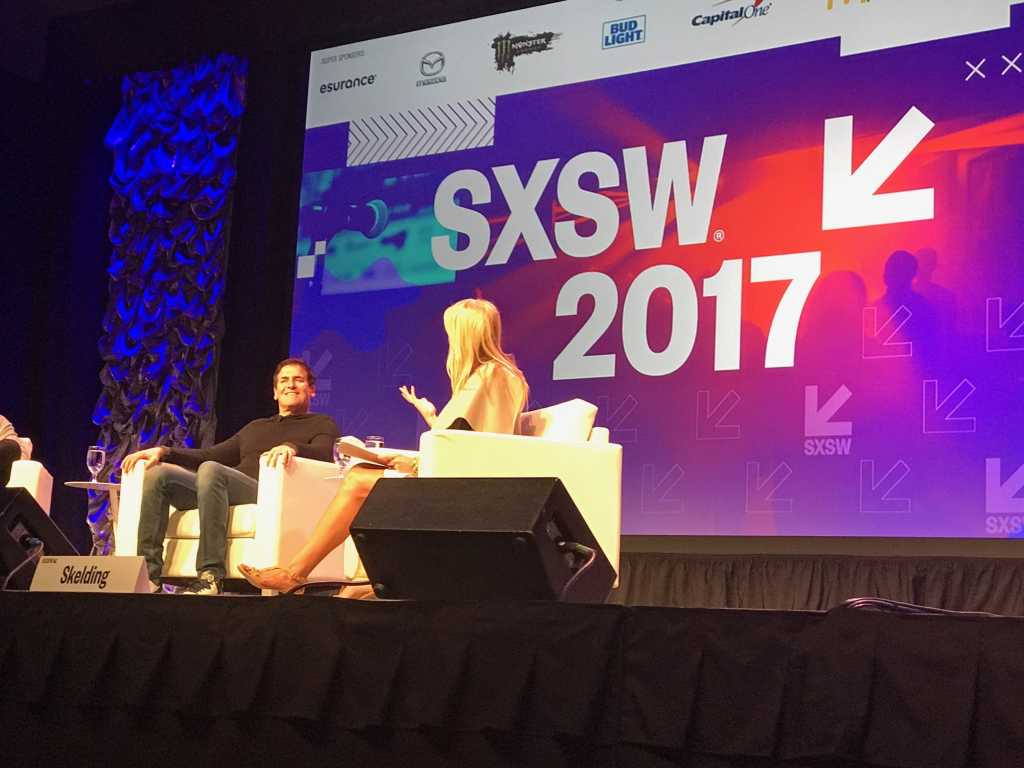 The focus of Mark Cuban’s Q&A at South by Southwest was supposed to be about government disruption, and he was supposed to hype up the Austin-based insurance company The Zebra, one of his newest investments. But Cuban, everyone’s favorite love-to-hate billionaire entrepreneur and Shark Tank star, had a few other topics in mind. You might say that the charismatic Cuban disrupted his own session. Here are the five standout anecdotes, stories, and lessons he decided to share.

President Trump is tech illiterate, and Cuban has stories to prove it

Cuban hates when people compare him to President Trump, but it’s easy to see why they do—they are both wealthy businessmen with reality TV shows. According to Cuban, even Trump thinks they’re alike—“[He] says we’re like the Bobbsey Twins,” Cuban said—but he wants the comparisons to stop there. He told stories about Trump’s lack of basic tech skills, detailing Trump’s preferred way to respond to Cuban’s emails.

Another thing Trump apparently doesn’t know how to do? Use Google.

“Just think how much safer our world would be if our president learned how to use a search engine,” Cuban said.

Uber is successful because they ignored the rules

Several years ago, Cuban received a pitch from a young Travis Kalanick about a new taxi-like service called UberCab. Cuban thought it would never work—there were too many hoops to jump through involving the rules and regulations of the taxi industry.

“Where I saw regulation, Travis ignored it completely,” Cuban said.

The rest, of course, is history. Uber forged ahead and has forced many major cities to rethink its regulations as a result. Now, Cuban advises other entrepreneurs to be less concerned about the rules if they have a strong enough idea.

“Bust through those doors and figure out how to get over the hurdles as you go,” he said.

Snapchat is the new TV

With Snap’s recent IPO, the company definitely has all eyes looking in its direction. Snap will continue to grow and become wildly successful as a company because, as Cuban points out, Snapchat is a form of entertainment, and there will always be growth in the entertainment industry because “entertainment has always been the best cure for boredom.”

“Snapchat is the new TV for 13-22 year olds,” he said. “When they’re bored, they open up Snapchat and spend 20 minutes going through everyone’s snaps.”

The world’s first trillionaires will be AI innovators

Cuban thinks that we’ll see more tech advancement in the next 10 years than we have in the last 30, and predicts that artificial intelligence will be responsible for most of that change.

“If you are not getting up to speed on machine learning, deep learning, and neural networks, you lose,” he said, pointing to Google as a company that has grown immensely from working on AI databases. With any booming industry, the money will follow, which is why Cuban is watching this realm closely.

“I am telling you, the world’s first trillionaires are going to come from somebody who masters AI and all its derivatives and applies it in ways we never thought of.”

The American Dream is alive and well

Shark Tank has been going strong for eight seasons, and Cuban calls it a perfect showcase for why the American Dream is not dead just yet.

“Any kid of any age is going to have that next great idea. That’s what makes our country great—we have that entrepreneurial zeal to do something new and something different.”