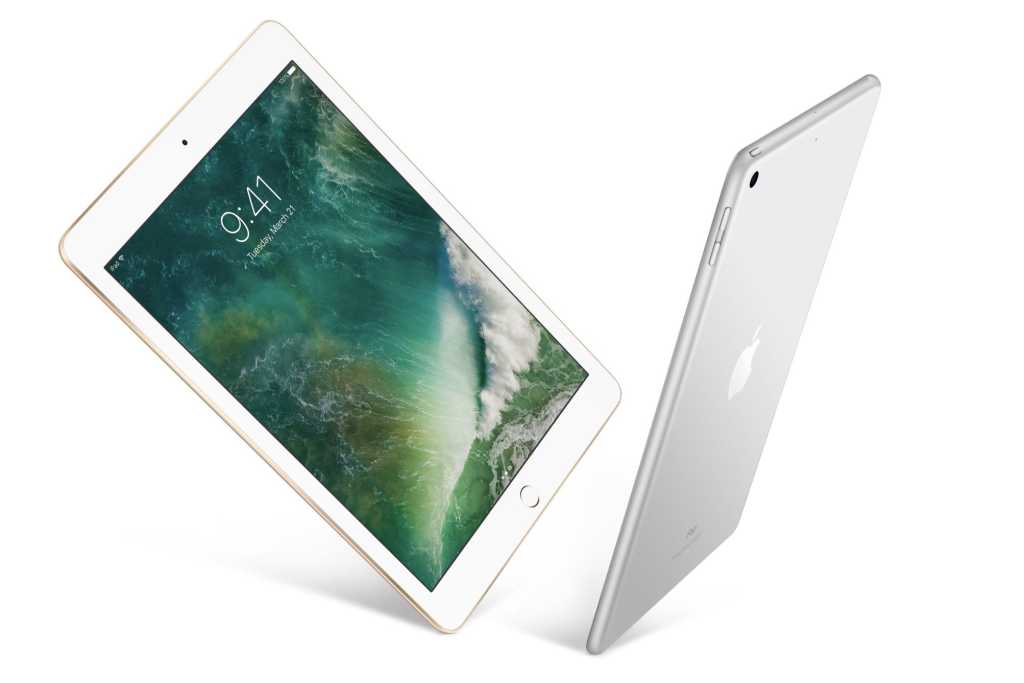 This winter has been packed with speculation about the future directions of the iPad product line, but nobody guessed that 2017’s first iPad announcement would be what we saw on Tuesday: An unexpected return of the original iPad line and the discontinuation of the iPad Air. The move was hardly exciting in terms of technology, but it could prove to be a smart and strategic one for the iPad as a whole.

The curious case of the fifth-gen iPad

Lately Apple’s been keeping old products on its price list, at reduced prices, in order to reach customers who don’t want (or can’t afford) to pay top dollar for cutting-edge tech. An exception was last year’s iPhone SE, which rolled a bunch of modern tech into a new, low-priced iPhone.

The new iPad is a little like the iPhone SE, I suppose. It’s a “new” product that’s made from pieces of tech from previous Apple proucts, rolled together into an iPad that can bear a $329 price tag. It’s not quite cutting edge—its A9 processor is the same as the one found in the iPhone 6s—but it’s a step up from the A8X processor found in the iPad Air 2.

In fact, in many ways the new iPad is a follow-up not just to 2012’s fourth-generation iPad (Apple is calling this model the fifth-generation iPad!), or to 2014’s iPad Air 2, but to 2013’s iPad Air. The device’s processor is a major step up from the original iPad Air, but the two devices seem to share the same body, more or less. Like the original iPad Air, the new iPad is thicker and heavier than the Air 2, and features a screen with no lamination or anti-glare coating. (And forget about the P3 color gamut and true-tone display of the iPad Pro, as well as the Smart Connector and Apple Pencil support.)

Essentially, the new iPad is a bit like Benjamin Button: It’s a case where the iPad Air line is aging backward, reverting to its old name and even a previous screen and industrial design. In truth, the new iPad appears to be an upgraded original-model iPad Air. Is it exciting to take a three-year-old iPad and upgrade some of its internals? No, it’s not.

Lower the price, expand the market

But this isn’t a product Apple made to excite people on features. It’s made to compete on price, and Apple competed on price by building a new iPad on the base of the iPad Air, with its cheaper screen, cameras, and other components.

Recently there’s been a lot of talk about how Apple has stood by as Chromebooks have become incredibly successful in the education market. It’s hard not to see the new iPad as Apple’s direct reaction to those challenges. At $329 (actually less than that, due to education discounts), the iPad is at least in the ballpark with Chromebooks, especially nicer touchscreen models.

Apple has never been the low-price leader in any market. Its goal has always been to get within hailing distance of the competition and then compete on quality and long-term value. I’m not sure if this is a swift stroke that solves the competitive balance between iPads and Chromebooks in schools, but it’s definitely an attempt by Apple to be more competitive overall.

Just as it did with previous iPad announcements–Apple seems to have coordinated with Logitech on some accessory releases. It’s no coincidence that Logitech’s new Rugged Combo line is a series of iPad keyboards and cases directly addressing the education market.

If Apple had just wanted to address the education market, though, it could’ve announced a special education edition of the iPad and called it a day. But this new iPad is available for everyone, and it seems likely that this is an attempt by Apple to test out the market to see if a lower-cost iPad can help improve overall iPad sales.

The new iPad doesn’t need to lead to an avalanche of iPad upgrades from older models. It just needs to exist, a modern (not old!) low-priced plain-jane iPad for people who want a newer model. With its A9 processor, this iPad should be supported by iOS upgrades and app updates for years to come.

The average selling price of the iPad has dropped in Apple’s last two fiscal quarters, even with the existence of the iPad Pro at the high end. This suggests that, especially during the holidays, people were embracing the lowest-priced iPads in the line. By releasing a new-ish iPad at $329, Apple’s catering to that demand.

It’s a move that may not make tech enthusiasts like you and me excited, but it might sell a lot of iPads. And an influx of new iPad purchases is just the kind of excitement the iPad product line needs right now.