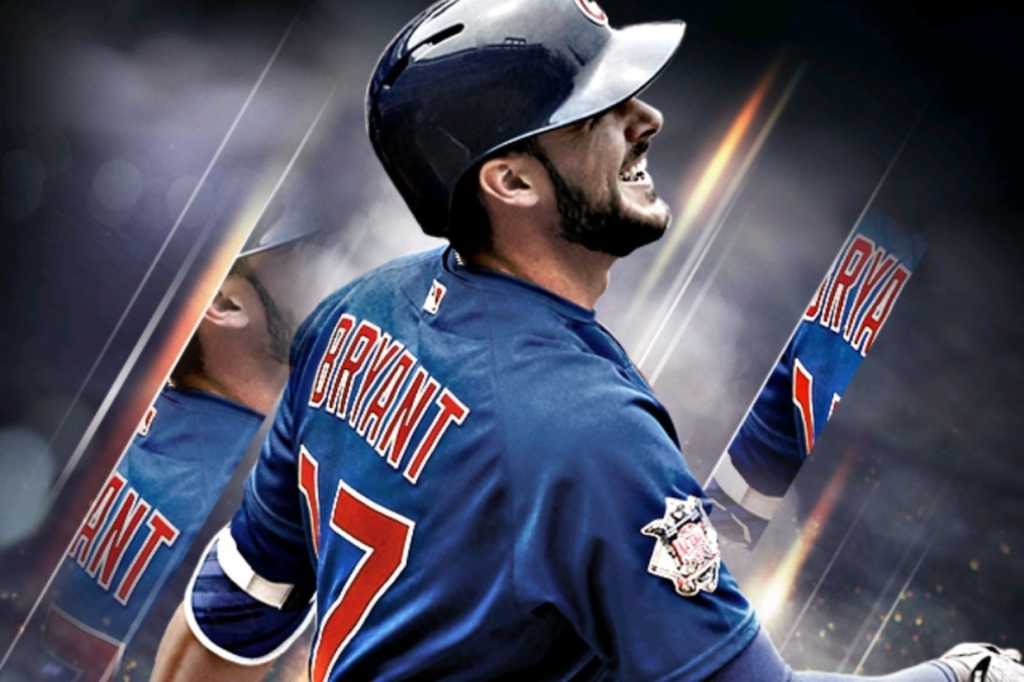 Baseball has been a lot more exciting for me since the Cubs won the World Series. I was there outside Wrigley Field last November when they won it all, surrounded by raucous revelers, and then I attended the home opener to see the championship flag unveiled. It’s energized me, and now I’m even watching more games on TV than I have over the past few years. It’s been a nice shot in the arm for my flagging MLB fandom.

Likewise, that old itch to play baseball video games has returned, although I no longer have the kind of free time that allowed me to pour hours into MVP Baseball in college. So I was certainly intrigued when I saw Glu’s MLB Tap Sports Baseball 2017 pop up in the App Store, promising all of the official teams and players with a streamlined, on-the-go sensibility. However, this freemium affair is just too dull, repetitive, and obnoxiously monetized to satisfy.

As mentioned above, this year’s Tap Sports Baseball entry has the full Major League Baseball and Players Association licenses, meaning you can swing the bat as any star player wearing all of the official garb. That’s encouraging. So I picked my favorite team, started up a game, and got ready to smack homers as Anthony Rizzo or the game’s icon star, Kris Bryant.

Sadly, neither of the Cubs’ heavy hitters were on the roster, nor were star hurlers like Jon Lester or Jake Arrieta. In fact, the vast majority of the roster was MIA. They’re in MLB Tap Sports Baseball 2017, somewhere, but they weren’t on the Cubs. Not my Cubs, at least.

That’s because Tap Sports Baseball’s free-to-play approach is built around amassing players gradually over time and building out your dream roster. So instead of giving you the Cubs or Red Sox or Giants that you know and love, you get a few mid-tier starters and then a bunch of lower-level players from all around the league.

And that’s just one of the early surprises once you start playing. The other is that Tap Sports Baseball is built entirely around batting, which means you’ll never take the mound to throw pitches, never have to try to make a great play in the field, and can’t manually sprint around the bases. You’ll occasionally decide whether to send a runner to home or another base, but that’s just a press of a button. The only tapping you’ll do in this sport is to swing a bat or navigate through menus.

Expectedly, that approach turns tedious pretty quickly. There isn’t much nuance to hitting here: it’s purely a matter of timing your tap and swinging at pitches in the strike zone. That would be fine if there were more happening once you smack the ball into play or once you switch sides, but as the entirety of the play experience, it gets old quickly. That’s true whether you’re taking turns to bat in asynchronous play against another player (the computer controls your pitchers), or zipping through a full game in one sitting against an A.I. opponent.

You won’t find a solution for that problem: no amount of time played or money paid will unlock the rest of the on-the-field experience, and every game revolves around batting. However, what you can potentially obtain over time is the grand roster you desire, with all of your favorite players on their proper team.

That won’t be easy—or cheap, for that matter. MLB Tap Sports Baseball 2017 weaves a tangled web of promotional offers and free items as you play, with player draft picks, daily mystery boxes, in-game cash, and coins. What you’ll find, most of the time, is that the free draft picks rarely yield you skilled players, and the free currency doesn’t get you anywhere near being able to buy the kind of all-star players you really want.

For that, you’ll probably need to spend real money on bundles of gold, which range in price from $5 for 400 bars to $100 for 10,400 bars. You’ll slowly accumulate a little bit of gold for playing and winning tournaments, but the rewards are few and far between. And watching a short video ad, for example, only gives you a handful of bars.

You can also complete “special offers” for gold, like spending real money to sign up for streaming video services or credit score monitoring, but it all seems incredibly skeevy. Glu offers no illusions here: they want to get you hooked and then extract money from you by any means necessary.

So what can you get for your precious gold? You can sign single free agent players for a sum, or drop bars on randomized draft picks at different quality levels. I did the latter, investing in enough golf for a couple of “#1 Draft Picks” that were only marginally better than the players I already had. I spent $10 on gold to make that happen. I also spent $3 to get a special pack with a rookie (read: lower-skilled) version of Kris Bryant, so at least I got one player I wanted.

You can also buy team-specific player packs that can help you quickly achieve that dream roster. It can be wildly expensive, however: the Red Sox “Die-Hard Pack,” including Xander Bogaerts, Craig Kimbrel, and Drew Pomeranz, costs 12,000 gold. That’s something like $120 worth of real money. For that much, you could get a couple of decent seats at Fenway and see a real baseball game.

The game also incentivizes the act of spending money by offering rewards based on how much gold you spend—so you can get the Cubs’ Anthony Rizzo, for example, but you’ll have to spend $100 worth of gold for that “freebie.” I really don’t advise doing that.

MLB Tap Sports Baseball 2017’s supposed payoff just doesn’t seem worth the massive amounts of time and/or money that you’d have to invest in it. Were this a genuinely absorbing game, then maybe the chase to build the perfect roster would be exciting and engaging, rather than a huge, likely expensive hassle. But it’s entirely the latter in this case.

As a simple bat-swinging diversion, MLB Tap Sports Baseball 2017 is fine for a few quick minutes of play here and there, but the obnoxious freemium layers are thick and unavoidable. Given the rote, never-evolving gameplay, there is no incentive to try and spend your way to a championship squad.