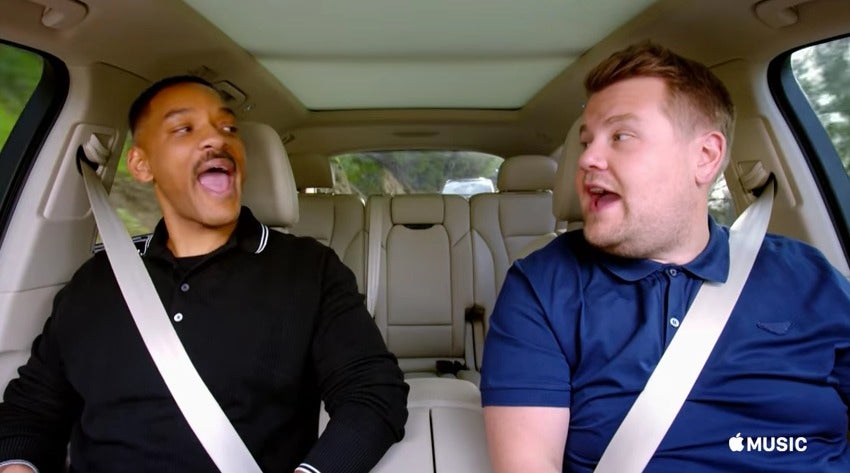 In a blow to Apple’s original content ambitions, the company has delayed the scheduled April premiere of Carpool Karaoke to later this year.

In a strange move, Apple postponed the launch party for the full-length show, its first foray into original content, twice before canceling it altogether. According to Reuters, a party originally scheduled for March was rescheduled for Monday, but that party too was postponed.

Apple didn’t say why the series, an extended version of James Corden’s segments on CBS’s The Late Late Show, was being pushed back. A CBS Television Studios spokesperson told Reuters that the company is “excited about our Carpool Karaoke for Apple Music and look forward to everyone seeing it later this year.”

There’s no word on whether the reality TV competition series Planet of the Apps is still on track for its spring premiere.

Both shows were an attempt by Apple to make its streaming service more competitive with rival Spotify, which has more subscribers but offers a free, ad-supported model, whereas Apple Music has just one premium tier at $9.99 a month. It’s unclear if Apple wants to delay Carpool Karaoke to coincide with a bigger event—June’s Worldwide Developers Conference, perhaps—or if there are bigger issues underlying the show’s release schedule.

As for whether a delay is a sign of bad things to come, well, Apple’s AirPods were also delayed by a couple of months and they’re one of my favorite Apple products in quite some time. Carpool Karaoke just might surprise us all.