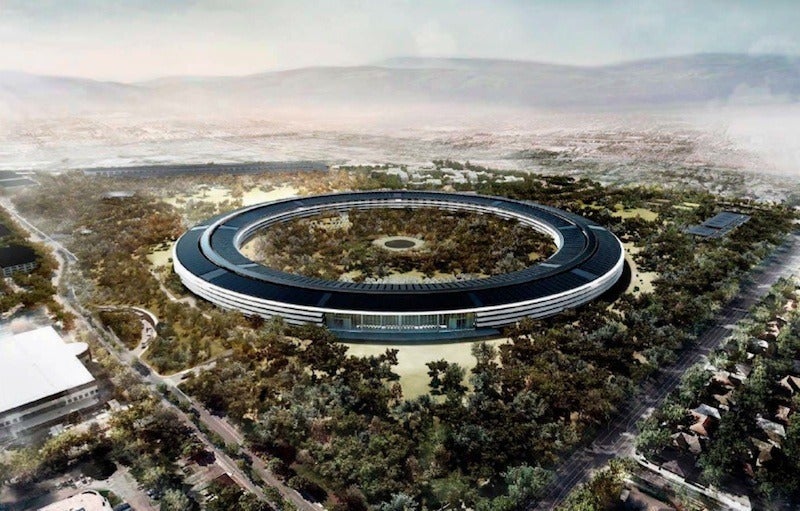 One of the words I use a lot when reviewing Apple products is opinionated. I firmly believe that great art or design can’t happen without a point of view—and the more you depart from a focused point of view, the more likely a creation will be compromised, workmanlike… good, maybe, but not great.

When it’s at its best, Apple strives for greatness. It doesn’t always get there—and every now and then you get the sense it’s not actually trying to get there—but when things are hitting on all cylinders, Apple releases products that are backed by a strong point of view about what will delight and serve its customers.

The MacBook, for example, is a product based on a focused vision: That a single port and a slower class of processor are worthy trade-offs for an incredibly thin and light computer with a Retina display. You don’t have to agree with Apple’s take—in the case of the MacBook, the company’s practically daring you to disagree—but you can’t deny that it’s an amazing execution of a particular set of priorities.

I’ve been thinking about Apple’s approach to products this week because I read Steven Levy’s excellent inside look at the new Apple Park campus for Wired. It’s worth a read—I highly recommend it, if you haven’t dug in yet.

Levy’s been covering Apple longer than just about anyone, and in great detail. In his story about Apple Park, he suggests that the facility itself is an Apple product—in fact, the last product to truly be conceived of by Steve Jobs. (It’s why the story’s headline, “One More Thing”, is so bittersweet.)

Apple Park is the architectural avatar of the man who envisioned it, the same man who pushed employees to produce those signature products. In the absence of his rigor and clarity, he left behind a headquarters that embodies both his autobiography and his values. The phrase that keeps coming up in talks with key Apple figures is “Steve’s gift.”… The current leaders of Apple are determined not to disappoint him in what is arguably his biggest, and is certainly his last, product launch. “I revere him,” Cook says. “And this was clearly his vision, his concept. Our biggest project ever.”

As detailed by Levy, Apple Park is an Apple product through and through. The company took great care to make design decisions, and create custom hardware, at many key points—from the massive glass sheets that required the building of a gigantic furnace, to the toilets, to the handles on the doors, to the pizza boxes in the cafeteria. It’s a one-off product designed by Apple for itself, yes, but it seems to have received the same attention to detail as any other major product launch.

(In fact, reading Levy’s story, I wondered to myself if some of Apple’s product sluggishness over the last couple of years might be somehow related to the design energy going into the new campus. Probably not, but you never know. I’m more concerned about the hit in productivity the company may experience when it has to move so many of its employees to new workspaces and allow them some time to adapt to their surroundings.)

In the end, Apple’s choices about the materials used in construction and the hardware adorning Apple Park aren’t that important (unless you work there). What does fascinate me is one bit of criticism leveled at the plan, which says a lot about Steve Jobs’s vision for Apple and how it conflicts with the approaches many other tech companies are making:

[There are critiques] that the campus is a snobby isolated preserve, at odds with the trendy urbanist school of corporate headquarters. (Amazon, Twitter, and Airbnb are all part of a movement that hopes to integrate tech employees into cities as opposed to having them commute via fuel-gobbling cars or numbing Wi-Fi-equipped buses.) That the layout of the Ring is too rigid… That there is no childcare center. “It’s an obsolete model that doesn’t address the work conditions of the future,” says Louise Mozingo, an urban design professor at UC Berkeley.

Steve Jobs’s vision for Apple’s headquarters was to stay close to home, in the low-density suburbs that form Silicon Valley, rather than embrace a more high-density, urban environment. Apple’s never been a city company, from its very start in that suburban garage. Using that as a given—Apple’s a company that isn’t going to stray too far from its suburban roots—Jobs envisioned a hub of activity surrounded by a tranquil park of hills and trees that are reminiscent of the area when it was mostly fruit trees and fields, before it became a major hub of American innovation.

Apple’s decision to make Apple Park a ring will be a convenient metaphor for those who wish to criticize the company for being secretive, insular, and arrogant—Levy quotes one critic who calls it a “retrograde cocoon.” There will be more, and worse, when the campus opens and in the years thereafter.

Take those criticisms as you will, but anyone who’s visited Apple’s Infinite Loop campus—constructed in 1992-93—will tell you that Apple’s been buildings set in a ring with a large private space in the center for 25 years. Building oases in the middle of South Bay suburbs— this is in Apple’s DNA.

Sometimes you need to be true to yourself. I think it’s fair for Levy to note that Apple is not doing what some other major tech companies are doing, and integrating their campuses into urban environments. I was in Seattle earlier this week and got to go past Amazon’s biosphere, where many large office buildings devoted to Amazon are integrated with a weird set of domes and a bustling urban area with shops and restaurants. Twitter moved onto Market Street in San Francisco, and startups have thrived in San Francisco’s South of Market area for years.

There’s a lot to be said for embracing urban areas, rather than hiding in the suburbs. From a commuting perspective, the suburban office park is terrible. Apple’s campuses, old and new, are poorly served by public transit, leading the company to create a parallel transit system of fancy Wi-Fi equipped buses. City centers are, in contrast, generally served well by regional transportation systems.

A friend of mine recently got a job at Google and was wondering which would be better for her commute-wise—the horror stories of how expensive it is to live in San Francisco (Google has an office building just north of the Bay Bridge) made her assume that the suburban Mountain View campus would be preferable. I had to explain that San Francisco was actually a better location, because it’s served by the regional BART train system as well as ferries from across the bay.

In the long run, I think it’s a mistake for big companies to build sprawling suburban headquarters in areas poorly served by public transportation. I applaud Twitter and Amazon’s embracing of the urban center. (And Google’s decision to include child care centers in its facilities plans, unlike Apple and Microsoft.)

But I understand why building outside of the suburbs was never really a serious option for Apple—or its Seattle cousin Microsoft. Like their co-founders Steve Jobs and Bill Gates, they’re suburban kids who never seem to have really gotten a taste for the big city.