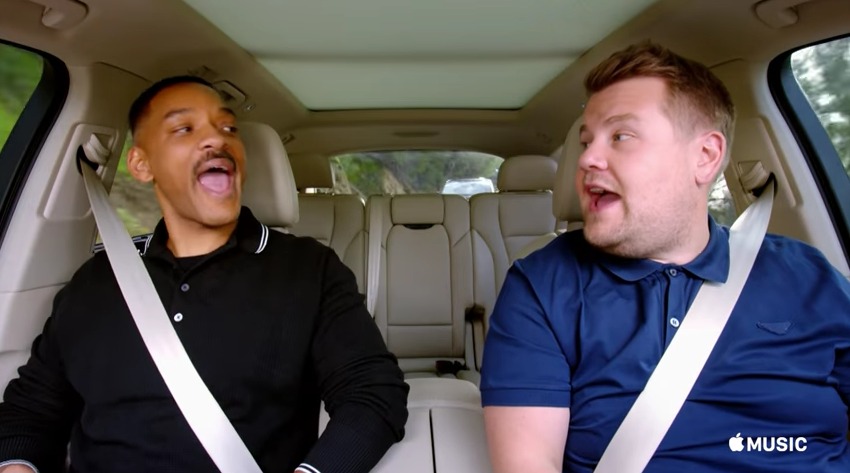 Apple senior V.P. of Internet Software and Services, Eddy Cue, tweeted that Carpool Karaoke will stream on Apple Music starting Tuesday, August 8. The series is a full-length version of the popular segments on The Late Late Show with James Corden. It was originally scheduled to debut in April but was mysteriously postponed.

Apple has not given an explanation as to why the series had to be pushed back. In February, the company released a promo featuring segments with A-list celebs, including Will Smith, Alicia Keys, and Ariana Grande.

Carpool Karaoke will be Apple’s first original series to stream exclusively on Apple Music. Along with the reality competition series Planet of the Apps, it marks Apple’s star-studded move into original programming intended to make Apple Music somewhat of a hybrid between Spotify and Netflix.

Planet of the Apps was originally slated for a spring release date, as well, but it seems that show has also been pushed back. There is no word on when the Shark Tank-meets-The Voice competition will premiere.

The story behind the story: Up until now, Apple has relied on bringing big stars to Apple Music in order to remain competitive in streaming media. Shortly after it launched, Apple Music scored exclusives from Taylor Swift and Drake (who have also appeared in ads for the music service). In a similar fashion, Apple’s original programming has been banking on celebrities. Planet of the Apps features Gwyneth Paltrow.

The fact that both of these shows were pushed back could signal a shift towards something more ambitious, or at least more original. Earlier this year, Apple reportedly met with former HBO executive Michael Lombardo to re-assess its video strategy. As HBO’s head of programming, Lombardo was responsible for green-lighting Game of Thrones, True Blood, and Silicon Valley.