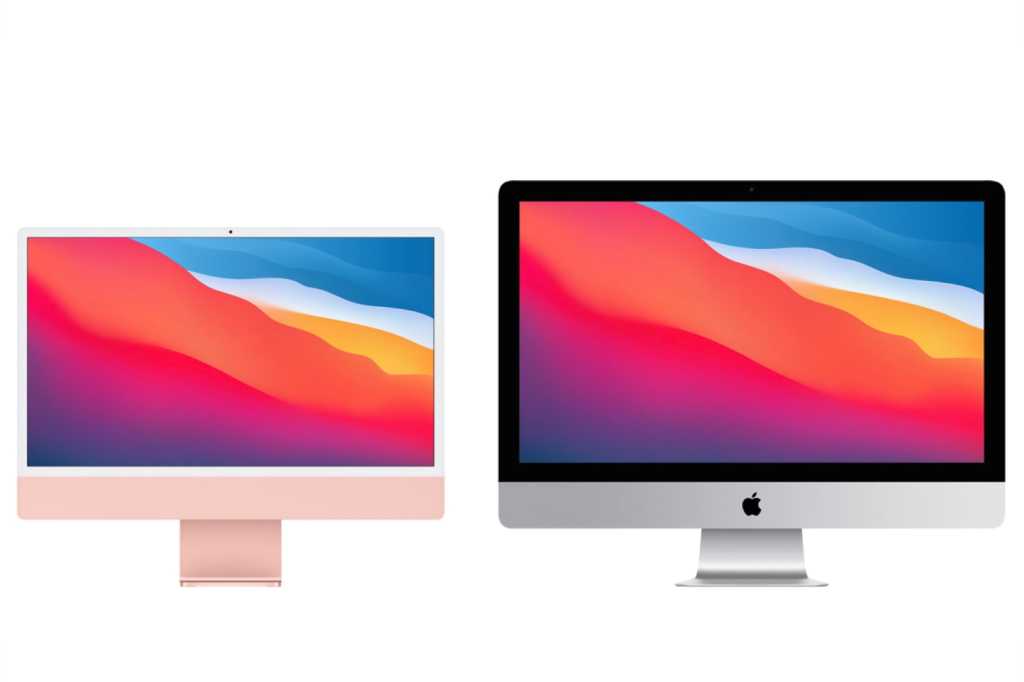 Apple’s iMac is a direct descendant of the very first Mac, and it’s often the computer that first comes to mind when people think about Apple. The iMac’s all-in-one design is popular and iconic, and it’s versatile enough for both novices and demanding users. It can handle general-purpose and heavy-duty tasks equally well and is ideal for anyone who needs a complete computer setup (keyboard, mouse or trackpad, and display) and wants to maximize workspace efficiency.

If you’re in the market for an iMac, this guide will help you make the right choice. Apple offers three models of the iMac: an 21.5-inch entry level model, a 24-inch version with a new design and an Apple M1 system on a chip, and a 27-inch version with Intel processors. Here’s how they break down.

Processor, memory, graphics, and storage: The $1,049 iMac has a 2.3GHz dual‑core Intel Core i5 processor, 8GB of memory, and Intel Iris Plus Graphics 640 integrated graphics. It is available with a 256GB SSD, or you can opt for a slower but spacier 1TB Fusion Drive for the same price. You can’t upgrade the $1,049 iMac yourself after you buy it, so consider paying an extra $180 at the outset for a memory upgrade to 16GB. If you want to add more RAM later, you need to bring the iMac into an Apple store.

Display: The $1,049 iMac has a 21.5-inch display with a resolution of 1920×1080 pixels and can display millions of colors. The $1,049 iMac’s display is an sRGB display, which is the color space the display uses and is enough for most users.

Speed: The $1,049 is Apple’s slowest iMac. That said, it has enough power for productivity tasks, video and photo editing, and games.

Macworld’s buying advice: For new Mac owners, the $1,049 iMac is a decent alternative to the Mac mini, with a good screen and a decent chip. If storage is your top priority, consider the 1TB Fusion Drive instead of the 256GB SSD, and we also recommend spending extra on RAM. But for $1,229, you’ll probably want to dish out the extra $50 and slide over to the newer 24-inch iMacs instead. 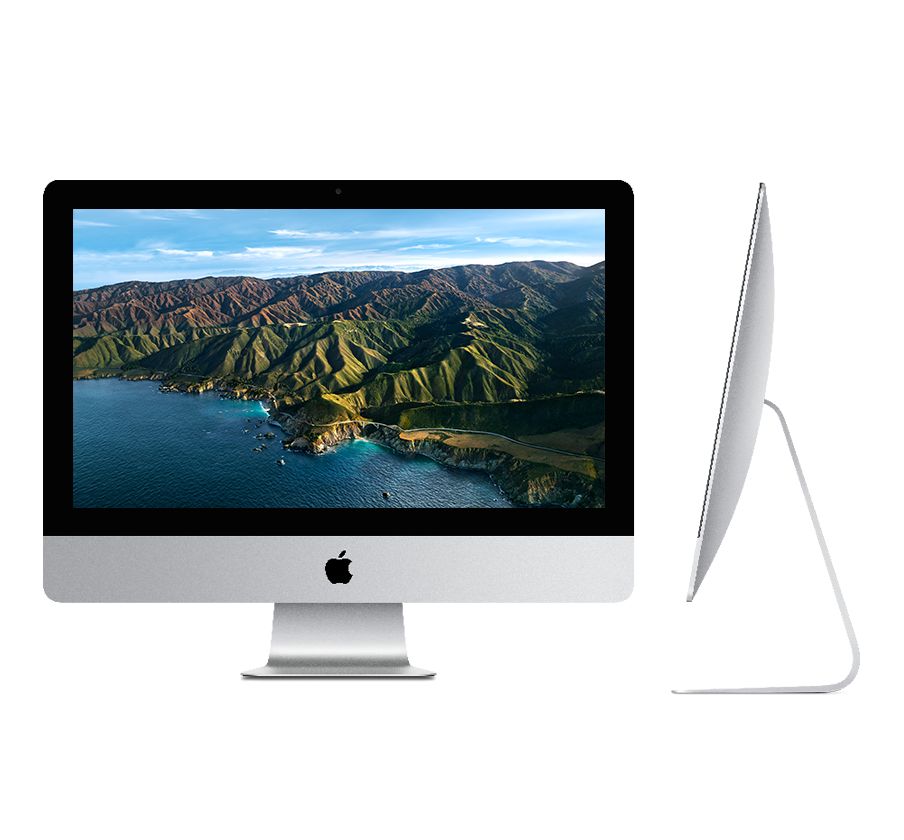 Apple unveiled the iMac 24” at its Spring Loaded event in April 2021. It’s a fresh new take on the iMac and the first update in more than a decade, with a cleaner design, Apple silicon, and a choice of colors.

Processor, graphics, memory, and storage: The iMac 24” uses Apple’s M1 chip rather Intel’s processors, and there are several configurations available:

The 24-inch iMac 24 can have a maximum of 16GB of memory, and you can also upgrade to a 512GB SSD in the $1,299 and $1,499 models. These upgrades cost extra (the prices were not available at the time of this writing) and can’t be upgraded after purchase.

Display: The 24-inch 4.5K Retina display fits right in between the 21-inch and 27-inch Intel Macs. The display has 11.3 million pixels and support for the P3 wide color gamut, over a billion colors, 500 nits of brightness, and True Tone. Apple treats the display with an anti-reflective coating to help with readability.

Design: The 14-inch iMac 24 has a much different design than the 21.5-inch and 27-inch models. The bezels around the display are much smaller than on the other iMacs, but it still has a “chin,” a section located below the display that houses the iMac’s internals. The chin doesn’t have the Apple logo on the front. Instead, it’s on the back. Most notably, Apple the 24-inch iMac comes in several colors: The $1, 299 model is available in blue, green, pink, and silver, while the $1,499 and $1,699 models are available in the same colors, as well as orange, purple, and yellow.

Input devices: The wireless Magic Keyboard that comes with the 24-inch iMac 24 is different from previous models—it now has support for Touch ID. It is a standard feature in the $1,499 and $1,699 iMacs, but you’ll have to pay extra for it on the $1,299 iMac (price unavailable at the time of this writing). An extended keyboard with Touch ID is also available. The iMac 24” comes with a wireless Magic Mouse, or you can opt for a wireless Magic Trackpad. The mouse, trackpad, and keyboard come in colors to match the iMac.

Connectivity: The $1,299 24-inch iMac 24 has two Thunderbolt 3 ports that also work with USB-C devices. The $1,499 and $1,699 iMacs have two additional USB-C ports. If you have a USB-A device, you need to buy an adapter, such as Apple’s USB-C to USB Adapter ($19). If you have multiple USB-A devices, wired headphones, and other items, consider a Thunderbolt hub.

The iMac 24” unlike the older iMacs, does not have an SDXC slot. Once again, you’ll need an adapter, such as the Anker SD Card reader ($17). However, it does have a super-cool magnetic power cord.

Wi-Fi 6 and Bluetooth 5.0 are built-in. Apple doesn’t put a gigabit ethernet port on the iMac 24″—instead, it’s on the power adapter. But that ethernet-equipped power adapter comes standard with the $1,499 and $1,699 models. It’s not included with the $1,299 iMac 24″, but you can select it as an option at the point of purchase—and yes, that means you’ll have to pay extra for it.

Speed: Apple just announced the iMac 24-inch and it won’t ship until May, so we don’t have hands-on experiences to call upon. But we do have reviews of the Mac mini, 13-inch MacBook Pro, and MacBook Air, and those Mac blew away its respective predecessors. It’s not much of a stretch to say that the iMac 24-inch will impressively outperform the Macs they replace at the same price points.

Macworld’s buying advice: We were quite impressed with the first set of M1 Macs, and knowing what we know about them, we have high hopes for the new iMac. The M1 MacBook and Mac mini bring impressive speed boost and quiet operation, and nearly every Mac app we’ve tried has run just as well as it did on our Intel Macs thanks to the new Rosetta 2 emulation. And everything else about the iMac seems greatly improved, from the design to the display. We think the sweet spot is the $1,499 model, which gets you more ports, Touch ID, and Ethernet, but if you don’t need those things the $1,299 model will be plenty good. Apple starts taking orders for the 24-inch iMac on April 30 and they will start shipping in the second half of May.

Ready to buy an iMac 24″? Go to the Apple Store

Apple offers three 27-inch models of the 27-inch iMac with Retina display, which were released in August 2020.

Processor, memory, graphics, and storage: The 27-inch iMac uses Intel processors, not the Apple M1 SoCs found in the iMac 24″.

Display: The 27-inch iMac with 5K Retina display has a 5120×2880-resolution screen. It uses the P3 color space, which is often used for digital movie projection and the film industry. These screens offer 500 nits of brightness, which is an increase over the screen in older iMacs.

Speed: The Retina iMacs are among Apple’s fastest computers when it comes to single-core performance. When it comes to multi-core speed, the Mac Pros with more than four cores are faster machines.

Macworld’s buying advice: The allure of the 5K Retina display is strong, but the 4.5K display on the 24-inch iMac is no slouch. Plus, the design on the 27-inch model is a little outdated now that we’ve seen the new models, and the processors, while plenty capable, are due for an upgrade to the M1 chip. So we recommend either waiting for an update or checking out one of the new 24-inch models.

Ready to buy an iMac with Retina display? Go to the Apple Store 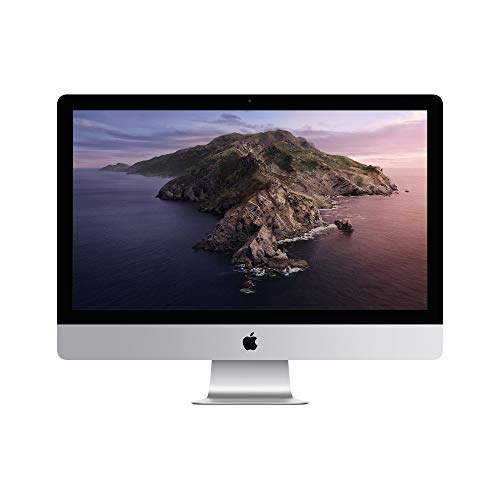