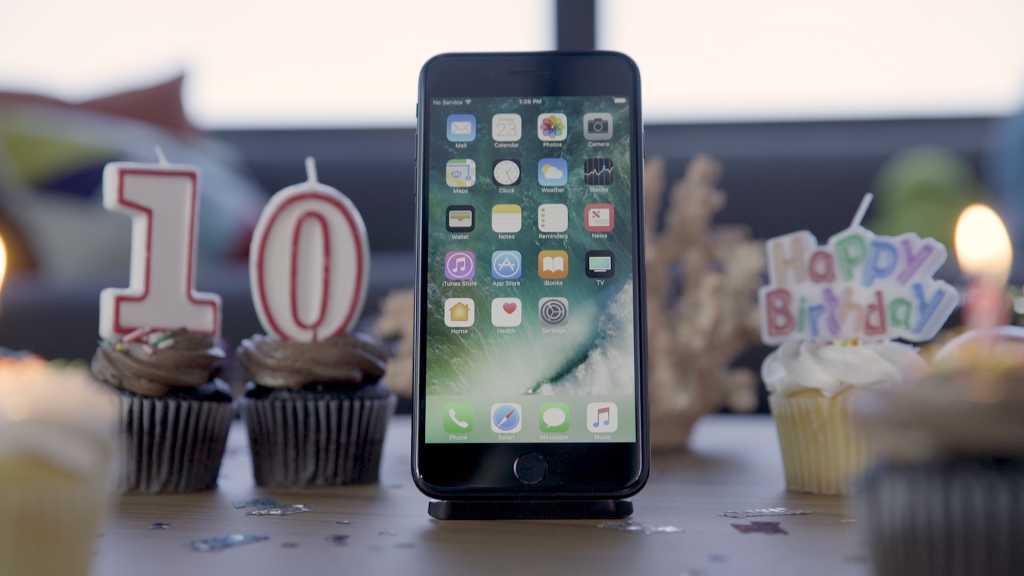 Ten years ago this week, the public first got its hands on the iPhone and began a revolution that has forever changed the way we use technology. We’ve gone from a society where a computer was something you had to sit down at a desk to use to one where it’s in your pocket all the time. We’ve ushered in an era of apps, selfies, emoji, and the answer to every question at our fingertips.

So, with all that under its belt, where the heck does the iPhone go next?

As others have remarked, looking at today’s iPhone reminds you that it’s not that different from the original iPhone of 2007, in the same way that you can trace a direct line from that 1984 Macintosh to today’s iMac. There’s a screen, a few buttons on the front and side, a charging port, etc.

So don’t be surprised when the next iPhone appears in September and looks largely the same. As the old saying goes: If it ain’t broke, don’t fix it—and the iPhone, despite the hue and cry from analysts who are constantly craving big moves, is decidedly not broke. Major revolutions don’t come around every year, or even every ten years, so the company’s going to continue polishing and refining its flagship device, bringing in the latest technology where and when it’s appropriate. Faster processors, better cameras, perhaps even an improved screen—these are the kind of things we expect in every iPhone model, and there’s no reason for the pattern to change now.

“But it’s the tenth anniversary!” some will cry. “Surely Apple will commemorate it with something special!”

Don’t hold your breath: the company doesn’t look back often, and it almost never lets it inform design decisions. The reason is obvious: Apple’s in this for the long run. Ten years is a long time for a company that’s been around for 40 years, but for a company that plans on being around for the next 40, well, it starts to look like a shorter span.

Despite all that, the iPhone is going to change. There’s a lot of technology in the current version that wasn’t even a glimmer in the imagination of consumers—or probably even Apple engineers—when that first model came out: 3D Touch, the motion coprocessor, Touch ID. Apple’s going to keep packing in more innovative technology, though it’s not always going to be what we expect.

Looking at the kind of things that Apple has been talking about most recently, it’s not hard to guess what some of these could be. Augmented reality has been a big topic of conversation for the company, especially with the announcement of iOS 11’s ARKit and an AR mode in Maps that was uncovered in the iOS 11 public beta. Rumor has it wireless charging may be on tap for an upcoming iPhone, using a similar sort of magnetic inductive option as the Apple Watch. And, of course, an even bigger edge-to-edge screen is also said to be coming to the next model.

It’s not as if Apple is planning on standing still for the next iPhone, or the one beyond that. But looking back over the history of the iPhone, what major changes there were occurred as the result of low-hanging fruit, of compromises and omissions from the very earliest models that were easily targeted for improvement later on. In retrospect, many of those changes look less radical and more evolutionary.

But Apple has also proved that sometimes those smaller evolutionary changes can bring huge benefits. Adding Touch ID, for example, has allowed millions of people the ability to more easily and conveniently secure their phone—something, frankly, most people wouldn’t have thought of or worried about, but which has turned out to be crucial, considering how much of our lives we store in them. When you’re talking about devices in used by millions of people, a small change can have a big impact.

So, look: the next iPhone—and the iPhone that we see 10 years from now—probably won’t look that different from the iPhone we have today. Sure, it will have a slightly different form factor, and it’ll be faster, but the idea of a phone is probably not going to change in the next decade. Again, look at computers. Or televisions. There have been changes, sure, but they’re still plenty recognizable from what they were thirty or forty years ago.

And that’s okay. Because even as we look back today and wonder how we got along without Touch ID, or Retina displays, or, heck, copy-and-paste, we will probably be looking back from that decade-hence moment to now and wondering how we all survived without three-dimensional cameras, super long-lasting batteries, or whatever Apple comes up with next. In short: Tomorrow’s iPhones are going to look a lot like yesterday’s iPhones—only better.