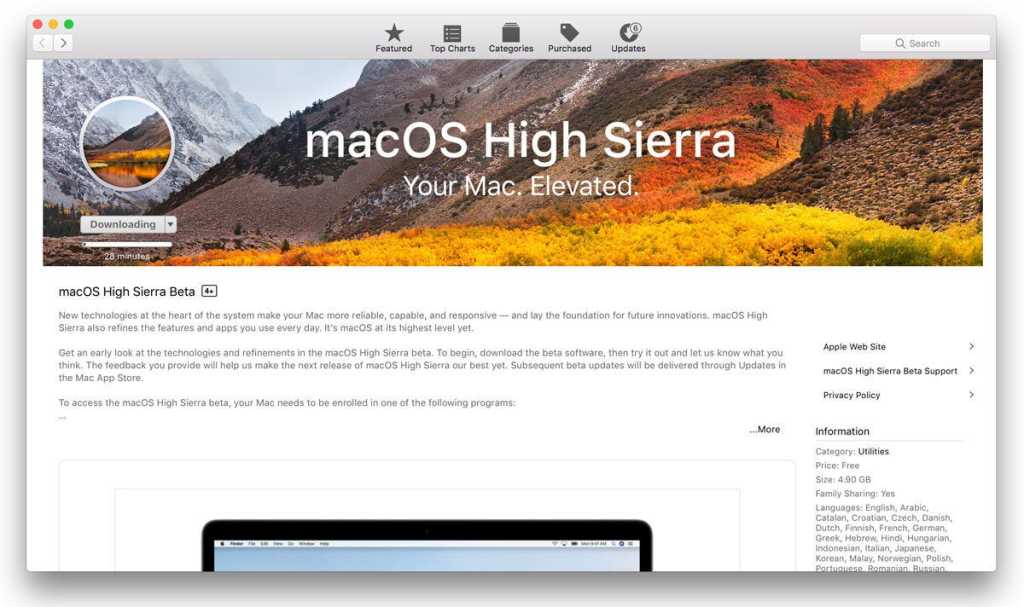 Interested in trying out Apple’s next Mac operating system? You’re in luck, because Apple has just released the macOS High Sierra Public Beta.

Apple announced the operating system earlier this month at its Worldwide Developers Conference. This version is more of a maintenance release, so it’s not a major overhaul of macOS. But it does have several new features, including a new file system, smoother video playback and support for HEVC video, and improved Siri. The Photos app and Safari also have improvements. Learn more about the features and specifications of macOS High Sierra.

Heres what you need to know to get the macOS High Sierra Public Beta running on your Mac.

What is the macOS High Sierra Public Beta?

macOS High Sierra is the next version of the Mac operating system. The final version will be available this fall. Apple is making a public beta version available for people to try out, test against their favorite software, and report bugs to the company.

Since this is beta software, there’s a good chance it could cause problems on your Mac. You may encounter frequent freezes and crashes, or your apps may not work.

Should you install the macOS High Sierra Public Beta?

We advise against installing the beta on a production Mac or any other Mac you depend on and need to keep running. If you’re worried that a beta flaw will prevent you from using your Mac, don’t install it.

However, if you do decide to try the beta, you can provide Apple with valuable feedback. Install it on a Mac that you consider a secondary computer.

How do you get the macOS High Sierra Public Beta?

Which Macs are compatible with macOS High Sierra?

How do you uninstall the beta?

If you try out the beta and decide later that you don’t want to use it anymore and want to go back to macOS Sierra, Apple has instructions on How to unenroll from the public beta and how to restore your system.

What happens when the final version ships in the fall?

You can continue to use the public beta. You’ll get beta version of High Sierra updates when they become available. If you want to get rid of the beta and install the final version, you can do by downloading the macOS High Sierra installer in the App Store.