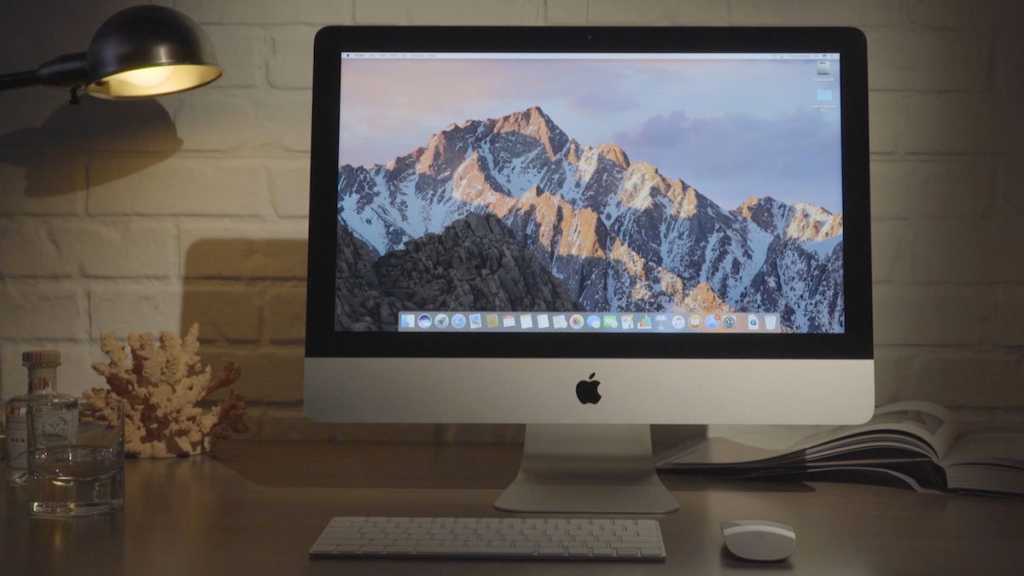 The desktop is back.

Okay, sure, technically the desktop never left. But over the last decade, we’ve increasingly focused on mobile devices: tablets, smartphones, even laptop computers, which make up the bulk of Apple’s—and probably other PC makers—sales.

But this year, one message you could have easily taken away from Apple’s WWDC keynote is that there’s still plenty of love for not just the Mac platform, but the desktop computer specifically. Having just purchased a new iMac of my own, I can personally vouch for it: sometimes, there’s no replacement for a desktop.

There hasn’t been much talk since that keynote of Apple’s commitment to the Mac. It’d be hard to argue against it, given that the company not only announced revisions to an existing desktop Mac line—the iMac—as well as a new tier on top of that—the iMac Pro—but also clarified that the top of the line professional-level desktop that it promised several months back was still in the offing. Put all that together and it’s a whole lot of desktop.

And that’s surprising, because over the last several years, Apple’s Mac sales—like much of the PC market–have skewed heavily towards the portable side. To put this even further in perspective, depending on how you break it down—that is, if you consider the iMac Pro a separate product from the iMac—Apple will soon be selling more lines of desktops than laptops. (Thanks, not-dead-yet Mac mini!)

Granted, pushing hard on the desktop lines could also mean that Apple sees a far better prospect for growth on the desktop side than the laptop side, which is heavily saturated. Apple’s also long focused on the consumer market, which has likely been drawn to laptops thanks to their versatility and price. But the company has started to make forays to reclaim portions of the creative professional market, such as its spotlight on VR developers during the WWDC keynote. It seems reasonable to speculate that users of desktop Macs tend to be professionals, so it makes sense that Apple would want to appeal to them.

Desktop of the line

So why the sudden resurgence of interest in the desktop? The most obvious answer is performance. Without having to engineer to as strict a tolerance as portables (and without having to worry about factors like battery life), you can eke much more horsepower out of a Mac. MacBook Pros are perfectly respectable as far as performance goes, and portability is a major benefit for many professionals, but with the new iMacs—and with the promise of the iMac Pro and Mac Pro—Apple seems to finally be prepared to deliver on the idea that you don’t have to compromise performance on the desktop.

Of course, that’s not the only obvious answer. There are still some features you can get on a desktop Mac that simply aren’t an option on a laptop, much less a tablet or smartphone. The largest display on Apple’s laptops are 15 inches these days—a far cry from the 21.5-inch basic iMac, much less a 27-inch model. An external display is an option, of course, but those come with their own tradeoffs and limitations.

I can’t help but think that pride is a part of the equation as well. The iMac, of course, has a long pedigree. Its roots can be traced back pretty clearly to the original Macintosh back in 1984: the all-in-one desktop that’s, more or less, Apple’s flagship computer. The line itself dates back to 1998 and it’s been through plenty of changes in that time, but it’s managed to persist over the last two decades. At this point it’s the oldest of Apple’s Mac brands, by far, and that longevity and brand recognition is worth something.

I had more than a few years when a MacBook was my only computer, but I’ve greatly appreciated having an iMac over the last six years, so when it came time to bid the old one adieu, I was more than happy to replace it with a newer desktop model.

Part of that is, for me, less about technology than it is about environment. While I can work anywhere, for a lot of what I do, it helps to have a dedicated place to sit down and “go” to work. An iMac on a desk has proven to be just the right kind of setting for a lot of that work. (And yet, not all of it: as I realized recently, pretty much of all of the work I’ve done for my novels has been done on my MacBook Air. The context of portability resonates much more with fiction-writing for me.)

So the desktop is far from dead. Apple’s focus on it means it’s still relevant for a lot of people—especially developers and creative professionals. Then again, in six or seven years—whenever this desktop in front of me gives up the ghost—we’ll see if it merits a replacement with whatever the desktop state of the art is, or whether perhaps the world will have moved on.