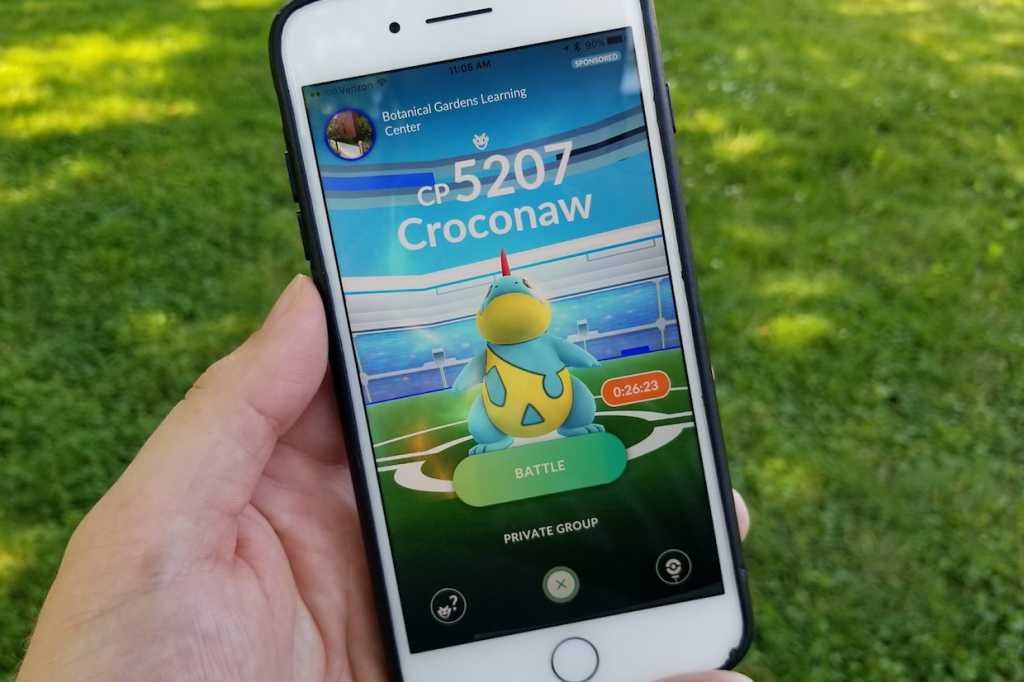 Pokémon Go is a year old, and while Niantic is celebrating the smash mobile game’s first birthday with hat-wearing Pikachu sightings in the game and this July’s Pokémon Go Fest in Chicago, there’s also a big functional addition to the game: Raid Battles and the totally rebuilt Gym system.

Just rolled out over the last couple weeks, the Raid Battles hatch powerful Pokémon at Gyms throughout the game for limited-time showdowns—and up to 20 players can take them on at the same time, working together towards a big bounty. Meanwhile, the Gyms themselves have changed in structure, not only in the way they’re managed by teams and players but also in the way they parcel out rewards for staying put.

Outside of February’s influx of second-generation monsters, it’s surely the largest feature addition the game has seen to date—and it might get your competitive juices flowing again if you grew tired of the old Gym system. Here’s a look at how the game’s updated elements work, and how you can thrive in both.

If you live near any Gyms and you’ve played Pokémon Go over the past several days, then you’ve probably already seen some Raid Battles on the map. They pop up every so often on Gyms, and you’ll either see an egg or a Pokémon at the top of the beacon, both with a timer below. If there’s an egg, that means a Raid Battle will begin as soon as the timer hits zero. If there’s already a Pokémon up top, however, that means you have a limited amount of time left (less than an hour) to take part in that battle before it finishes up.

As of this writing, anyone with a player level of 5 or higher can take part in Raid Battles, and it’s unclear whether Niantic will bother lowering that any further—it seems like a fair bar to cross in terms of play time and experience before taking on these challenging fights. If you see a Raid Battle in action, simply approach the gym and you’ll be able to take part.

Well, at least if you have a Raid Pass. Each Raid Battle requires one of the passes, and luckily, you’ll get one per day simply for visiting a Gym and spinning the Photo Disc. Wait, spinning the disc at a Gym? That’s right: Gyms now also double as PokéStops with this latest update, and that’s true of Gyms that are hosting Raid Battles, as well. If you use your free daily Raid Pass, you can buy more for 100 coins apiece in the shop.

Each Raid Battle carries a difficulty rating between one and five, although level five Battles haven’t been unveiled just yet. A level one Raid Battle might put you up against a monster with 1165 CP—as I have encountered several Magikarp at that level. Meanwhile, a level four Battle could find you on the opposite end of an insanely overpowered Tyranitar at nearly 35,000 CP. That would be impossible to take down alone, right?

Exactly. And that’s why Raid Battles are multiplayer-centric events. Sure, you can take them on solo, but the chances of you beating a level three Battle solo seem nigh impossible. But if you can wrangle a few friends, or team up with some random players nearby, then you have a much better shot of winning out. Up to 20 people can participate in a simultaneous Raid Battle, should you happen upon the incredible scenario of 19 other people congregated in the same spot to play Pokémon Go.

That’s pretty unlikely these days. Back when Pokémon Go first launched, you’d see packs of people roving around parks and cities, playing together and enjoying the initial thrill of the launch. Pokémon Go still has a solid player base, but not nearly to that early level. In my very first Raid Battle, I happened to find two other people to play with—and that wasn’t quite enough firepower to take down the level four Charizard we faced. But in every other Raid Battle since, I’ve ended up playing solo.

If you don’t have Pokémon Go-playing pals handy to Raid with, then you might want to try some of the fervent online communities around the game. For example, I found a Chicago-centric Facebook group in which players were posting appealing Raid Battles and looking for allies, and then that pointed me to a Subreddit of nearby die-hards. And from there I found a Discord group with active users looking to play in packs. Your city or community may vary, but it’s worth a look around.

In any case, whether you’re playing solo or with an assembled group, it’s worth doing a little bit of prep before each battle. You’ll have two minutes to pick your ideal lineup of six Pokémon, as well as lavish them with any healing or revival items you might have.

When choosing your lineup, it’s worth considering which Pokémon are the best counters to the boss monster—the ones that will do the most damage, not necessarily just your Pokémon with the highest CP ratings. In this case, we can turn to the hive mind for help: hardcore Pokémon Go resource site The Silph Road has a full listing of the best counter Pokémon on its Subreddit; it’s worth keeping that page bookmarked on your iPhone, or maybe copy down the critical info into Notes.

Once the two minutes have passed and everyone is ready, it’s time to battle. These battles are much like the familiar Gym fights, albeit now with all of your other comrades encircling the boss. You’ll tap for basic attacks, hold down a finger for a special attack, and swipe in either direction to dodge—and you’ll have 180 seconds to collectively take down the boss. The time limit can be a killer: I’ve done solo Raids in which my six Pokémon might have eventually been able to take down the boss, but I ran out of time because it’s such a slow grind on your own.

Should you succeed, you’ll get a nice bounty of XP as a result, along with special items like the Golden Razz Berry, Rare Candy, and Fast and Charged TM (technical machines) used to teach your Pokémon new moves. You’ll also get a small stack of Premier Balls, which are white with red markings.

And then you’ll need to use the Premier Balls to try and capture a weakened version of the Raid Boss you just pummeled. You can use candy to help your cause, but only the Premier Balls are available to try and capture the Pokémon—and if you run out of those balls before it is captured, then it’ll flee and you’ll leave empty-handed. That could be pretty crushing after a hard-won battle, especially since rarer Pokémon are found in some Raids.

That’s the gist of Raid Battles for now. We’ll probably see additional Pokémon types added as Raid Bosses over time, and surely we’ll get the promised level five Battles at some point—maybe at the aforementioned Pokémon Go Fest in a couple weeks.

Gear Up for Gyms

While the Raid Battles are the most enticing part of the new update, you may also notice that the Gyms themselves have changed quite a bit when not in the midst of a Raid. Making all the Gyms double as PokéStops is a nice bonus, but that’s only one part of the transformation.

As before, each of the game’s three factions can battle for control of nearby Gyms in the game, and if your team commands the spot, then you can place one of your Pokémon there to protect the Gym from attackers. How it unfolds from there is a bit different from before, though. Now your Pokémon will stay put until it loses motivation, which happens gradually as other faction players challenge it.

Once a Pokémon’s motivation is sapped, it will return to your lineup the next time it falls in battle. But you can help each Gym’s Pokémon stay motivated even after you’ve placed a creature within. That’s because you can now feed Berries to the Pokémon when you visit, which helps ensure that they’re powered up and ready for the next challengers. Any common Berry will help boost their motivation a little bit, while the new Golden Razz Berry can fully restore all of the monsters’ motivation.

In other words, if you have Pokémon holding down a nearby Gym, it’s worth popping by regularly to toss some berries their way. That’s especially true thanks to the Defender bonus, in which you can earn free PokéCoins each day that a Pokémon stays put. You’ll also earn the new Gym Badges for visiting and protecting Gyms—and as those Badges level up over time, you’ll earn bonus items each time you visit in the future.

From what I’ve noticed, the new motivation system seems to allow teams and players to stay more entrenched in Gyms than ever before, especially if an area has a lot of players from the same faction. The ability to keep your Gym’s Pokémon powered up with Berries—and the fact that anyone can pitch in, not just the owners of those particular Pokémon—certainly helps with that. I spent a lot of time wandering around and playing the game before I found an allied Gym with an opening for my Pokémon, but again, your experience may vary.

All told, however, the Gym changes seem to encourage and reward frequent, continual play, which is sure to appease the die-hards and maybe provide incentive for old fans to get back into the habit. Both the new Gyms and the Raid Battles can seem intimidating if you don’t play much, but if you start with the lower-level Raids, keep an eye out for Gym openings, and try to keep your defending Pokémon motivated, then even casual players can have a lot of fun (and success) with these new additions.