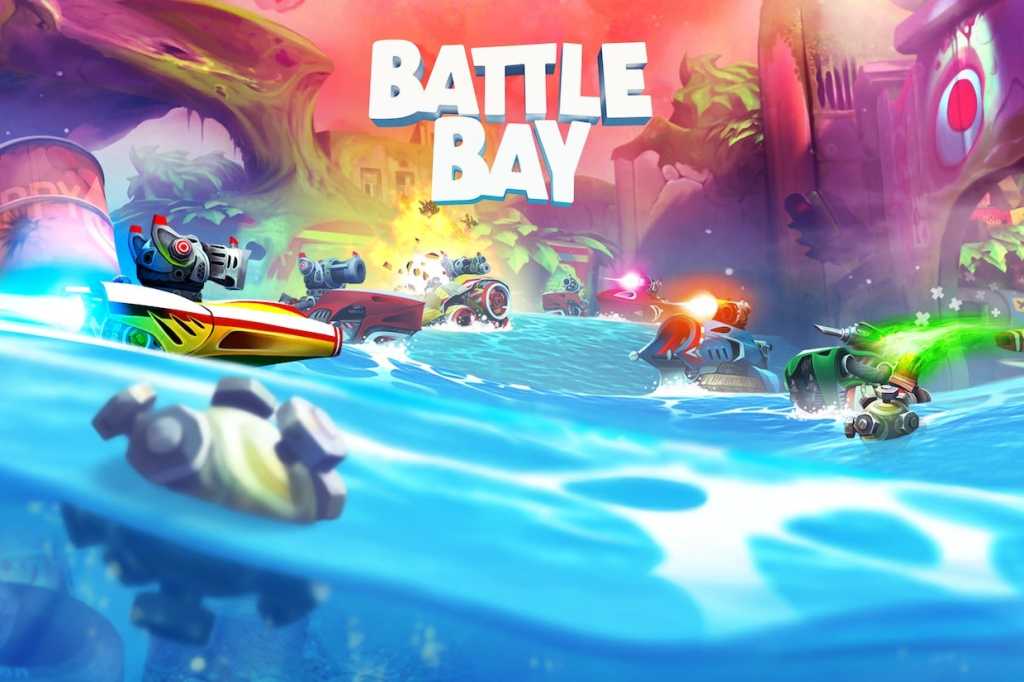 Rovio is best known for Angry Birds, but that franchise falls deeper into irrelevance with each passing entry. The latest, Angry Birds Evolution, is an almost impressively misguided attempt to give the brand a gritty makeover… because what’s been missing from the pull-and-fling franchise is surely a harder edge and 100-plus new characters, right?

Luckily, the company is starting to look past its fading cash cow, as well, and Battle Bay is a much more appealing iOS debut: it’s a five-on-five boat brawler, in which you’ll navigate choppy waves alongside real online allies to try and sink your opponents. Battle Bay is slick and easy to understand, and it makes a strong impression—but it also has a lot of freemium elements in play. Does Rovio’s new experience remain satisfying after the first few matches pass?

Battle Bay feels a lot like World of Tanks: Blitz on water instead of land, albeit with a colorful, cartoonish look that comes off like an extension of Angry Birds—at least the original, non-gritty version of Angry Birds. You’ll pick a small boat, strap on a couple of weapons, and then take to the seas to try and dominate the other team within five minutes.

You’ll guide your little cruiser with a couple of virtual analog sticks on the screen, watching it putter around as the giant waves batter it a bit. And then it’s show time, as your five-player crew encounters the other and attempts to have the last boat(s) still floating at the end. Each map can be won in one of two ways: by completely destroying the other squad, or by capturing a mid-map base by staying within its bounds for a certain amount of time.

Death can come swiftly, and it sticks, too. Once you’re blasted out of the water, you’re done for the match—and forced to sit back and watch as either your teammates finish the job you couldn’t, or are gradually decimated in front of you. Luckily, the speedy matches and serious firepower in play ensure that you shouldn’t have to watch for more than a minute or two before you’re able to jump into another match.

Of course, progression is key in a free-to-play, multiplayer-centric game like this: you can upgrade and swap out weapons, armor, and abilities, as well as choose between multiple types of upgradeable boats—and upgrades require both currency and parts. Meanwhile, there’s a whole sub-system of abilities upgrades available by “training” your crew in the menu screens and waiting for the timers to tick down one by one. Truth be told, Battle Bay is more complicated outside the game than in the heat of combat.

At least there’s nothing complicated about Battle Bay’s energy system—because it doesn’t have one. That’s a very good thing, of course, because nothing would kill the fun more in a multiplayer game than having to wait 30 minutes for another match, or being forced to spend money or watch an ad to keep playing.

Battle Bay finds other ways to make money, however. The game frequently parcels out various rewards or daily freebies, and it has a whopping four different currency types in play. You’ll use gold to buy ships and items, sugar to upgrade crew members and items, stars for buying special crates, and pearls to skip timers and buy missing resources during upgrade processes.

Why does a game need four currency systems? The confusion probably helps Rovio when players are annoyed and desperate, and willing to spend a few bucks on upgrades. And it’s also limiting, because you might earn plenty of one type of currency, but not the type you really need for a certain kind of upgrade or ship. Again, that puts you right back into the store, where pearls are sold in bundles up to $100 a pack, and then pearls can be traded for gold and sugar. Stars, at least, are only earned through battle.

As mentioned, Battle Bay does seem pretty giving with its rewards, even if they’re often in small tallies—and you can even boost your post-match rewards by watching a video ad, if you’re willing to trade 30 seconds of your time for extra goods. And the game will also sell you discounted bundles for a quick kick start. I ultimately spent $5 on a “small starter pack” that gave me a couple of items, a scrap-packed treasure chest, and 100 pearls per day for 10 days, assuming I logged in each day. For daily players, that’s not a bad little boost.

There’s some advantage to spending money in the game, unfortunately, which diminishes Battle Bay’s competitive balance. By spending money on pearls, you can skip the timers to quickly level up your crew, buy materials to boost your weapons and items, and gradually boost your player level so that you can access better versions of the boats.

However, there’s a counterbalance in the infamy rating, which rises and falls with your teams’ wins and losses, respectively, and is designed to keep you playing against people at your relative skill level—and thus, likely opponents with the same level of gear and weapons. However, the matchmaking is not foolproof, and I’ve been in matches with vastly overpowered opponents. Did they get there by spending a ton of time in the game, or by pumping in a bunch of cash? You’ll never know, and that could frustrate the hell out of you.

As with pretty much any free-to-play multiplayer game that offers paid advantages, my advice is this: don’t get too serious about Battle Bay and you won’t be disappointed. Rovio’s game is a lot of fun for quick shootouts, it’s super attractive, and the waves add a unique strategic element that we usually don’t see in head-to-head shooters. There’s a lot to like here.

However, there’s just so little upside in trying to spend your way to success in an online game that lets you pay to get ahead, and that’s definitely true with Battle Bay as well. Play it casually without spending much (if any) cash within, and you’ll probably have a lot of fun with it.