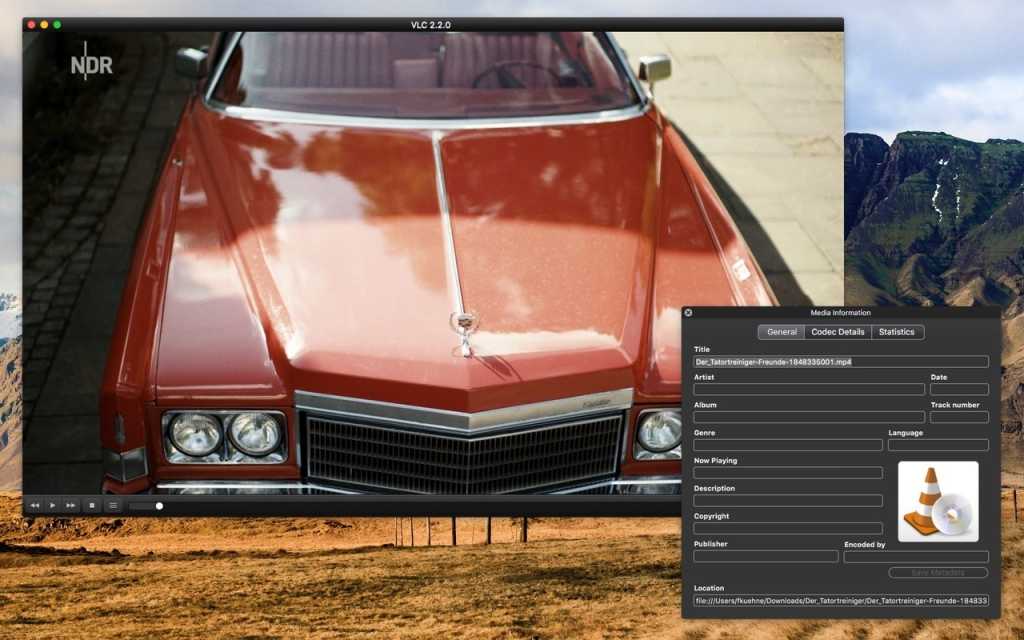 When you export a video file in Apple’s QuickTIme Player or iMovie, does the resulting file size leave you confused? Maybe you have had the same experience as read Rob Dlutek:

First, I took an MP4 file (90.4MB), trimmed it at the beginning and the end and exported to disk, lowering the resolution from 720p to 480p. The resulting file was 132.5MB! Then, I took the original file, trimmed it and saved it (Command-S) without making any adjustments to the size. The result: 88.8MB. That was close to what I expected, but the file was still way too big for using on the web.

Trimming a movie in QuickTime Player and saving it retains the trimmed video data, but marks the points to play. You can see this by playing the saved version in a non-Apple video player, like VLC, which ignores the trim marks.

Ostensibly, using Save As (hold down Option and select the File menu) allows you to save a “destructive” copy in which the trimmed portions are removed. (However, I can’t find a definitive answer in Apple’s documentation, from people’s online posts, or in testing.)

On my Mac, every movie file in any format I open only presents me with File > Save, which indicates the movie has been imported in some form. Even saving the file immediately and opening that resulting file still shows Save, so I cannot test passthrough trim changes. It’s hard to tell whether this is a bug or an unexplained “feature.” (Apple’s QuickTime documentation is scant.)

But the more significant issue here is what’s missing entirely: export options. Rob notes he exported his 720p file at 480p, and got a larger file in result. Rob then imported his file into iMovie, chose the lowest resolution of 540p, and got an estimate that the output file would be even bigger: 166.8MB! He asks, “Surely, there must be some catch I don’t know about…” This seems counterintuitive, but it comes from how video files are stored, played back, and export.

Video is almost universally compressed. In compression, algorithms scan regions of an image or both regions of frames and differences between frames in video to find patterns or approximations. If a large area of an image or frame is more or less the same blue, with a high level of compression, it becomes all blue and takes just a few bytes to store. The higher fidelity you want, the more tonal and motion variations are preserved, and the bigger the file.

When QuickTime Player and other software plays back a video, it decodes the compression, and modern iOS and Mac (and other makers’) devices have built-in chips that handle that decompression for real-time playback, rather than handling it in software. But when you export a clip, the software has to decode it and then re-encode. That decoding restores the original frames as if they were uncompressed, and then then applies your new export options. (This is called transcoding if you’re converting from one format to another.)

The older versions of QuickTime, notably QuickTime 7 Pro, and older versions of iMovie let you dig into settings much further. This let you fiddle knobs to create a more optimal resolution and compression ratio for your purposes.

The newer version have very few options. QuickTime Player doesn’t let you control any variables: it just offers several prefab export sizes and destinations. iMovie is a little better, with a slider for compression level, but you can’t dig in the way you could.

Rob is getting bigger files because the movie he created was compressed either more efficiently or at a higher compression ratio than the settings used by both QuickTime Player and iMovie to export it.

If you want better options, you have to move up to professional tools, because the inexpensive and free options available for this kind of straightforward operation all seem to have been abandoned. One of the most recommended free tools was last updated in 2012.

There’s one exception. VLC, which is free and open source, has a couple of kinds of video transcoding, but requires a lot of mastery. Unlike Apple’s products, there are endless dials to fiddle.

I’d recommend using File > Convert & Stream as the most straightforward approach. I took a 230MB MP4 file and used the prefab profile “Video – H.264 + MP3 (MP4)” setting, and the output result looked identical to me on a 5K iMac and consumed only 100MB.

If those pop-up options don’t do the trick, there’s a Customize button next to the pop-up menu. You’ll need to devote a fair amount of study to how to adjust those levers to get optimum results. But once you’ve figured that out, you have a workflow.