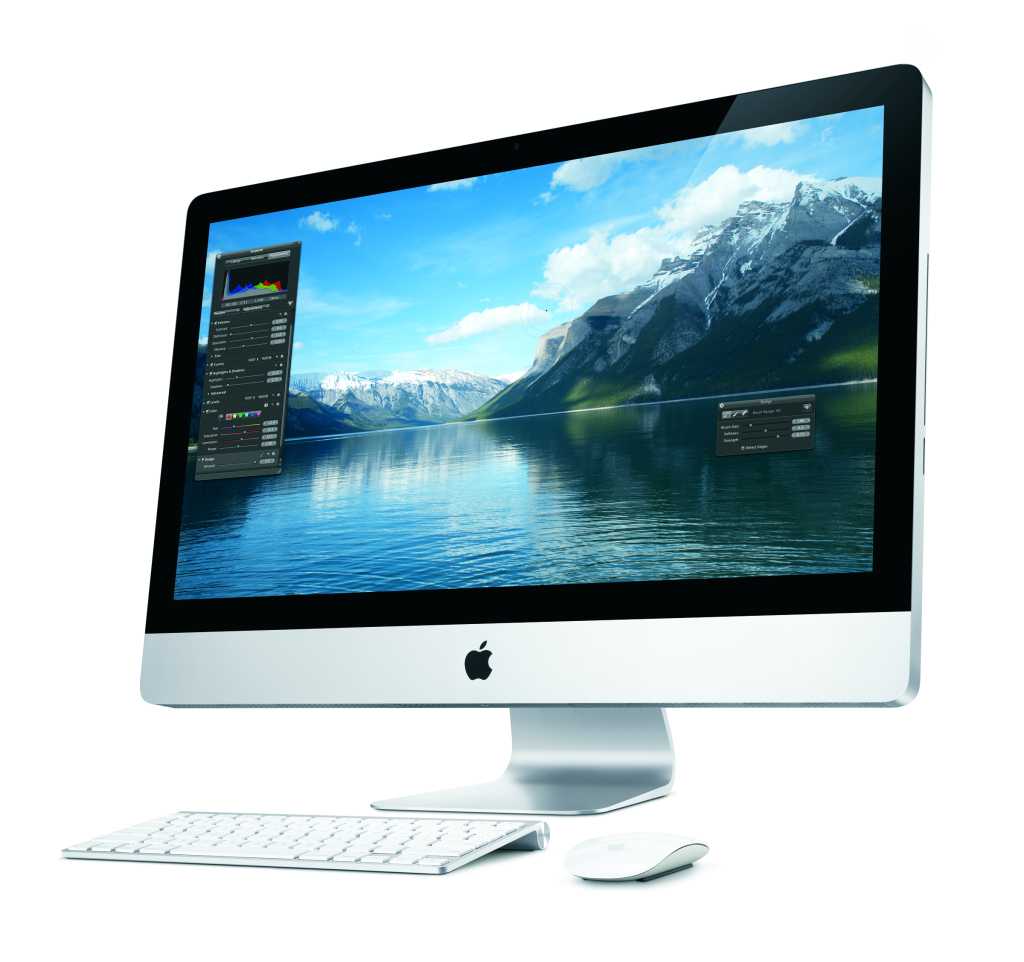 Editor’s note: We’ve updated this article with advice from readers who have had the same problem.

Cecil Usher wants to give his granddaughter a 2010-era 27-inch iMac. However, there’s a problem.

Cecil took the iMac to an Apple-authorized service center that couldn’t replicate the problem and their diagnostics found nothing wrong. However:

We took the machine home and the screen came on at startup and within a minute went blank. This has been happening for over a year.

Without laying hands on the computer, my guess is this is an electrical fault that has a thermal component. While I haven’t seen this recently, in my youth—when I was more hands on with soldering irons and circuits—it was relatively common to have faults that only materialized under certain circumstances in which heating or cooling caused expansion or contraction that caused a temporary gap in whatever conductive material was passing electricity.

(As a child, my family had a color TV set, but when it heated up, it shifted to black and white. We had to bang it to get color back. Banging the set jarred the discontinuity in the solid-state circuit that did color decoding. Yes, I’m that old.)

With modern manufacture, that sort of nonsense is much less likely, but given that moving the iMac into a different location made the problem impossible to replicate lends credence. In movement, it might have been jarred, or the repair facility might be heavily air conditioned or not at all, while Cecil’s home is the opposite.

I suspect the repair shop only ran hardware diagnostics via software, which wouldn’t reveal this, and didn’t open it up. It might cost $100 or more to have someone qualified crack the case and look for signs of failure, at which point unless they’re handy with a soldering iron and it’s something that can be fixed with molten tin and lead, it won’t be worth repairing.

Just to on the safe side, I always suggest the following as part of diagnosing video issues:

Unfortunately, an external monitor is likely the best way to keep using this iMac if the two above troubleshooting options don’t help further.

Since we first posted this article last week, many readers wrote in with additional advice.

One correspondent realized that the issue was absolutely basic: the vent holes on the back and bottom of his 2011 iMac were covered in dust. He removed the dust, and a thermal sensor stopped shutting down the display. You can use a vacuum brush attachment or compressed air. (If you use compressed air, remember to power down the Mac, and place it in a position so that you keep the can of air upright. Otherwise, you can spray liquid out of the can that evaporates so rapidly it causes freezing on surfaces it touches, and can damage the case and the screen.)

Reader B. Jefferson said a friend’s iMac had a similar problem due to an imperfect upgrade by a previous owner. “There was a gap in the thermal paste that prevented the screen from making full contact with a sensor along the bezel. That gap caused periodic screen blackouts. Pressing on the affected spot could restore light temporarily.” You’d need to find a shop that was willing to disassemble and reassemble a Mac to fix this problem.

Yet another had an issue with a 2009 iMac’s backlighting: sometimes the monitor works, but when the backlighting fails, you can’t see anything on the display. While he replaced the screen, the problem came back. He noted that in his case, putting the iMac to sleep through a keyboard shortcut (Control–Shift–Power button or Control–Shift–Media [CD/DVD] Eject) or by pressing and quickly releasing the iMac’s power button. Waking it would re-activate the backlighting, at least temporarily. Running it with a dimmer setting for screen brightness also worked.

Tye found that an Epson printer that used Wi-Fi for network connections appeared to cause an iMac blackout. Moving the printer further away reduced the frequency of blackouts, but didn’t entirely eliminate them. We know that improperly shielded monitor cabling can allow Wi-Fi to affect displays and even system crashes, so this is another variable to try to eliminate when troubleshooting.