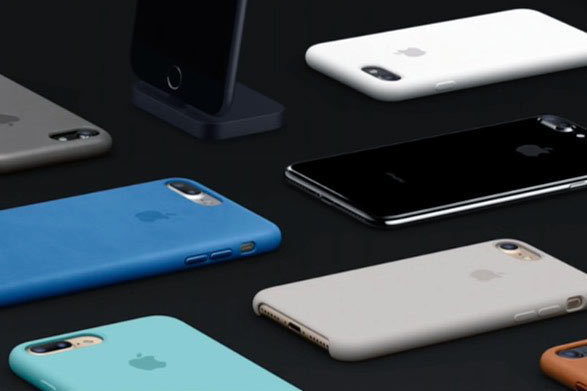 If you were following Apple back in 2010, you remember the infamous iPhone 4 leak. The handset that introduced the world to FaceTime, the Retina display, and a stunning design that lives on to this day in the iPhone SE was plastered all over Gizmodo some two months before its formal introduction. Even in the age of rumor sites and Reddit, it was a rare red-faced moment for Apple.

And from the looks of it, it has happened again. No, the iPhone 8 wasn’t left in a California bar by an absent-minded Apple employee, but a ton of information about the next iPhone was inadvertently leaked by an unwitting engineer. A pre-release version of the HomePod firmware was accidentally uploaded to a public server earlier this week, and naturally, developers quickly downloaded it and starting digging for clues. And boy were there a lot of them. So read ahead and be sure to follow our constantly updating iPhone 8 rumor article for all the latest leaks.

The bezels are shrinking, big time

The very existence of the iPhone 8 in an “S” year tells us that it will be a radical change from the current iPhone design, but Apple has all but confirmed just how different it will look. According to a scalable vector image spotted by developer Steven Troughton-Smith, the new handset design matches up with the rumors of an all-screen front that dispenses of the Home button. The picture isn’t very detailed, but it does show a design somewhat reminiscent of the LG G6, but with uniform skinny bezels all around.

There will be a camera notch

One of the defining—and likely controversial—aspects of the new iPhone appears to be a notch at the top of the screen for the camera and sensors. And Apple isn’t trying to hide it. In the iPhone 8 icon discovered inside the firmware, the crude drawing clearly shows a notch jutting into the top of the screen. We’ve seen a similar design in the upcoming Essential phone, though Apple’s is far more pronounced.

Purists might balk at the seemingly un-Apple-like decision, but it might not be so bad in practice. Troughton-Smith found references to a new “split” status bar that would presumably place the battery and Wi-Fi icons around the notch, and he also notes that the status bar “seems a lot more complex and powerful in design, maybe even interactive.”

The screen will be even more Retina-y

Ever since the iPhone 4 introduced us to the pixel-less world of Retina displays, nearly every Apple display has shifted to the eye-friendly standard (sorry MacBook Air fans). But now it seems as though the iPhone will up the ante again. During his code spelunking, Troughton-Smith found references to a new screen resolution of 1125 x 2436 with a robust a 521 ppi pixel density. The would represent a healthy bump from the 750 x 1334 and 1080 x 1920 resolutions in the iPhone 7 and 7 Plus, respectively.

AR is a big deal

Apple is killing it when it comes to augmented reality. While its ARKit platform was only just released at WWDC in June, developers have already made some truly amazing things with it, and it’s clear that Apple has big plans for AR. But it will be the iPhone 8 that fully unlocks its potential. We’ve already read rumors of a 3D laser system and a depth-sensing camera camera, but Troughton-Smith also spotted a curious reference to “ARFaceAnchor” in the HomePod firmware. This suggests that there will be specific AR features tailored for the iPhone 8.

Rumors have already suggested that Touch ID will be going away in the iPhone 8, and Troughton-Smith’s probing seemingly confirms it. Not only did he not find a single mention of the under-the-display “ultrasound” Touch ID we were all hoping for, he discovered a trove of “BKFaceDetect” references inside the BiometricKit framework, alluding to a new system of unlocking the phone using our mugs rather than our fingers. Based on his findings, Troughton-Smith has surmised that the new system, code-named Pearl ID, will support multiple faces and use an infrared sensor for low-light situations. And there’s also a “passbook.payment.contactlessinterface” reference suggesting Apple Pay support as well.

A tap will wake the screen

Without a home button on the front, we’re going to have a harder time unlocking our iPhones when they’re resting on a table, but Apple has apparently solved that problem. Troughton-Smith spotted a reference to tap-to-wake, meaning you’ll be able to tap or double-tap on the screen to bring it to life. Android phones have enjoyed the feature for years, but it would be a new—and welcome—addition to the iPhone.

Without a physical home button, Apple will need to go the Android route and make a virtual one on the screen to aid with navigation. So it’s no surprise that Troughton-Smith found repeated references to a “home indicator” that will seemingly only appear when you need it. What’s more, the previously rumored “function area” looks to be legit. The resolution Troughton-Smith unearthed suggests apps will only take up a 5.15-inch portion of the rumored 5.8-inch screen screen, presumably leaving an area at the bottom for buttons and shortcuts.

There will be three new models

And Apple might have tipped us off to the release date, too. In its fourth-quarter guidance, Apple expects between revenue between $49 billion and $52 billion, significantly higher than the $46.9 billion it reported in the same quarter last year. That likely means Apple is planning on shipping a pretty good amount of iPhones before Sept. 30.

You won’t have to plug it in

We’ve been hearing for months that wireless charging will finally arrive with the iPhone 8, and now there’s confirmation that Apple is indeed working on a new charging system. There are two clues here. The first is a new battery icon specific to the iPhone 8.While that could be written off as a simple design decision, a Redditer also found references to “charge inductive” and “high voltage” in the code. That likely means Apple will introduce fast charging and wireless charging in the iPhone 8, though we’ve heard whispers that it won’t be ready at launch.

The camera will be smarter

It’s not a surprise to hear that the camera will be getting an upgrade in the next iPhone, but the HomePod firmware gives us a hint as to how much better it will be. Developer Guilherme Rambo found a reference to a new SmartCam mode that will presumably be able to detect your surroundings and fine-tune the exposure, focus, and white balance accordingly. Among the modes he spotted are baby, pet bright stage, fireworks, sky, snow, and many others. It might not seem like much, but it could end up being the most used feature of the iPhone 8—and based on what we know, that’s saying something.