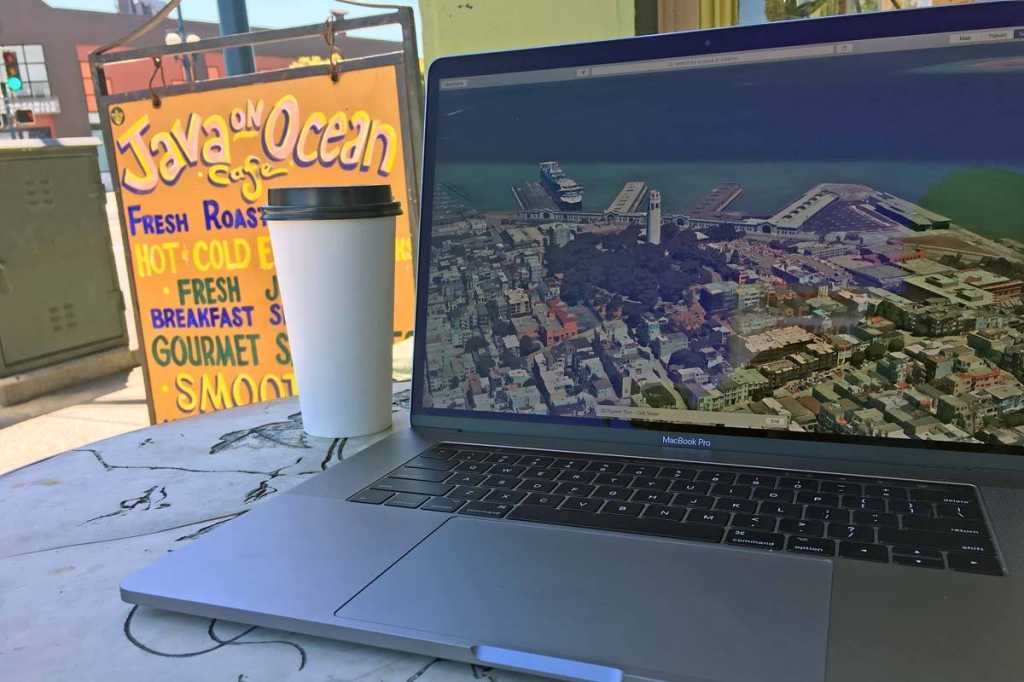 Apple’s Mac sales could use a shot in the arm. While a small group of die-hards are eagerly waiting to snatch up the $5,000 iMac Pro and whatever Apple has in store for the Mac Pro next year, the majority of Mac users are opting to spend their money on iPads or new iPhones instead. Yearly shipments were down nearly 10 percent in 2016, and barring a massive fourth quarter, they’re on pace to post another dip again this year.

Apple may be leading the post-PC movement, but it would surely like to reverse this trend. The new iMac and Mac Pro will provide an immediate sales boost, but neither is likely to bring the kind of long-term growth Apple craves. With upgrade cycles becoming longer and our iOS devices getting more powerful, Apple would love to find a way to entice customers to regularly update their Macs like they do their iPhones, not just when they reach the end of their lifespan.

And a new program introduced by one of its oldest competitors just might be the answer.

Microsoft is relatively new to the PC hardware game, but it’s made a big splash with its ever-expanding line of Surface tablets, carving out a Mac-like niche in the luxury PC market. However, sales of the hybrid PCs have hit something of a stumbling block (its recent public censuring by Consumer Reports notwithstanding), and Microsoft is turning to an idea popularized by smartphones to help fix it.

The recently launched Surface Plus plan basically takes the iPhone Upgrade Program and applies it to PCs. Think of it like a car lease. Instead of committing to paying the full Surface sticker price—which, like the MacBook Pro, can easily top $2,000 depending on the model and BTO options—you spread your payments over 24 months with zero percent interest and no down payment. Then after 18 monthly payments you’ll have the option to pay off the remainder of the device and keep it, or upgrade to the latest model and start all over.

The Surface Plus plan might be the most Apple-inspired product Microsoft has ever released (I’m looking at you, Zune). And I wouldn’t be surprised to see Apple implement something similar with the next round of MacBook updates. In fact, I’d be shocked if it didn’t.

The math adds up

For anyone interested in buying a Surface, the Surface Plus program is a no brainer. There’s no extra cost, palatable payments, and it’s an excellent way to get the exact machine you want. For example, you can jump to the 256MB Surface Book with Nvidia GeForce graphics for $16.67 more a month over the 128GB/Intel HD Graphics base model. That would normally cost you $400 out of pocket.

It’s easy to see how Apple could use this program to move more Macs. The iPad might be drawing many people away from its desktop machines, but the biggest barrier to adoption isn’t form factor or OS, it’s price. The cheapest Mac that isn’t the hopelessly-out-of-date Mac mini is the $999 13-inch MacBook Air. Even with the all-important sub-$1,000 price tag, that’s still a pretty high hurdle, especially when you can get an iPad Pro for $649. And if you want modern features like the Touch Bar or retina screen, you’ll have to spend hundreds of dollars more.

But an upgrade program would make the Mac line much more appealing to customers. Like the iPhone Upgrade Program, it would spread a big bill into little chunks and make high-priced BTO options much easier to handle. Under a Mac Upgrade Program, a fully tricked out 15-inch MacBook Pro would cost $175 a month and a $5,000 iMac Pro would work out to $208 a month. Now, a $200-a-month bill is by no means a bargain, but it could definitely push a few fence sitters over the edge, especially if they had the option of turning it in for a cheaper model after a year of payments.

While Microsoft is clearly hoping the Surface Plus program will spark a serious Surface growth spurt, a similar plan for Apple would be more about existing Mac customers than new ones. It’s not just that less people are buying Macs, it’s that people are waiting longer to upgrade their existing models.

And a Mac upgrade program would address that very issue. Case in point: I purchased my last Mac when the first retina MacBooks launched more than five years. I’d love a new 15-inch MacBook Pro with Thunderbolt and Touch ID, but it’s hard to justify the purchase when my old MacBook works fine and runs High Sierra. Heck, I have an iMac from 2007 that I still use.

But I will be getting a new iPhone when the next model launches. I signed up for the iPhone Upgrade Program last year with the 7 Plus, and I have no intention of ever skipping a release again. And If there was a similar Mac program I’d sign up in an instant. Sure, some people will argue that you’re not actually buying anything, and that may be true, but for my money (and I suspect most others) the price of a new technology far outweighs the eBay resale value.

Return of the Mac

The Mac is the ultimate gateway to the Apple ecosystem. It’s why it still occupies the coveted first spot on Apple’s homepage navigation menu and why Apple continues to spend considerable resources on developing macOS as a separate operating system rather than combining with iOS.

Like Microsoft, Apple makes most of its money from other sources, and an upgrade program isn’t about to flip that script. But while Microsoft will surely be able to drum up some sales with its Surface Plus program, it would represent a sea change in how we think about the Mac purchasing. No longer would it be a five- or 10-year investment. Instead, every new model would be a reason to upgrade, even if we would never consider buying it outright. I would never spend $5,000 on a new iMac, but for $200 a month for a year, I’d certainly consider it.

It’s such a perfect fit, I’m surprised Apple didn’t think of it first.