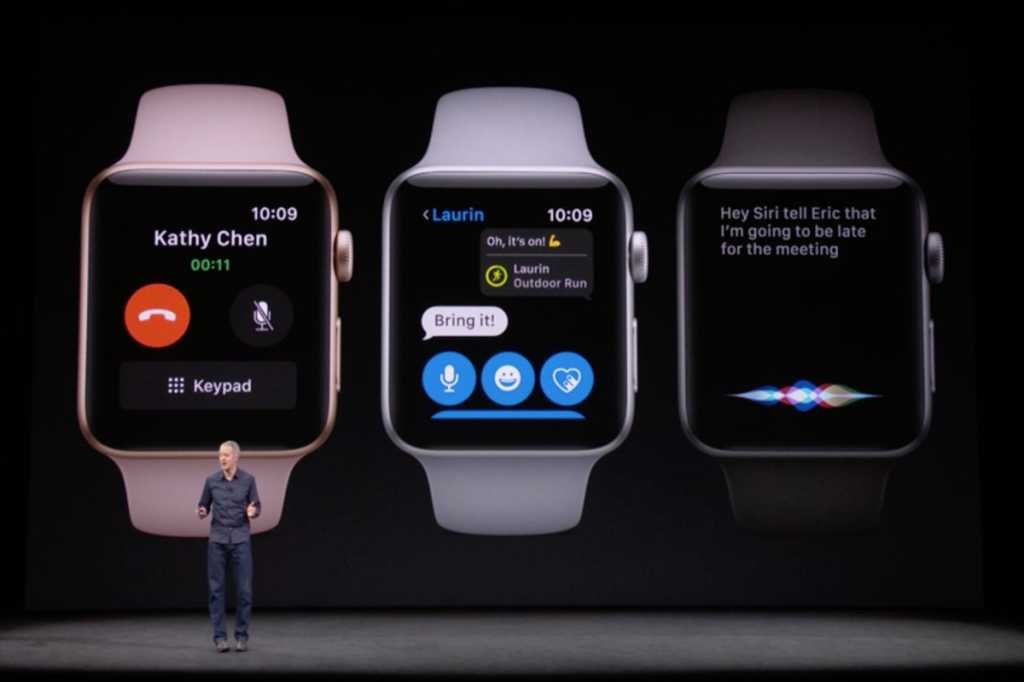 If you’ve decided to buy an Apple Watch Series 3 with cellular, it’s going to cost you. For one, it’s $70 more than the GPS-only Series 3 watch. But there’s also a somewhat hidden cost: You’re going to need a data plan.

Don’t worry, you’re not going to need a separate data plan just for your watch. But even though the wearable uses your existing wireless plan, LTE connectivity on Apple Watch Series 3 doesn’t come free. No matter your carrier, you’ll be paying a little extra in your monthly bill. So, before you commit to more charges, consider how much an Apple Watch data plan will cost.

Editor’s note: T-Mobile has changed their policy and will offer 4G speeds at $10 per month.

Verizon customers will pay an extra $10 a month for the privilege of using an Apple Watch Series 3 on their plan using the NumberShare service. The carrier is offering the first three months free, for a limited time. Verizon also charges a one-time activation fee of $30.

Apple Watch Series 3 data will cost $10 monthly on AT&T’s network under NumberSync. The carrier is offering three months free (in the form of a $30 credit) and is also giving a $25 activation fee credit for eligible customers.

You’ll pay $10 a month on T-Mobile’s network for Apple Watch Series 3 with Digits, and the carrier is offering the same 3-month introductory offer as its competitors. After a brief kerfuffle over a cap on speeds to 3G levels (512kbps) on its T-Mobile 1 unlimited plan, T-Mobile has a announced all customers will receive high-speed 4G LTE data for $10 a month. Initially, it was planning to change twice as much for the faster speeds.

Sprint’s data plan for Apple Watch Series 3 costs $15 a month, but customers who sign up for auto-pay will get a $5 discount, bringing it down to the same $10 as the other three carriers. And Sprint is also offering a three-month free trial with no activation fee.

Apple Watch Series 3 pre-order will begin Friday, September 15 at midnight PDT/3 a.m. EDT through Apple.com or the individual carrier sites. The regular, Hermes, and Edition versions will ship the following Friday, September 22. The Nike Plus models will ship Friday, October 5.