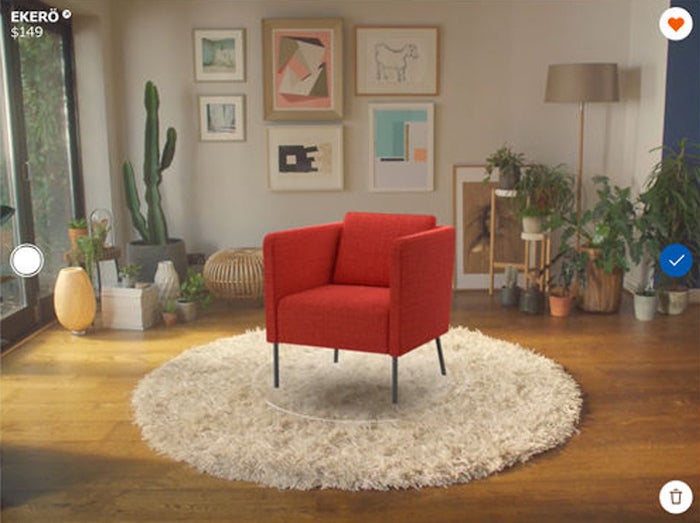 I’m not one to toot my own horn, but a couple months ago I theorized that Apple was absolutely working on a heads-up augmented reality display. This week, lo and behold, a Bloomberg report seemed to confirm that conjecture, adding that such a device could ship by 2020.

Meanwhile, in the company’s most recent financial results conference call, Apple CEO Tim Cook once again made it clear that AR is at the top of his agenda, saying it will “change the way we use technology forever.”

Both of those closely followed the releases of new iPhones and a new version of iOS, all of which boast augmented reality as a selling point; indeed, Apple says the A11 Bionic chip inside both the iPhone X and the iPhone 8 series is specifically designed for AR.

So, sure, Apple is investing heavily in augmented reality. It wants the technology to succeed, that much is clear. But AR is still in its infancy and if it’s going to capture the world’s enthusiasm as seems to have Tim Cook’s, it’s going to need a couple things first.

Go to the App Store these days and you can pretty easily find a category of featured AR apps, from games that let you play in the real world to utilities that let you, for example, measure items around you. But so far, much of what AR can do hasn’t yet surpassed the point of being a gimmick.

AR is a technology that’s still desperately in need of its killer app—and it isn’t seeing if a couch fits in your living room. Gaming often pushes the boundaries of what tech can do, but so much of AR-enabled gaming is still limited, requiring you to hold your device in one hand while manipulating an interface with the other. That’s one reason I argue that AR isn’t going to reach its true potential without some sort of hands-free device. Until then, using AR is like peeking through a window into the future instead of having a door that lets you walk into it.

Say what you will about Microsoft’s Holo Lens, but I’m convinced Redmond is on the right track by building a standalone device that lets users interact with a virtual environment. The Holo Lens might not be the gadget that pushes us into the AR future, but it’s certainly forward-looking.

Wearable devices, especially glasses or goggles that go on your face, have a real uphill climb ahead of them. Apple’s been pushing into the wearables space with the Apple Watch and AirPods, but both of those have the advantage of being reasonably unobtrusive, as well as working in established categories (watches and headphones, respectively).

Moreover, the Apple Watch has a powerful valuable proposition as a wearable, because there is intrinsically something to be gained by wearing it all day. Since the device monitors health-related data, you’re getting a benefit from it even while you’re not actively using it. And by collecting that information over time, it ends up becoming even more useful, as you now have a history of data—and, more to the point, entices you into continuing to use it further.

In order to be successful, an augmented reality wearable needs to ideally build on that same idea, finding a way to be continually useful even when you’re not actively engaging with it. If, for example, it’s a pair of glasses that you only put on when you’re using AR, then what’s to distinguish it from the virtual reality experiences that Apple and Cook seem to view in a far less complimentary light?

Of course, AR is just getting started, and the new iPhones are only the beginning. With Apple’s purported AR wearable still a few years away, the company at least has a decent amount of time to figure out where augmented reality really shines. At least some of that is going to come from seeing what third-party developers do with the technology, which is a big reason that Apple has made a point of creating the tools for them to experiment.

But seeing what else Apple itself invests into the area is going to be a major part of it as well; the company needs to put its time and money where its mouth is. In the same way that Apple’s HomeKit platform felt empty until the company built the Home app, Apple may need to lead by example in AR as well. Because as much as Apple has talked about AR changing the world, it has yet to show us exactly what that new world looks like.